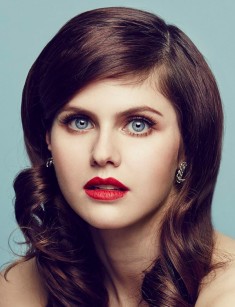 Alexandra Anna Daddario is an American actress, who became famous after the release of the film series about Percy Jackson, as well as the series True Detective and the film Baywatch based on the television series of the same name.

Alexandra was born on March 16, 1986, in New York City to a family of lawyers. Mother Christina worked as a lawyer, and father Richard served as a prosecutor and headed the police department counter-terrorism unit. They also brought up two more children - sister Catharine and brother Matthew Daddario. He has become an actor (TV series Shadowhunters) as well.

Alexandra attended the Brearley School, but at 16 she went to Professional Children's School, where she could play in a theater. Then the girl studied acting at Marymount Manhattan College.

Alexandra Daddario began to dream of an acting career at age 11, but she could make her television debut at 16 when the girl was invited to play victimized teen Laurie Lewis in the soap opera All My Children. Later, there was a long break in her career because of studying. Subsequently, Alexandra took part in the filming of the popular television series Law & Order, Life on Mars, The Sopranos.

Daddario made a breakthrough in 2009 when she played Kate Moreau, the beloved woman of the protagonist (Matt Bomer) in the serial White Collar. This role did not bring the actress great popularity, but the directors of the new fantasy film project noticed the actress and invited Alexandra to play Annabeth Chase, the daughter of the goddess Athena, in the youth adventure film Percy Jackson & the Olympians: The Lightning Thief. Alexandra Daddario was nominated for the Teen Choice Awards for this role, and the actress became world famous.

Three years later, Alexandra took part in the sequel Percy Jackson: Sea of Monsters, which only increased her popularity. Daddario says that this role was quite significant. The young woman is glad that she could participate in the project that inspires teenagers.

In 2013, Daddario also starred in the horror film Texas Chainsaw 3D, a sequel to the 1974 movie. Alexandra did not watch the previous series, because she did not like films of this genre as they frightened her. But when Daddario agreed to play, Alexandra had to watch them, and the actress considered these films exciting. However, watching the final version of the film, the actress still felt fear, although she knew that she took part in this shooting.

In 2014, the neo-noir psychological thriller True Detective became popular. Daddario played Lisa Tragnetti, the mistress of the title character. The actress is proud of participating in this series because she believes she has learned a lot playing with Matthew McConaughey and Woody Harrelson. The film became a turning point in her acting career and broke new ground.

In 2015, the filmography of Alexandra Daddario included the disaster film San Andreas, where the actress got the role of Blake, the daughter of the title characters Ray and Emma (Dwayne Johnson, Carla Gugino). During the earthquake, the family reunites to survive. Daddario was nominated for the Teen Choice Awards for her work in the blockbuster, which grossed $ 470 million.

Alexandra Daddario, whose height is 173 cm, and the weight is 57 kg, attracts the attention of men. The actress distinguished herself with light blue eyes, beautiful facial features, ideal body measurements. The undoubted advantage of the actress is her natural D cup bra size. The actress does not hesitate to pose naked if it is necessary for the script.

Alexandra appeared in sex scenes in the horror films The Attic, Texas Chainsaw 3D, where viewers could see the nude body of the heroine Heather Miller in the hanging scenes. The actress also played in a sex scene in the TV series True Detective. In 2014, the young woman posed naked for Vanity Fair magazine. There is also the actress's profile on the Playboy site.

Alexandra Daddario has strict parents who forbade their daughter to date the until she turned 18. The first girl’s boyfriend was the actor and screenwriter, Jason Fuchs. The relationship lasted three years, but the breakup was so hard that Alexandra prefers not to recall Jason and not to mention the young man in interviews.

Daddario’s relationship with her partner in the saga Percy Jackson Logan Lerman causes a lot of rumors. Young people often appeared together. Since 2011, the actors attended parties, spent leisure time together, they also had a rest and traveled together, but at the same time, they claimed that their relations were friendly.

In 2015, the actress became the face of Swiss brand Movado, one of the largest watchmaking companies. The girl also appeared on the covers of WomensHealthmag Magazine, the Spanish edition of GQ, MarieClairemag Magazine. The actress writes about the important events in her career and personal life on the Instagram account.

Nowadays the actress is considered to have relationships with Zac Efron, her partner in the film Baywatch. Alexandra appeared cuddling with the man at the presentation of the movie in Sydney. The young people turned off the journalists' questions about their relations and smiled mysteriously.

The actress was also invited to play in a new screen version of the novel The Choice by Nicholas Sparks. It was released in 2016. The film tells about old bachelor Travis (Benjamin Walker), who falls in love with a neighbor named Gabby (Teresa Palmer). Alexandra got the role of girl Monica.

Besides feature films, Alexandra participates in other projects. The actress appeared in the music video for the famous American indie band Imagine Dragons’ song “Radioactive.”

In 2016, when hackers broke into the Apple iCloud accounts and released private photos of Hollywood stars, Alexandra Daddario stated that she was not ashamed since anyone could easily find her revealing pictures on the Internet. The actress uses her phone to take photos of cats and dogs.

In 2016, the comedy The Layover and the comedy series Workaholics were released. In the spring of 2017, the long-awaited action comedy film Baywatch premiered, although the directors announced its shooting in 2012. Wrestler Dwayne 'The Rock' Johnson, actors Zac Efron, Priyanka Chopra and Kelly Rohrbach also played the title characters in the film. The movie grossed $ 200 million for three months.

At the same time, one more film The House with Alexandra was released. Nowadays Daddario plays in several new movies - the comedy When We First Met, the detective We Have Always Lived in the Castle, the thriller Nomis and the disaster film San Andreas 2. The actress performs the leading roles in all projects. 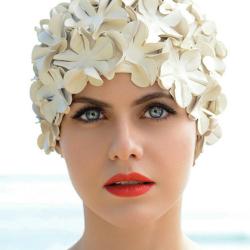