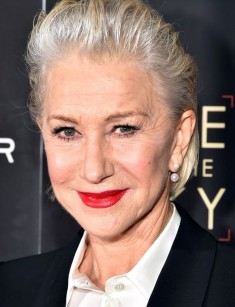 Helen Mirren played many stunning roles. But, it seems, that the images of the most august people were her best roles. Probably, there is some logic in it. Aristocratic blood really flows in the veins of Helen. However, it is not English, but Russian.

Helen was born in July 1945 in a suburb of London. At birth, she was named Elena Mironoff, because her father Vasily Mironoff was Russian. Earlier, Helen Mirren’s grandfather, a convinced monarchist, did not accept the revolution and fled to England. He was a military engineer by education. His wife was a great-granddaughter of the Count and Field Marshal Mikhail Fedorovich Kamensky.

The actress’s mother was British, but she had not an aristocratic origin. But her father, Helen Mirren’s grandfather, was the court butcher of Queen Victoria.

Vasily Mironoff decided to settle in the UK after the death of his father. He changed his name to Basil Mirren. A new name was given to her daughter Elena. It sounded like Dame Helen Mirren.

The parents wanted the girl to become a teacher. But Helen was more and more fond of theater. She participated in school amateur productions. After entering the teaching college, she made the final decision to become an actress. The girl went to the New College of Speech and Drama. And when Mirren turned 18, she successfully auditioned for the National Youth Theater.

Helen Mirren was offered only bit parts in the theater for the first two years. But soon she starred in the image of Cleopatra on the stage of the Old Vic. There she was noticed by the agents and invited to the Royal Shakespeare Company. The star played many significant roles in the plays The Revenger's Tragedy, Richard III, Much Ado About Nothing, Hamlet and The Two Gentlemen of Verona there.

But the great popularity came to the actress only after her roles in the cinema.

Helen Mirren’s cinematic biography has just about 40 films. The first success came after the release of the epic drama Caligula by Tinto Brass. Then it was followed by the sensational movie the Cook, The Thief, His Wife, And Her Lover directed by Peter Greenaway, which caused a lot of controversies and shocked the Puritan public.

In 1984, Helen Mirren won her first prestigious award. It was the main prize of the Cannes Film Festival. The actress was awarded for her brilliantly performed role in the drama Cal.

Films Cal, Gosford Park, The Madness of King George and Prime Suspect, where Mirren got star roles, got the highest rating of the audience and film critics. And in 2006, Helen Mirren was at the peak of the film Olympus. She won the Oscar Award for the beautiful image of Elizabeth II in the historical film The Queen.

It is noteworthy that the range of Helen Mirren’s roles is very wide. The star perfectly plays deeply dramatic images, but she easily turns into women with low moral standards. Her queens are as good as women of pleasure. Earlier, Helen easily agreed to nude scenes and often appeared naked on the screen.

In the spring of 2010, the admirers of the star saw their favorite actress at Madame Tussauds. Mirren personally attended the ceremony.

There were many love affairs in the life of the famous actress, but only one turned out to be the main love of her life. Since the 1980’s, Helen Mirren's personal life has been connected with Taylor Hackford, the famous American filmmaker who directed the film masterpieces Devil's Advocate, Proof of Life and Ray.

Helen Mirren’s personal life has developed happily. In 1997, her relationship with Taylor turned into official marriage. But there are no children in this strong marriage. 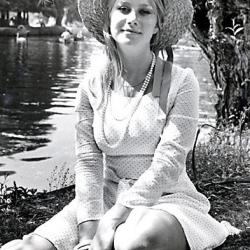