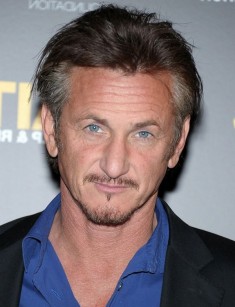 Sean Justin Penn was born in August 1960 in Santa Monica, Californian. His parents, Leo Penn and Eileen Ryan had ancestors from different countries. His grandmother was a Lithuanian Jew on her father’s side. The actor’s grandfather also was a Jew but from Russia. His mother had relatives from Ireland and Italy. Sean from his youth was famous for his expressive character.

Sean Penn was a very energetic teenager. He surfed and planned to become a policeman. Sean's friends were future actors Charlie Sheen, Emilio Estevez and Rob Lowe. The boys studied at the same school and always were together in the same company. Soon Sean's younger brother Chris Penn joined them. In future, he also became an actor.

One day, Sean accidentally played at the theater in Los Angeles. Since then, he fell ill with a theatre. He buried his dream to become a policeman. Sean associated his life only with the theater. But it was not easy to become a part of this world. Initially, the guy played only episodic roles and was given technical work. During this period, Penn made his debut in the movie, starring in the multi-series film "Little House on the Prairie". Then he played small roles in short films. But not the movie but the theater beckoned the future actor. And after finishing school, he decided to go on tour with the theater, which lasted 2 years.

After a while, Sean realized that he had no future in this theater. Therefore, when friends called him to New York, he immediately went there. As time showed, it was the right step, after which Penn's career quickly went up.

19-year-old Sean Penn made his debut in the TV series "Taps". Tom Cruise and Timothy J. Hatton played the main roles. This film helped Sean to get a role in the comedy film "Fast Times at Ridgemont High." One year later, he became even more famous after starring in the crime drama "Bad Boys". This project was directed by Rick Rosenthal in 1983. As the critics said, Sean Penn became the main star of the film. He was even compared with Robert De Niro.

Then there were successful roles in the melodrama film "Racing with the Moon" and the crime comedy "The Burglars". The actor from California became even more famous after the release of the thriller "The Falcon and the Snowman" by John Schlesinger, released in 1985. After this film, the actor was noticed by many directors and got a lot of offers. Sean played the criminal in the drama "At Close Range". The film was a failure and the critics were ruthless. The actor managed to return his fame in 1988 when the crime drama "Colors" was released. Here, as in the "The Falcon and the Snowman," the film told about social and political problems.

The end of the 80's turned out to be quite successful for the actor. In 1989, Sean Penn and Robert De Niro appeared together in the comedy "We're No Angels". The actors brilliantly played two criminals. At the same time the film "Casualties of War" was released. The main role was played by Al Pacino. Soon the two famous actors again appeared together in the gangster drama "Carlito's Way". For this work, Penn was first nominated for the Golden Globe.

In the 90s the actor also got roles. The films "State of Grace", “U-Turn", "The Game" got positive reviews of both spectators and critics. In the films "Hurlyburly" and "The Thin Red Line" a lot of Hollywood stars appeared. And the first nomination for "Oscar" went to Sean Penn for his work in the film "The Dead Man Walking." He appeared in the role of a criminal sentenced to death, who was waiting for execution of the verdict.

Sean Penn received two more nominations for the film "Sweet and Lowdown" by Woody Allen and "I am Sam". In order to get used to the role for the last film, Penn spent a lot of time in the center for mentally retarded patients. But all the nominations for the main cinema award have remained nominations. "Oscar" slipped from Sean's hands. But in 2003, the actor won the statuette. This happened after the release of the drama by Clint Eastwood "Mystic River".

The film won two of the six Oscar nominations. The winner of one of the awards was Sean Penn. 5 years later he got his second "Oscar". Sean Penn appeared in the role of a gay in the drama "Harvey Milk" by Gus Van Sant.

The most famous films of the early and mid-2000s were "21 Grams" and "The Interpreter". The first film by Alejandro González Iñárritu is a drama. The work received excellent reviews of critics and was awarded the prize of the Venice Festival. The film by Sidney Pollack "The Interpreter" was also well received by the viewers and critics.

The most successful films of Sean Penn are "The Tree of Life" and "In Search of Captain Zero". In addition, the actor made his debut as a director. His films "The Pledge" and "Eleven Minutes, Nine Seconds, One Image: September 11" received many awards and high ratings of film critics.

In 1985, Sean Penn married for the first time. His wife was Madonna, the actor met on the set of the least successful of his films "Shanghai Surprise". Their marriage was short. They had scandals. But in 1989, they finally divorced.

In 1996, Sean Penn married for the second time. His wife was an actress again. Penn met Robin Wright on the set of the film "State of Grace". They lived together until 2010. In this marriage, his children were born – the daughter Dylan and the son Hopper. After the divorce, Sean continues to communicate with the children.

At the beginning of 2014, Sean Penn began relations with Charlize Theron. The actor was so much in love with her that he was going to marry her and even called his feeling for the actress the first true love in his life. But in the summer of 2015, they broke up. 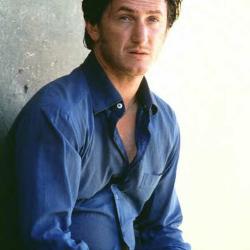