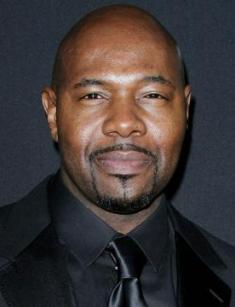 Antoine Fuqua is an American director and producer, the creator of Training Day, Shooter, The Magnificent Seven, and so on.

The future movie maker was born in Pittsburgh, Pennsylvania. His parents, Carlos and Mary Fuqua, had nothing do with show business. However, his uncle, Harvey Fuqua, was the frontman and producer of the group The Moonglows popular in the 1950s.

In his youth, the future director could hardly imagine how his career path would turn. Fuqua was fond of basketball and even earned a sports grant. After graduation, he tried to enter a school of combat pilots, but only the electro-mechanical faculty accepted him. The young man had to say good-bye to his dream and then took up directing.

Initially, Fuqua created music videos and worked with many stars: Toni Braxton, Prince, Stevie Wonder, and others. Coolio’s video “Gangsta’s Paradise” was one of the most successful works. The actress Michelle Pfeiffer starred in the video and won the MTV Video Music Award for Best Rap Video for it.

In 1998, Antoine Fuqua switched to feature movies and debuted with the action The Replacement Killers; he intended to show that a murderer knew no decency in their heart. The crime comedy Bait followed in 2000. The next project, the thriller Training Day, made the director famous.

It also brought the actor Denzel Washington the Academy Award. Antoine and Denzel continued to collaborate in the action The Equalizer and the remake of the popular 1960s western The Magnificent Seven (2016). The former movie pictures a retired CIA agent, Robert McCall (Washington), who protects a young prostitute Teri: he cannot stand it when his close people are threatened. Thus, Robert makes his own justice.

2002 brought the drama Antwone Fisher; Denzel and Antoine went through many scenes together and trusted each other. The western The Magnificent Seven was notable for its cast full of stars: Chris Pratt, Ethan Hawke, Matt Bomer, and so on. After the release, the director gave an interview and called Denzel Washington his favorite actor.

The movie King Arthur and the police action Brooklyn’s Finest were equally successful. Shooter proved to be one of the most famous works of Fuqua. It is the story about a professional sniper, Bob Lee Swagger, who is set up and has to look for the real criminal. Mark Wahlberg personified the main character.

The audience also remembers Fuqua’s crime drama Olympus Has Fallen and the military action Tears of the Sun that was supposed to be the sequel of Die Hard. Still, Antoine decided to create an independent storyline; Bruce Willis and Monica Bellucci appeared in the project.

2015 was marked with the drama Southpaw starring Jake Gyllenhaal. As the story runs, the boxing champion, Billy Hope, has to face numerous tragedies.

In 1998, Antoine Fuqua got engaged with the American actress Lela Rochon; they married the next year. Soon, their daughter Asia was born; the parents welcomed the son Brando two years later. Besides, the director is caring about his son, Zachary, from the previous relationship; the young man had already appeared in his father’s movies: Brooklyn’s Finest and Southpaw.

Unlike the majority of Hollywood celebrities, the producer is not registered on Instagram; he does not like to show the details of his private life. Thus, one can see the man in pictures from various events only.

February 2017 brought the series Training Day based on Fuqua’s movie. However, the project was closed after the first season. In summer 2018, fans could enjoy the sequel of The Equalizer; Denzel Washington came back to his previous role.

In February 2018, it was announced that Antoine returned to the remake of Scarface. The talks about his participation had appeared in 2016, but the man quitted in January 2017. 2018 also brought the documentary American Dream/American Knightmare about the producer Suge Knight.