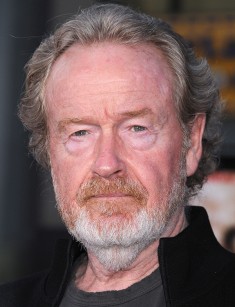 Ridley Scott is a director whose movies became the base for the books published all around the world. Both admirers of the fantasy genre and fans of the historical epos know his name. He has managed to find the golden mean between Hollywood standards and his own style and has become a cinematography legend during his lifetime.

Ridley was born on the 30th of November, 1937 in the family of the colonel of the British Army Colonel Francis Percy and his wife Elizabeth. The family lived in North East England in the seaport of the South Shields.

The Scott family didn’t have a permanent residence because of the specificity of his father’s work. In childhood, the future genius of the movie industry even lived in Wales, in Germany, and in Cumbria. Ridley was the third child in his family. His elder brother Frank joined the British Navy and his younger brother Tony followed the example of the popular relative and became a director too.

Ridley was such a sensitive and deep person that this guru of fiction was able to see beauty in the routine that was not remarkable at first sight. When Ridley turned nine, he began to be interested in the Fine arts.

The head of the family who didn’t want his middle son to follow in his footsteps and connect his life with military service immediately sent his beloved son to the Art school. Here Scott learned to structure his thoughts, to express the images which were randomly arising in his head on the paper. Also, the young man got knowledge about the concepts of volume, composition, and color.

Works of the talented pupil were awarded at the contests, were exposed at galleries and often became subject matters of the disputes among art critics.

It is known from the biography of the master of the movie industry that in his youth he used to throw all his works away. Much later, having realized that his actions had been absurd, the director began to send his drawings and storyboards to the universities of California where his works became visual aids.

Ridley’s studies at The School Of Arts became the first step on his way to fame. Further, an ambitious guy entered the Design faculty of West Hartlepool College of Art, and then he studied painting and cinematography at Royal College of Art (1960-1962). There he developed his own unique style and also shot his first short movie "Guy and Bicycle".

After he graduated from the College of Art he began to cooperate with the BBC Broadcasting Company. Here Ridley held the decorator’s post: he worked on the characters’ costumes in detail, created the appropriate atmosphere and surroundings on the movie set and also he controlled how the prop looked at the beginning and at the end of the shootings and if it was in order.

Ridley’s hard work was appreciated and in 1964 he was entrusted with the direction of the second season of cult series "Doctor Who". Scott refused to work in this project because of overburdening and absence of spare time.

In 1968 Ridley together with his friends Alan Parker, Hugh Hudson and his younger brother Tony founded their own production company Ridley Scott Associates. Initially, the institution was engaged only in directing of advertising videos and they produced more than 2000 videos during the lifetime of their label. Works of the brothers were very metaphorical due to their unusual vision. For example, the commercials of the Macintosh computer which awarded "Best Commercials of 80-s" resembled the novel "1984" written by George Orwell by its plot.

In future other members of Ridley’s family would work at RSA (an abbreviation of the company name) - exactly his daughter Jordana and his sons Jake and Luke.

In 1977 Ridley performed himself as a director and shot his first film "The Duellists". The history tells about French officers who have broken space-time continuum of Napoleonic wars. This movie received the Cannes Film Festival award in the category "The Best Debut Movie".

After the picture "Duellists" the director was inspired by the movie "Star Wars" and began to work on the movie "Alien". The picture came on the screens of the movie theaters in 1979 and brought world fame not only to Ridley Scott but to Sigourney Weaver as well.

Initially, the Fox movie company gave only 4 million dollars for the shootings but after the script storyboard presentation producers decided to take risks and doubled the budget of the tape. As a result, the box office had covered the budget of the movie with interest.

In 1982 Ridley directed a screen-adaptation of the novel by the science fiction writer Philip Dick "Do Androids Dream of Electric Sheep?". From the commercial point of view, the movie "Blade Runner" was a failure. Having the budget of 28 million dollars the movie its box office hardly exceeded 32 million dollars.

In spite of the fact that the actual question of the relations between the human and artificial intelligence was raised in this movie, at that time the picture wasn’t accepted by the audience, and even the handsome actor Harrison Ford didn’t improve this situation.

In 1985 one more fantastic picture "Legend" came on the screen. Tom Cruise played the leading role in this picture. The unusual theme of the movie also didn’t help him to win the sympathy of the audience.

Having understood that it was necessary to change the concept urgently, Ridley turned out from the science-fiction director into the pragmatic realist and he filmed the thriller "Someone to Watch Over Me" and an action movie "Black Rain".

The melodrama "Thelma & Louise" (1991) conquered female audience and got Academic Awards for The Best Script. Thanks to the activities of the Scott Free Productions company the movies "White Squall" (1996) and "G.I. Jane" (1997) came on the screen.

The movie "Hannibal" (2001) gave the director a possibility to return to the cinematographic Olympus. The picture gained improbable popularity at the audience and the critics’ feedbacks were extremely controversial. Some said that the picture would be forgotten, other said that there hadn’t been any stylistic peculiarities and originality, and yet others publicly said that in a couple of years the movie would become cult.

In 2003 he talented director shot the movie "Matchstick Men" based on the novel of Eric Garcia where the leading role was played by brilliant Nicholas Cage.

In 2005 Ridley Scott enriched his filmography with one more historical movie "Kingdom of Heaven". It’s known for a fact that Orlando Bloom put on excess 9 kilos especially for the shootings in this epos.

In 2012 the movie "Prometheus" came on the screen. Initially, the movie was meant to be the prequel of the picture "Alien", but, having revised the concept of the tape, Ridley left this idea. In a year the picture "The Counselor" featuring Brad Pitt was released. Few people understood this movie that was devoted to the memory of Tony Scott – a younger brother of Ridley, who had committed suicide.

In 2015 the movie "Martian" came out. The movie became a rescue for the director because a year before his multimillion picture "Exodus: Gods and Kings" turned out to be a complete failure in the world.

At the end of 2015, Ridley announced that the movie "Alien: Covenant" would come on the screen in 2017 and would become the first part of the new "Alien" trilogy. According to the plot, the movies will be close to the first movie of 1979.

The second movie of the Scott Free Productions company under the title "Morgan" featuring Kate Mara came out on the TV screens in 2016.

The eminent artist never talked too much about his personal life. In spite of the fact that the master of visual effects was officially married twice, there isn't enough information concerning his life out of the movie set on the web.

For the first time, the director got married in 1964. His darling was not engaged in show business and wasn't a media personality. In their family they had a clear division of responsibilities: while Felicita was engaged in the arrangement of the house and education of their sons Luke and Jake, Ridley was conquering the cinematographic Olympus.

For 11 years the woman put up with the fact that her spouse practically hadn’t been staying at home. She believed that with time her beloved husband would begin to find more time for his family. But there was no miracle and in 1975 the couple broke up.

In 1979 the famous producer got married to the actress Sandy Watson. The union in which their daughter Jordana was born broke up in 1989.

The reason for their parting remained the same - Sandie dreamed of quiet family life, and Ridley dreamed of glory and world recognition.

The artist found happiness in a civil marriage with the actress Giannina Facio whom he met on the shootings of the movie "Hannibal". Their story of acquaintance is a classic example of love at first sight.

Those who had the luck to communicate with a temperamental brunette in person noted that besides her attractive appearance actress also has an uncommon mind and a great sense of humor. Such woman couldn't but attract Ridley Scott - an admirer of female beauty.

From the moment of the shootings, this star couple hasn't separated even for a second. Till present days spouses lead active social life: they visit presentations, attend film shows and, of course, participate in charity events. In spite of the fact that this couple of celebrities has no children, the fans of the director are sure that Facio is the woman whom he was looking for throughout his life.

It is known for a fact that the famous director has pages neither on Instagram nor on Twitter. His admirers learn about the latest news about director’s life from his interviews which are published both on news portals and in printing editions from time to time.

In 2017 Scott told the representative of the IGN website that besides his work on the trilogy he was also involved in a couple of other projects. So, the series "Taboo" in which Ridley performed as an executive producer was recognized as the most large-scale mystical drama in the world.

In addition, at the beginning of 2017, the director opened the division on the movie creation with virtual reality effects on the basis of Ridley Scott Associates company. Now they are working on the additional content to the movie "Alien: Covenant". 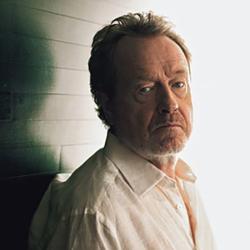