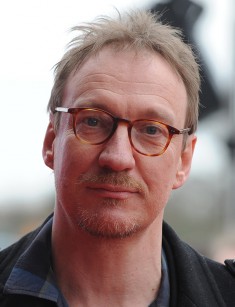 David Thewlis is a talented English actor, scriptwriter, and director. He is not afraid of “scandalous” roles and likes to experiment in a movie set. Overall, he has participated in more than 80 projects; Thewlis personified Professor Lupin in Harry Potter movie series, Varga in the series Fargo, and Ares in the superhero movie Wonder Woman.

David Wheeler was born on March 20, 1963, in Blackpool, the coast of the Irish Sea. His parents, Alec Raymond Wheeler and Maureen Thewlis, were far from cinematography. They had a family business: a toy store.

David was the second child. He was not interested in business. The boy was a good student; he painted and wrote poems in his spare time. However, it was music that he loved most. The teenager organized a rock group QED that performed at local festivals, clubs, cafés, and hotels. As soon as David had some time, he played the guitar; he became a master. Soon, the young man was invited to the rock group Door 66; the band went to London to present their concert program.

In London, David decided to study drama and entered the Guildhall School of Music and Drama. After the graduation, he wanted to register at The Actors' Guild of Great Britain, but his namesake David Wheeler had already been there. For this reason, the beginning actor took his mother’s second name and turned into David Thewlis.

The young talent started his career at the theater: he debuted in a play about the musician Buddy Holly at Greenwich Studio. Up to 1993, he was not particularly successful: he had few offers, and all of them were minor.

In 1993, Thewlis gained the lead role in Mike Leigh’s Naked: the tramp philosopher Johnny. The movie was nominated for many prizes, and David received the Cannes Film Festival Award for Best Actor. After this triumph, the artist never lacked new projects.

In 1995, the man appeared in Total Eclipse; Leonardo DiCaprio was his stage partner. The actors played two French poets, Paul Verlaine and Arthur Rimbaud. Perhaps it was Thewlis and DiCaprio’s kiss that became the most notable moment in the movie. The project received ambiguous reviews. Nevertheless, David Thewlis’s popularity was growing.

The same year, the artist worked as a scriptwriter and director: he presented the short movie Hello, Hello, Hello which was nominated for the BAFTA Award for Best Short Film. In 1997, Thewlis appeared in Seven Years in Tibet starring Brad Pitt. It is peculiar that both Pitt and Thewlis were banned from entering China.

The role of Remus Lupin in the Harry Potter screen adaptations turned out to be significant. This character is a Professor of Defense Against the Dark Arts who turns into a werewolf and becomes unable to control his actions. Lupin is one of the oldest characters in this franchise. Natalia Tena who had appeared in The Game of Thrones played his wife. Today, most teenagers know Thewlis for the role of Lupin, although the actor had many famous roles before this one.

In 2005, the actor played in Ridley Scott’s Kingdom of Heaven. 2008 brought the role completely different from Professor Lupin: the actor personified a Nazi in The Boy in the Striped Pajamas based on John Boyne’s novel under the same title. In Anonymous, the nobleman William Cecil was another unattractive character. Thewlis’s character is plotting against others; he is a villain and manipulator.

In 2011, Luc Besson presented his drama The Lady; David got the lead role. It is the story of Aung San Suu Kyi and her husband Michael Aris’s live. The couple’s relationship develops in the tense political situation, political chaos, and democracy origin. The audience was also mesmerized by Steven Spielberg’s War Horse. The movie was nominated for the Academy Award, Golden Globe, BAFTA, Saturn, and Satellite Awards.

In 2014, the actor got a permanent role in the TV series Fargo: in the third season, he played V. M. Varga, the mysterious loner and the genuine capitalist. The same year, three new movies with David Thewlis were released: Stonehearst Asylum, Queen and Country, and The Theory of Everything. In 2015, the artist starred in Legend with Tom Hardy, Macbeth, and Regression.

Apart from cinematography, David is engaged in painting and literature. In 2007, he wrote a satire book The Late Hector Kipling; it was bestselling in England.

David Thewlis has been married twice. The director Sara Sugarman was his first wife; the marriage lasted for a year. The second marriage to Kate Hardy was also short-term.

The relationship with the actress Anna Friel (Limitless, Land of the Lost) was the longest one. The couple was not married officially but spent ten years together. In 2005, their daughter Gracie was born. In December 2010, Anna left David for Rhys Ifans who co-starred with Thewlis in Anonymous.

After the daughter’s birth, David began to care about his health: he gave up bad habits and started going for a jog in the morning. He is in excellent shape: his height is 190 cm., and his weight is 89 kg.

The actor spends little time on social networks; his Instagram and Twitter pages are not verified, so they probably have nothing to do with the actor.

In 2017, Thewlis got the role of Ares, the antagonist in Wonder Woman. As the story runs, he interferes with the main character’s plans: she urges to imprison him back on the Amazon island. The movie won the Screen Actors Guild Award for Outstanding Performance by a Stunt Ensemble in a Motion Picture.

Besides, fall 2017 was marked with the premiere of Justice League where Thewlis played Ares again.

In 2018, the movie The Mercy starring Colin Firth and Rachel Weisz was released. It is the second time David Thewlis and the director James Marsh collaborated; they used to work on The Theory of Everything.

The Mercy is based on a true story. The yachtsman Donald Crowhurst is the main character of the movie.

To save his firm from bankruptcy, he decides to travel solo around the world for money. Soon, he realizes he cannot win the competition and dares to gamble. Thewlis took the role of Rodney Hallworth.

In 2017, the role of Varga in the mini-series Fargo brought the actor the nomination for Primetime Emmy Award for Outstanding Supporting Actor in a Limited Series or Movie. 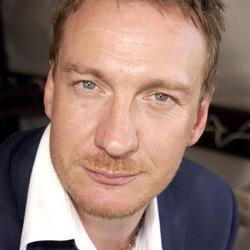