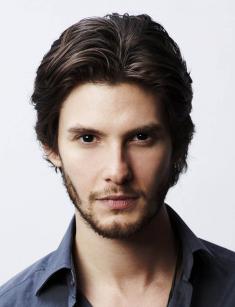 Benjamin Thomas Barnes is a British actor, the star of movie hits The Chronicles of Narnia: Prince Caspian, Dorian Gray, Seventh Son, and so on.

The boy was born into an intelligentsia family: the father, Thomas Barnes, taught psychiatry at King's College London, and the mother, Tricia, worked as a relationship therapist and became famous all over the globe thanks to her books on relationships. Ben has a younger brother, Jack.

Ben was educated in a prestigious boarding school and entered Kingston University and studied English and Literature according to his parents’ will. However, the student took an interest in theater performances and transferred to the drama school to graduate it in 2004.

At the same time, the young man played in the National Youth Music Theatre and sang in the boy band Hyrise. Barnes can also play the piano and drums. Together with his group, Benjamin recorded several albums and participated in the qualifying stage for Eurovision 2004; the group took the second position after James Fox. Later, the artist sang solo; people can hear his voice in several soundtracks.

The beginning actor debuted in the medical drama Doctors, the TV series Split Decision, and the fairy tale movie Stardust where Ben had the chance to collaborate with the international celebrities: Michelle Pfeiffer and Robert De Niro. The next project, the social drama Bigga than Ben, brought the role of the illegal Russian immigrant; the Russian actor Andrei Chadov participated in the movie as well.

In 2008, the second part of the popular saga, The Chronicles of Narnia: Prince Caspian, was released. The director could not find the actor for the lead role for more than a year. He noticed Ben a couple of weeks before the shooting was launched, and gave him the role without any doubts. Barnes had the modeling appearance, piercing looks, and the necessary height (6.07 ft. or 185 cm.) that the director wanted.

According to Ben Barnes, he was on cloud nine when he signed the long-awaited contract. Just like any British child, little Benjamin grew up reading about Narnia; moreover, the actor realized this project would make him famous all over the globe. The expectations proved to be right. Later on, the artist played Caspian in the next part, The Chronicles of Narnia: The Voyage of the Dawn Treader. The movie also starred Georgie Henley, Skandar Keynes, William Moseley, and Anna Popplewell.

The saga turned the young man’s career: directors started offering him more exciting and challenging roles. Soon, the actor participated in the melodrama Easy Virtue and personified the noble British who married an American woman, Larita (Jessica Biel). After the man’s parents meet her, the would-be mother-in-law Veronica cannot stand the American. Ben Barnes not only acted in this project but also performed several songs for the official soundtrack album.

In the thriller Locked In, Benjamin gained the role of the protagonist, Josh, whose daughter is in a coma after a car accident. The music comedy Killing Bono starring Barnes was top-grossing. The artist played the young musician Neil, the classmate of the U2 leader. Together with his brother Ivan (Robert Sheehan), he goes to London to build a music career. However, Bono (Martin McCann) is always one step ahead. Neil believes that killing his former friend can solve the problem.

Soon, the actor had secondary roles in the detective The Words and the romantic comedy The Big Wedding.

The role of Dorian Gray from the movie based on Oscar Wilde’s novel brought much fame and attention. As the story runs, the young man trades his soul for eternal beauty and youth; all his diseases and flaws are reflected in his portrait. Many years later, Dorian feels love to the young woman, Emily (Rebecca Hall); however, it is too late for him.

In 2014, the music drama Jackie & Ryan and the crime thriller By the Gun were presented. The fantasy adventure movie Seventh Son by Sergei Bodrov brought a significant role of the young sorcerer Tom Ward. Taught by John Gregory (Jeff Bridges), he fights against the world evil in the face of Mother Malkin (Julianne Moore). The project grossed $115 million.

In 2015, Ben joined the cast of the mini-series Sons of Liberty. The actor personified the philosopher, statesman, and fighter for freedom Samuel Adams. The project ratings were high; it was included in the top 100 series of the season in the United States.

Legends are told about the actor’s romances; he allegedly dated his movie partners Jessica Biel and Tamsin Egerton. Rumors also had it the man married some Madina who had Ukrainian roots.

In fact, Benjamin has had no girlfriend; he denies the information about the affairs with his colleagues. The actor’s Instagram photos prove that: he posts only the pictures related to acting.

Ben Barnes has been doing charity work in the Make-A-Wish Foundation that supports seriously ill children all over the world.

The actor does things in a big way and participates in top-grossing movies every year.

In the fantastic western Westworld, Benjamin played an antihero, Logan, who frequents the theme park Westworld. According to Forbes, Business Insider, Vanity Fair, and Toronto Sun, the project was included in the top series in 2016. The cast was full of stars: Evan Rachel Wood, Thandie Newton, Ingrid Bolsø Berdal, and Clifton Collins Jr.

In 2017, the actor expanded his filmography with the series The Punisher based on Marvel comics. The actor personified Billy Russo, the friend of Frank Castle (Jon Bernthal) who fought against criminals in New York.

Soon, the audience will see the mini-series Gold Digger where the artist got the role of Benjamin Golding.