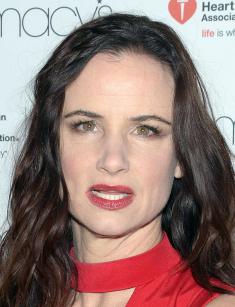 The nomination for the most prestigious movie award in the world helped American actress Juliette Lewis reach the peak of stardom. The 18-year-old girl became a famous and in-demand actress overnight after playing in Martin Scorsese's thriller Cape Fear. She starred in the movies of the masters of cinema such as Woody Allen, Oliver Stone, Kathryn Bigelow. Lewis has worked with the world-famous Hollywood stars on the set.

The movie star was born in the summer of 1973 in Los Angeles, the main capital of the film industry called Hollywood. The father, actor Geoffrey Lewis, instilled in his daughter love for cinema. The mother, Glenis Batley, was not connected with the cinematography, the woman worked as a graphic designer.

When Juliette was born, the family had already a son, Lightfield. Sister Brandy was born a year later. But when the girl turned two years old, the parents separated. Juliette with her brother and sister moved from the father to the mother, from one family to another because the parents tried to improve their personal lives several times.

Later, her stepbrother and sister were born in new families. Juliette admitted that after the divorce she never saw her parents together, but she was grateful that they did not weigh her down with excessive care and control.

Juliette's father was an in-demand Hollywood actor who starred in 6 films of Clint Eastwood. During the summer holidays, Geoffrey took his daughter to the shooting.

“I remember the shooting of some cowboy movies. It was my first experience of the film process,” Lewis recalls.

The girl saw herself as an actress at the age of 6. Since then, Juliette has never given up the dream of becoming like her father. At her request, the father bought her a video camera, and his daughter made amateur films, in which she played the leading roles.

Juliette Lewis started an acting career when the girl was seven years old. She played a bit part in the action comedy movie Any Which Way You Can. Clint Eastwood, Sondra Locke, and her father got the leading roles. Then the girl appeared in the episodes of several movies and TV series.

At the age of 15, Juliette Lewis felt independent and seized the court to become an adult legally. So, she did not have troubles with age restrictions of child labor law. Juliette passed the exams as an external student and left her annoying school as well as the parents’ house.

In 1988, Juliette Lewis played in Richard Benjamin’s comedy My Stepmother Is an Alien, starring Dan Aykroyd and Kim Basinger. The following year, another comedy with her participation National Lampoon's Christmas Vacation was released. The 16-year-old Juliette used drugs to escape harsh reality. At that time, the young actress dated 26-year-old Brad Pitt, and they lived together.

In 1990, the couple portrayed the title characters in Robert Markowitz’s drama Too Young to Die?. But the young American felt the taste of fame the following year when she starred in Martin Scorsese's thriller Cape Fear. The film, where 17-year-old Juliette Lewis played the leading role together with Robert De Niro, Nick Nolte and Jessica Lange, received the Academy Award nomination and made the young woman a celebrity.

Lewis returned to the set after a hard time of overcoming the drug addiction. In 1992, Woody Allen's melodrama Husbands and Wives premiered in which Juliette got the role of Rain.

In the mid-1990s, fans saw their favorite actress in the drama The Basketball Diaries with Leonardo DiCaprio in the lead role, Kathryn Bigelow’s fantasy thriller Strange Days and the action film From Dusk Till Dawn, which script was written by Quentin Tarantino. Juliette Lewis appeared in the movie with an outstanding cast featuring Tarantino, George Clooney, and Harvey Keitel.

But Juliette Lewis got the most prominent role in Oliver Stone's crime melodrama Natural Born Killers, in which the actress appeared as killer Mallory. Film critics agreed that Lewis’s acting was above and beyond any compliments. The 21-year-old actress included in her credentials the Pasinetti Award and the nomination for the MTV Movie Award. Juliette was nominated for Best Kiss for the scene with Woody Harrelson.

In the new century, Juliette Lewis worked in the crime drama The Way of the Gun, where she played the title role with Benicio del Toro, Ryan Phillippe, and James Caan. Then, the American star appeared in the detective comedy Gaudi Afternoon and the melodrama My Louisiana Sky.

In 2004, Jan Kounen’s acid western Blueberry premiered, in which Juliette starred together with Vincent Cassel and Michael Madsen. Film critics and fans appreciated Lewis’s roles in the comedy film The Switch, the drama August: Osage County and the TV series Secrets and Lies.

In 2015 Juliette Lewis got a role in the TV series Wayward Pines, based on the novels by Blake Crouch. The project premiered on Fox in May, and in December the channel renewed the series for the second season.

Longtime fans know Juliette as a singer. In the 2000s, the actress had a recession in her career and created the rock band Juliette and the Licks. The group released an album and went on tour. Three years later, the band, which recorded three discs, split up, and Lewis announced the creation of a new group, The New Romantiques.

The Hollywood star claims that the main thing in life is the freedom of creativity. Juliette loves to shock people with eccentric behavior. She participated in the photo shoot of the controversial photographer, Terry Richardson, causing a heated discussion in the show business.

Juliette Lewis managed to get rid of drug addiction thanks to the support of her first love, Brad Pitt. But the couple broke up for unknown reasons, and the actress has become more reserved and does not tell about her personal life.

In 1999, the star married an athlete, Steve Berra, but the couple lived together for four years and did not have children.

Juliette Lewis identifies herself as a Scientologist.

In July 2016, the teen thriller Nerve, directed by Henry Joost and Ariel Schulman, premiered in America. In Russia, the film appeared in the middle of September. Emma Roberts, Dave Franco, and Juliette Lewis starred in it.

In 2017, Juliette gives concerts, stars in commercials and pleases fans with the roles in the TV series Secrets and Lies on ABC.

The star, who will be 45 years old in the summer of 2017, has recently shown her fitness and an athletic figure and told about daily workouts in the gym. 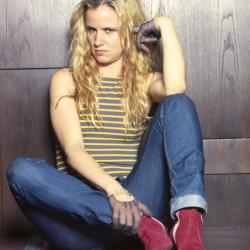