The actress is well endowed with natural beauty and often compared with famous Marilyn Monroe and Madonna. However, pretty looks are not the most important quality that an actor should have in the world of show business. It is worth saying that Sherilyn Fenn is not only a beautiful but also a professional actress. There are more than a hundred diverse roles in her filmography. The girl, who appeared on the covers of Hugh Hefner's Playboy magazine, is better known for her roles in the film Two Moon Junction and the TV series Twin Peaks.

Sheryl Ann (real name of the actress) was born on February 1, 1965, in the city of Detroit in the north of Michigan. The girl was raised Catholic in a creative family. She had two elder brothers. Fenn is of Italian, Hungarian, Irish and French descent.

The actress’s mother, Arlene Quatro, (famous singer Suzi Quatro is her sister) plays the piano professionally, and her father Leo Fenn worked as the manager of the renowned singer, Alice Cooper, for thirteen years. Besides, Sherilyn’s grandfather was a jazz composer.

Arlene often traveled with children around the cities of America, and when Sherilyn turned 17, the family moved to the capital of the film industry to Los Angeles. The girl already knew then that her life would be connected with acting, so without hesitation, she enrolled at the Lee Strasberg Theatre Institute, where Al Pacino, Angelina Jolie, Steve Buscemi, Robert De Niro, Dustin Hoffman and other famous stars of the big screen studied too.

Sherilyn Fenn started her acting career with insignificant roles in serials and movies. She played in the films The Wild Life (1984), Just One of the Guys (1985), Kingpin (1985), Thrashin' (1986) and other projects.

In 1986, Fenn appeared in the thriller The Wraith, where her partners on the set were Charlie Sheen and Nick Cassavetes. This thriller film tells about criminals who force other people to participate in dangerous races.

The car of unhappy drivers who fell into the hands of criminals is at stake. But when a guy dies in a risky competition, he wakes up from the dead to revenge his offenders.

In 1988, Sherilyn played the leading role in the sensational movie with an emphasis on eroticism Two Moon Junction. This melodrama 18+ tells about young April, whose life is like a fairy tale.

The girl has everything: wealthy parents and a good fiancé from an aristocratic family. But shortly before the wedding, the blonde falls in love with an ordinary guy (Richard Tyson), and they have a passionate affair.

In 1989 Fenn appeared in a fantastic action movie Crime Zone, and a year later played in the drama series True Blood. In 1990, the actress was lucky, because she played one of the leading roles in David Lynch and Mark Frost’s cult series Twin Peaks.

The famous detective series tells about an unusual murder in a quiet, ordinary town where everyone knows each other. People found the body of a high school student, Laura Palmer (Sheryl Lee), wrapped in polyethylene and washed up on a bank of the lake.

After the premiere of Twin Peaks Fenn became popular with directors. The creators of series and films offered the girl to take part in this or that movie almost every year. But it is worth saying that in general, Sherilyn’s filmography consists of horror films, thrillers or action films.

In 1991, the talented girl appeared in Jennifer Chambers Lynch's film Boxing Helena. It is noteworthy that this work of well-known director’s daughter caused a scandal, and Fenn became its unintentional participant.

Initially, Kim Basinger was cast for the leading role, but at the last moment, the woman refused. Therefore, cunning screenwriters won an $ 8-million payout against the blonde for contract breach. Sherilyn agreed to take part in the filming of the thriller, and a lot of directors condemned Lynch's behavior.

In 1995, the actress appeared in the film Liz: The Elizabeth Taylor Story, where she played a famous movie star (the role of Cleopatra, Caesar's lover). Unfortunately, due to busy work schedule, Sherilyn could not meet Elizabeth personally, so she had to watch numerous films with her participation.

The new century began with the criminal drama Cement (2000). Fenn worked with such movie stars as Chris Penn, Jeffrey Wright, Anthony DeSando, and Gregory Jbara. In 2002, Sherilyn starred in the Canadian thriller Scent of Danger.

This time the dark-haired blue-eyed woman played a private detective, Brenna Shaw, who was searching for a serial killer. The same year, Sherilyn played the criminal in the film Swindle (2002).

Besides, Sherilyn Fenn delighted her fans appearing in well-known TV shows. For example, she played in Friends, House M.D., Gilmore Girls, Ray Donovan, Shameless and in other series.

Her relatives and close friends say that, despite the role of the femme fatale, Sherilyn is a kind person who is always ready to help in real life. As for the romantic relationship, Fenn has always been popular with men. Journalists became interested in the secret details of Sherilyn’s personal life when the woman began to date the famous "pirate of the Caribbean," Johnny Depp.

Her next boyfriend was musician Toulouse Holliday. Later, the lovers married and in 1993, Sherilyn gave birth to her son, Miles. The couple divorced four years after the birth of the child.

According to rumors, Sherilyn also dated a Dylan Stewart, and in 2007 she became a mother again.

In 2017, more than 25 years after the premiere of the first season of Twin Peaks, Sherilyn appeared in the sequel to the famous Lynch’s series. Fenn also starred in John R. Leonetti’s horror film Wish Upon (2017). There are rumors that she is filming in the movie Something About Her (post-production).

The small woman (the actress’s height is 163 cm, the weight is 60 kg) has an account on the social network Instagram, where she posts numerous photos to her fans’ delight. 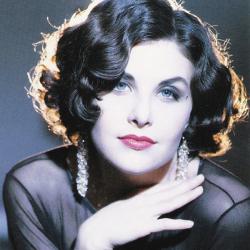