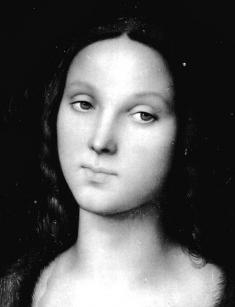 Mary Magdalene is a follower of Jesus Christ, considered to be a saint by the Catholic, Eastern Orthodox, and Lutheran churches. Houses for fallen women are named after her, she is identified with the image of a penitent sinner, and the prayers to St. Mary Magdalene bestow humbling, courage, help in the persecution and correction of non-Christians. Mary is traditionally considered to be the patroness of social workers, preachers, and teachers. Mary Magdalene was also a favorite subject of Renaissance artists.

The biography of Magdalene is full of mysteries and secrets because the only source indicating that the legendary follower of Jesus Christ existed is the Gospels. Therefore, biographers and scholars cannot confirm or refute that Mary Magdalene is a historical person.

There is little information about the childhood and youth of the woman. The name of Christ's supporter is mentioned only in some sources such as the Gospel of Luke which says the miraculous healing of the woman who was possessed by a demon. Her name can be found only in several parts of three Gospels of John, Matthew, and Mark.

Mary Magdalene, Equal to the Apostles, was born in the Israeli city of Magdala, located on the shores of the Sea of Galilee, the northern part of the Holy Land.

The holy scripture does not have information about Mary’s family. Although Western European legends have it that her parents were named Syrus and Eucharia, other sources indicate that Magdalene was orphaned and worked at the market.

The name of Jesus Christ’s follower is also worth attention. The name Mary was derived from the Hebrew language and translated as "Mother of God" in Eastern Christianity. According to traditional biblical ideas, some revered Christians were named after Jesus Christ’s mother. The nickname “Magdalene” has a geographical origin and means that she came from Magdala.

The placename means “Tower,” and there's a reason for that. The fact is that in the Middle Ages such settlements were the feudal knight's symbol, and, consequently, these noble features were identified with the personal qualities of Magdalene, who had a noble character.

But there is another assumption regarding the nickname of the Equal to the Apostles. The multivolume religious text, the Talmud, lists an expression “magadella," which means "curling of the hair” in Hebrew.

According to the Holy Scripture, the first meeting of Jesus Christ and Mary Magdalene took place in the house of the Pharisee Simon, where the sacrament of Confirmation was held. Confirmation is the sacrament when the believer is given the gifts of the Holy Spirit, along with specially prepared, consecrated oil.

The legend says that the woman watered Jesus' head from an alabaster jar, and also wetted His feet with tears and wiped them with her hair. Judging by the four Gospels, Jesus’ followers did not like that the guest wasted the expensive oil that could have been sold, and they could have given the money raised to the poor. The Pharisee also noticed that the woman who touched Christ was a sinner, but comparing the inhospitality of Simon with Mary’s efforts, Jesus said:

“For this reason I say to you, her sins, which are many, have been forgiven, for she loved much; but he who is forgiven little, loves little.”

But some researchers suggest that Magdalene had got acquainted with Jesus before the meeting in Simon's house. Christ said that "she loved much," so it can be assumed that Mary was among those who followed Him to Jerusalem. After her sins were forgiven, Magdalene became one of the best disciples of Christ, but Mary was not depicted among the 12 apostles in the painting “The Last Supper.”

Magdalene began to follow Christ, serving him and sharing her wealth, and Jesus trusted this woman even with the most intimate secrets. Thus, the disciples of Christ disliked Magdalene and wanted to get rid of the woman.

According to the legend, this woman was the only one who did not leave the Savior when he was arrested, while Peter, the most faithful of the apostles, denied his leader three times after he had been taken into custody.

It is known that Mary Magdalene was a witness to the execution of Jesus Christ together with His mother, mother's sister and Mary of Clopas. The follower of the Son of God stood beside Christ, sharing the great pain of sufferings of the Virgin Mary. When the Savior's heart stopped beating, Mary mourned the Savior, and then followed the body of Jesus to a niche carved into the rock by Joseph.

Byzantine literature indicates that after the execution, Mary Magdalene and the Mother of God went to the ancient city of Ephesus to John the Theologian and helped him in his writings. By the way, it is the Gospel of John that contains most of the information about Magdalene’s life.

The legend has it that Mary Magdalene returned a day after Christ’s death to the cave to show her devotion to the Savior smearing His body with aromatic oils and myrrh. But when Jesus’s disciple approached a rocky mountain, she discovered that the stone covering the entrance to the cave had been removed, and the cave was empty.

Mary was in despair and went to John and Peter to tell them that Jesus’s body had disappeared from the place of burial. Then the apostles and Magdalene went to the rocky mountain again and saw that the cave was empty. The disciples of Christ left the grotto mourning, while Mary remained near the tomb, crying and trying to understand the reason for the disappearance of Jesus Christ.

Mary Magdalene lifted her tearful eyes and saw two angels sitting in front of her. When they asked her about the cause of her misery, she replied that she suffered due to obscurity. Then the woman looked up and saw Jesus Christ, whom Mary had initially mistaken for a gardener and asked to indicate where the teacher’s grave was. But when the visitor said her name, she recognized the Son of God and threw at His feet. In the Gospel, Jesus replied to Mary:

"Do not hold on to me, for I have not yet ascended to the Father. Go instead to my brothers and tell them, 'I am ascending to my Father and your Father, to my God and your God.'

Then Jesus intrusted Magdalene to tell the apostles the news of His resurrection.

According to the Bible, Mary became a follower of Jesus Christ after cleaning of evil spirits and penitence, so many admirers of Christian traditions thought that Mary Magdalene was a great harlot and sinner.

Such identification of Mary with the nameless Gospel woman who washed the feet of the Savior can be found in the Catholic tradition, but neither Menaia nor her acathistos mention the lust of Christ’s follower. Thus, the Catholic church depicts Magdalene as a former prostitute, and the Italian painter Titian could convey the emotions of the woman in his painting "Penitent Magdalene."

In the Catholic Church, Mary Magdalene was a representative of the oldest profession. When she met the Son of God, she gave up her activity and became his follower.

It is worth mentioning that the Orthodox church mention only Magdalene’s obsession with demons, denying her dissipation. But Mary had a painful fate because the woman was not married and had no children. In those days, people eyed such women suspiciously, and Mary had to pretend to be possessed to avoid sexual harassment.

In the Orthodox tradition, Mary Magdalene appears as the Equal to the Apostles and holy Myrrhbearer (in the Protestant church, she is only the Holy Myrrhbearer). She has made an undeniable contribution to the preaching work. Mary spread the news of Jesus in Italy and once visited the Roman Emperor Tiberius.

The woman gave him an egg and said, "Christ is Risen!" Tiberius said that the resurrection was as impossible as the egg in her hand turning red. However, the egg became bright red. Thus, it was the origin of the Easter tradition.

It is believed that Christ’s follower worked hard in Rome, as evidenced by the New Testament that has the Letters of Saint Paul.

As for the Catholic church, it claims that Mary Magdalene spent the second part of her life in the desert, where she led an ascetic life and repented of sins every day. The clothes of the holy woman decayed, therefore her long hair covered the naked body. Mary was taken up into heaven by angels to heal her exhausted old body. But it should be mentioned that this story is borrowed from the description of the existence of the Christian saint Mary of Egypt, who is revered as the patron saint of penitents.

The personal life of Mary Magdalene is shrouded in mystery, so it is not surprising that historians advance various theories about the Equal to the Apostles. For example, some believe that Mary Magdalene was the wife of John the Divine, while others think that the Myrrhbearer was the wife of Jesus Christ because this woman played a significant role in the essential part of the New Testament.

Since church representatives tried to get rid of the books that contradicted their beliefs, there is practically no information about the beloved woman of Jesus, and there is an assumption that the lines about the family life of the Saviour were deleted from the New Testament on purpose.

But most scientists agree that Magdalene existed. The Gospel says that the disciples of Christ were jealous of Magdalene because of their kiss on the lips.

In those days, an unmarried woman could not follow the wanderers, unlike the wife of one of them. Scientists often appeal to the fact that after the resurrection Christ appeared to Mary but not to his disciples. Moreover, men who did not have wives were considered strange. Therefore, unmarried Jesus could hardly become a prophet and teacher.

In the Orthodox church, Mary Magdalene died quietly in Ephesus, and her relics were taken to Constantinople and placed in the church of St. Lazarus' Monastery.

According to the Catholic Church, when Mary was an anchoress and lived in the desert, a priest gave communion to her, although he was first embarrassed seeing the naked woman. They also claim that the remains of the Equal to the Apostles are kept in the church of at Saint-Maximin-la-Sainte-Baume, Provence.

A lot of colorful paintings were created, and documentaries were shot in memory of Mary Magdalene. It is noteworthy that the canvases usually show her as Myrrhbearer with an ointment vessel.