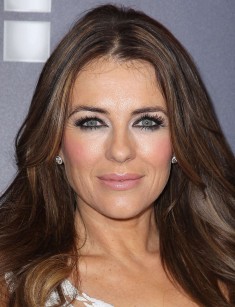 Elizabeth Hurley is an English actress, model, producer, and designer. She is the official brand name of Estée Lauder and the owner of the beachwear brand Elizabeth Hurley Beach. As an actress, Hurley is famous for her roles in Bedazzled and Serving Sara.

Elizabeth was born on June 10, 1965, in Basingstoke, Hampshire. The parents could hardly imagine their daughter would become a great star. The mother worked as a school teacher, and the father was a military man.

Because of the father’s military duty, the family had to move frequently. Each year, Liz went to a new school. Despite the traveling lifestyle, Roy Leonard and Angela Hurley brought up three children.

Liz’s mother noticed her daughter was thin and grew up slowly (today, Hurley’s height is 173 cm.). Instead of visiting a doctor or enhancing the child’s diet, she decided the girl should become a ballet dancer and took her to a dancing studio.

Hurley still shudders when she remembers those moments. The girl hated the ballet barre with all her heart. The father, who was the authoritative figure for her, supported the mother’s choice.

Elizabeth inherited her mother’s feminine shapes and developed early. The girl wanted to be expelled from the ballet studio so much that she ate nutritious food to gain some weight and started taking hormone pills. As a result, the managed to grow 20 cm. higher and put on 20 kg. in a short period.

The father instilled the strong will in his daughter: Elizabeth was not the one who would give up. London Studio Centre, the prestigious dancing and acting school, became her first goal; Hurley studied there for several years.

Elizabeth Hurley dreamed of a theater stage, but it was cinematography that brought her fame. Elizabeth started her career at the theater and on TV; she debuted in movies when she was 22.

The producer Don Boyd noticed the young woman and invited her to the musical Aria that consisted of 10 novellas created by different directors and based on opera masterpieces. In the segment Die Tote Stadt (The Dead City), Hurley took the role of Marietta; she performed splendidly.

The actress’s career improved; critics appreciated her talent. In the next years, Elizabeth participated in various movies and had secondary roles. In 1992, she debuted in Hollywood in the movie Passenger 57 where she played Sabrina. Although the project was a success, other Hollywood directors did not rush to offer her new roles. The young woman decided to try her luck in her homeland England.

Despite the challenges, Elizabeth believed in her talent and success. Hurley and Hugh Grant founded a movie company in England. Later, the actress began to receive numerous invitations. Today, she continues to work on movies, although there was a break in 2007-2011 when the woman married an Indian millionaire and almost stopped appearing on the big screen.

Hurley’s most popular movies are diverse. The actress’s talent gives her the opportunity to take completely different roles.

In 1997, Elizabeth played a spy woman in Austin Powers: International Man of Mystery.

In 1998, Hurley took the role of Sandra in the drama Permanent Midnight telling the story of a writer who lost everything due to his drug abuse. As the main character (Ben Stiller) wins a victory over his dependence, he comes back to his life.

In 2000, Elizabeth Hurley became The Devil in Bedazzled; she made the wishes of the protagonist (Brendan Fraser) come true in exchange for his soul. The deal was void eventually.

The movie Double Whammy was a success for the actress. Later on, the audience fancied the comedy Serving Sara with Matthew Perry and often quoted the movie.

Three years later, Elizabeth starred in the thriller Method; it was the story about an actress Rebecca who started confusing the real life and the imaginary cinema world. The teenage series Gossip Girl and the movie Made in Romania were Hurley’s next projects. In 2011, the actress got a role of Veronica Cale in the adventure movie Wonder Woman.

Elizabeth Hurley has appeared in more than 30 full-length movies and series. In 2015, she participated in the TV series The Royals about the imaginary family of the English kings and queens. Hurley received the role of Queen Helena. The TV audience liked the series, and the story was extended for four seasons.

The young actress gained the fame of a model unexpectedly. By 28, Hurley had started dating Hugh Grant. At the premiere of the movie Four Weddings and a Funeral starring Grant, the actress appeared with her lover, wearing a provocative Versace dress.

People were discussing Elizabeth’s look; many believed it was inappropriate. Still, it brought her a contract with Estée Lauder. The actress’s excellent body, natural grace, bright appearance, and talent gave her the chance to become a model and a representative of the famous brand without any previous training.

In 2005, Elizabeth presented a beachwear line “Elizabeth Hurley Beach.” Many stars like her swimsuits and emphasize Hurley’s diverse talent: Katy Perry, Paris Hilton, and other celebrities.

The gray-eyed beauty has always been popular among men. However, she had only one long and significant relationship with Hugh Grant. Elizabeth and Hugh spent 13 years together; Elizabeth supported and even brought up Grant, helped him, and made him feel confident.

Unfortunately, when Grant “grew up,” he felt his lover’s guardianship and friendship were too much for him; the couple split up. Besides, Liz wanted to have children passionately. The woman could not get pregnant, though: it was probably because of the excessive usage of hormonal methods in her youth.

In 2002, the long-awaited son was born; it was the actress’s new boyfriend, Steve Bing, who was the child’s father. Initially, he denied he was related to the boy, but a DNA test settled the things. To his credit, Hugh supported his ex-lover all that time and even planned to adopt the child. Still, the star couple broke up.

Elizabeth got a family after the son’s birth. In 2007, she married the Indian Arun Nayar. The husband was a jealous person, so Hurley stopped starring in movies for a while.

In 2011, the couple divorced; the same year, the actress announced her engagement to Shane Warne, but they split up in 2013. Later, Elizabeth was said to have romances with the son of the Russian millionaire Alexander Lebedev Evgeny and Jake Maskall, the partner in the series The Royals. In 2017, the media reported Elizabeth Hurley and the composer and producer David Foster were daring: they were noticed together when they used a private jet to go for a vacation. The couple made no comments.

Since 1995, Elizabeth Hurley has been a Breast Cancer Awareness Foundation (BCAF) activist; she participates in the events of the organization each year.

The actress is the friend of David and Victoria Beckham; she is the godmother of their sons, Brooklyn and Romeo.

Elizabeth Hurley continues to amaze fans with her perfect looks. She regularly posts photos in her brand swimsuits on her Instagram page and demonstrates elegant dresses on Twitter. Elizabeth’s height is 173 cm., and her weight has been stable for a long time. According to some sources, it is 54 kg. while others report it is 60 kg. Although the woman has posted quite provocative pictures in swimsuits, she has not become a model for Playboy and Maxim.

In her interviews, Elizabeth shares the secrets of her young look: the special diet. Hurley recommends to drink a glass of warm water every morning and avoid too much fruit and all flour-based food. Marine products, vegetables, light soups, and brown rice are the basic components of her healthy diet.

Hurley is not too fanatic when it comes to sports and training; the actress prefers pilates and yoga. Besides, Elizabeth likes contrast showers for their rejuvenating combined with vivacity and immunity strengthening effects.

Today, the actress does not appear on the big screen often; she is engaged in promoting her trademark. Apart from starring in the fourth season of the series The Royals, Hurley took part in voicing the upcoming animated movie The Wild Bunch in 2018. 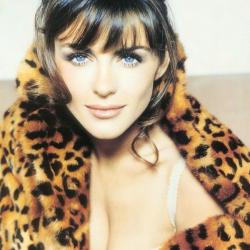