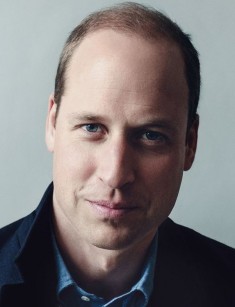 Prince William is one of the most famous personalities in the world community and contemporary European history. Nowadays, the Duke of Cambridge is a member of the British royal family and the first heir to the throne after his father, which he considers to be a great gift and a heavy curse. Nonetheless, Queen Elizabeth II's grandson has accepted the fact that William is a royal descendant and performs with dignity his duties in a society, thus attracting the attention of thousands of people.

Prince William was born on June 21, 1982, in St Mary's Hospital, London. The boy was born in the royal family as the first child of Charles, Prince of Wales, and Diana, Princess of Wales. He became the first heir to the throne after his father. ince birth William Arthur Philip Louis has gained popularity in society becoming the first member of the royal family born in a hospital.

In his childhood, Prince William was a restless and inquisitive child and also liked to play pranks for a while. But the unfailing love for his mother made William become staid in his teens and turn into a real prince from a tomboy. Then the boy focused on his studies and devoted his free time to books, and Princess Diana began to call her son a "thinker" jokingly.

A distinctive feature of the upbringing of Prince William and his brother Prince Harry was Ludgrove School in Berkshire since the mother strongly insisted that children should not study in the traditional isolated schools but be together with other children. Prince William recalls studying at school as the happiest days because the boy socialized and learned to communicate with people there, which in the future helped the prince to win the love of the English people.

At school, the young man lived with four other students in one room. They studied reading, arithmetic, history, and writing. The Prince, whose height is 191 cm, was also carried away by sports and achieved success in football, hockey, marathon, and athletics.

In 1995, upon graduation, the Duke of Cambridge entered the prestigious Eton College, where he studied the history of art, geography, and biology. The young man was good at vocation-related subjects, so the teachers remembered the heir to the royal throne as a diligent and educated student who possessed humility and manner. Prince William was sociable in primary school, and he quickly made friends at college. However, William had to live in a separate room in Eton. It was not because of arrogance, but for security reasons.

The first year of a happy and joyful life in college ended with a terrible shock. In late August 1996, his parents, the Prince of Wales and Princess Diana, filed for divorce. The heir to the throne worried about his parents’ breakup very much. But he supported his mother in the royal family because he loved her immensely.

The parents’ divorce was not the last misfortune in the royal family. On August 31, 1997, Princess Diana died in a car accident, which was appalling for Prince William. The young man grieved a lot after the loss of his beloved mother, so he became uncommunicative, stopped attending classes and completely shrank into himself.

At that moment, the prince got a so-called phobia as he began to hate the press since the royal heir considered the reporters responsible for the mother’s death.

To return to a quiet life and cope with stress, the Duke of Cambridge had to seek the assistance of psychoanalysts who helped William overcome the grief that struck the young man. After that, the prince pulled himself up and continued his studies, trying to fulfill the dreams of the deceased mother, who wanted the children to be educated people.

After completing his studies at Eton, William took a gap year and devoted himself to royal affairs. The young man decided to follow in Princess Diana’s footsteps and went on a journey around the world. The Duke of Cambridge visited many countries of the third world, where he held large-scale charitable events, as the mother did. During this time, William managed to put thoughts in order and determine his future education.

The royal heir chose the prestigious University of St Andrews, located in Scotland, where the young man enrolled as an ordinary student. Soon William became a student of the Faculty of Art History. The study did not bring much pleasure to Prince William, the young man even wanted to leave the university, but after the third year, he decided to change his main subject to Geography, which carried away the heir and allowed him to graduate with upper second class honors.

Prince William’s further occupation was a public service. The Duke of Cambridge participated on behalf of Queen Elizabeth II at the ceremonial events in New Zealand dedicated to the 60th anniversary of the end of World War II. He also worked in the management of a rural estate and various financial institutions.

In mid-2006, Prince William entered the Royal Military Academy, thus following the career of all male members of the royal family. The young man served in the Blues and Royals regiment of the Royal Horse Guards. In 2009, William graduated from Sandhurst as a Sub-lieutenant and entered the RAF where he was promoted to the rank of captain.

At the same time, Prince William made an honorary barrister, becoming the sixth member of the royal family, who, since the XIX century, managed to get this prestigious title.

But the practice of law did not attract the heir to the royal throne, so William decided to devote himself to work in the UK rescue service.

The prince joined the East Anglian Air Ambulance, located on the Welsh island of Anglesey. As a pilot of the rescue helicopter, William had to take part in many special operations, including the rescue of Russian sailors from the sunken ship MV Swanland.

Prince William's private life attracts public attention more than his military success. Until 2011, the young man was the most eligible bachelor in the whole world, then it became known about the engagement with Kate Middleton, and he did draw the attention of continental Europe.

The Duke of Cambridge met his future wife in 2001 while studying at the University of St Andrews. They had difficult relations at the beginning due to the close attention of journalists.

The lovers could not stand this "attack," so in 2007 they decided to split up. At the same time, many people believe that there was another the reason for separation. Prince William met again Jessica Craig, who had been his girlfriend before. But three years later the couple decided to get back together as they understood that still loved each other. So, the whole world became aware of the news about Prince William and Kate Middleton’s engagement.

The marriage of the heir to the royal throne took place on April 29, 2011, in the London Church of St. Peter, where thousands of people from all over the world came to see the wedding ceremony of the royal couple. According to the media, the wedding of Prince William and Kate Middleton cost about $ 175 million, and it became the most popular event in Europe.

After the archbishop declared William and Kate as husband and wife, Queen Elizabeth II conferred the young couple with the title of Duke and Duchess of Cambridge. Their official residence was Kensington Palace, which the couple inherited from Princess Diana.

Two years after the wedding, Kate Middleton gave birth to the heir on June 22, 2013. Happy parents named their son George, who since birth, has become one of the most famous people on the planet like his father.

In 2014, it became known about the Duchess of Cambridge was pregnant again. She gave birth to her daughter Charlotte on May 2, 2015. The photos of the young family appear regularly on the covers of the leading English and world editions.

After the birth of the children, Prince William decided to leave military service, expressing a desire to devote himself to royal duties and charity. The Duke tries to protect and preserve wildlife, which is on the verge of extinction due to catastrophic climate changes.

In 2012, the names of the Duke and Duchess of Cambridge got involved in a scandal when the provocative photographs of the couple on vacation appeared in the mass media. Kate Middleton’s topless pictures appeared on the covers of French Magazines Closer and La Provence. Prince William considered the actions of the paparazzi as a personal insult and filed a lawsuit against the reporters.

In early 2017 there was a scandalous video on YouTube video hosting with Prince William resting in Switzerland at Verbier resort. The monarch was without his wife and children together with Australian model Sophie Taylor.

Nevertheless, representatives of the royal family noted that Kate Middleton should not worry about the possible betrayal of the Duke of Cambridge. The monarch appeared with the top model only at several parties. Fans of the monarch's family noticed the dancing talents of the prince, but there were also critics who called William's bodily movements old-fashioned.

In the middle of the year, the Duke and Duchess of Cambridge filmed in the documentary Diana, Our Mother: Her Life And Legacy, shot for the ITV channel. Prince William has said in an interview that he tells Prince George and Princess Charlotte about their grandmother every night.

In 2017, it became known that Kate Middleton was expecting her third child. The wife of the Duke of Cambridge, as usual, did not feel well, so she had to cancel the current affairs and meetings.

On April 3, 2018, Kate Middleton gave birth to a son in the hospital of St. Mary. According to the media, the obstetricians prepared the whole wing for the Duchess of Cambridge. The third child of the royal couple was named Louis Arthur Charles, and the boy got the title of His Royal Highness Prince Louis Cambridge. At first, the heir to the royal family will live in Kensington Palace with his brother and mother.

On May 19, 2018, Kate and William appeared together at Prince Harry and Meghan Markle’s wedding for the first time after the birth of their son. William was the groomsman, and Kate was named the most elegant woman at the celebration again. By the way, the princes’ wives are friends. 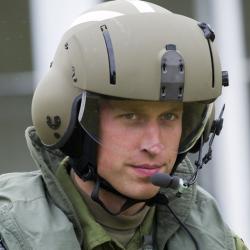