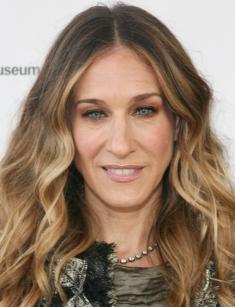 Sarah Jessica Parker is an American actress and producer who earned her fame for the role of Carrie Bradshaw in the series Sex and the City, as well as four Golden Globes and two Emmys.

The would-be actress was born in Nashville, Ohio. The girl’s father, Stephen Parker, worked as a journalist and owned a business; the mother, Barbara Keck, was a child caregiver and primary school teacher. There were four kids in the family including Sarah.

The girl did not even go to school when the parents divorced. The father moved to the east of the country, and the mother married her second husband, a truck driver Paul Forste. Soon, the children and their mother moved to his place.

As a school student, Sarah took an interest in theater, ballet, and singing. The parents noticed their daughter’s talent and encouraged her to develop it. At the age of nine, Sarah participated in her first auditions and received a role in the Broadway musical The Innocents. Following the success, Barbara, Paul, and the children moved to New York so that Sarah had the opportunity to go to a professional drama studio. The next year, Parker played one of the main characters in The Sound of Music and the musical Annie.

Soon, the young woman graduated from Dwight Morrow High School; she also finished a ballet studio, the School for Creative and Performing Arts in Cincinnati, and professional acting school for children.

In 1982, 17-year-old Sarah Jessica Parker debuted in the TV series Square Pegs that was broadcast for a year and did not get much attention. However, critics’ reviews on the actress’s work were positive. Soon, the small parts in the comedy Rich Kids and the melodrama Footloose followed. In 1985, the artist had the lead role in the musical comedy Girls Just Want to Have Fun.

1984 was marked with the popular fantastic movie for children Flight of the Navigator; the young talent played the intern scientist Carolyn McAdams.

In 1991, the woman appeared in the romantic comedy L.A. Story. Further on, she had several lead roles: the comedy Honeymoon in Vegas, the tragicomedy Ed Wood, the comedy Miami Rhapsody, and the melodrama If Lucy Fell. Each project was successful, and movie experts’ opinions were positive. The actress had the chance to collaborate with many international stars: Antonio Banderas, Johnny Depp, Bruce Willis, Bette Midler, and Nicolas Cage.

Besides, the American actress worked on secondary characters in various movies, such as the comedy The First Wives Club starring Goldie Hawn, Maggie Smith, and Diane Keaton. The actress looked as bright as they did.

The iconic series about the strong, independent women Sex and the City brought Sarah real fame. It has been one of the best roles in the actress’s career. She personified Carrie Bradshaw and won four Golden Globes, two Emmys, and three Screen Actors Guild Awards; overall, she had 20 nominations for various prizes. Six seasons of the series were created; in 2008, the full-length movie under the same title came out; it showed the events after the series. Two years later, the sequel of the movie was released.

Parker did not limit herself with the role of Bradshaw. As the series was filmed, she also worked on the comedy Dudley Do-Right, the melodrama Life Without Dick, the comedy The Family Stone, the melodrama Failure to Launch, the drama Spinning into Butter, the tragicomedy Smart People, the comedy I Don't Know How She Does It, and the rom-com Did You Hear About the Morgans? All these projects were marked with the lead parts. Movie critics welcomed them enthusiastically, the movie The Family Stone brought the nomination for the Golden Globe Award.

In 2011, the artist had the secondary role of Kate Doyle in the romantic comedy New Year's Eve. She also participated in four seasons of the TV series Glee.

Sarah Jessica Parker has had several affairs. When the young woman turned 19, she dated Robert Downey Jr.; they spent seven years together. Later on, the actress had romances with the actor Nicolas Cage and John F. Kennedy Jr., the son of the tragically famous president.

In 1997, Parker married her colleague Matthew Broderick. Five years later, their son James Wilkie Broderick was born. In summer 2009, the couple welcomed their twins Marion Loretta Elwell and Tabitha Hodge Broderick; a surrogate mother gave birth to them. As the actress says, the kids are the most important motivation for her.

At the end of 2009, the actress joined the President's Committee on the Arts and Humanities.

The Hollywood celebrity is involved in many projects apart from her movie career. For example, she promotes her own perfume Sarah Jessica Parker for sophisticated, feminine, and romantic ladies. Lovely is one of the most popular products among fans.

The artist keeps fit: her height is 5.25 feet (160 cm.), and her weight is 121.25 lbs. (55 kg.). She pays much attention to fashion; people know Sarah for her impeccable taste for expensive shoes. Parker has been developing her SJP Collection brand that creates the premium-class shoe lines and accessories.

In 2017, the media spread the information that the star presented the summer sneakers Meteor decorated with crystals; its cost was $255. The woman posted a short video on Instagram and wrote:

“Just in time for summer... She's here! She's Meteor! And, as her name suggests, she's seriously out of this world. A comfortable, smart, day-to-night silhouette that's SO sparkly she'll blow your mind”.

Today, Sarah Jessica Parker continues to participate in various projects. She appeared in the 2018 romantic drama Here and Now; the series Divorce is also aired.