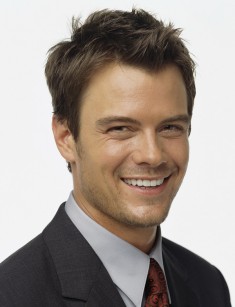 Josh Duhamel is an American actor who earlier worked as a professional male model. The actor is known to the movie lovers on his roles in the famous pictures Las Vegas, When in Rome, Safe Haven, Life as We Know It.

Joshua was born in the State of North Dakota in Minot. His father was the advertising agent Larry Duhamel, and mother Bonnie L. Kemper worked as a school teacher when her son was born. With time she retrained for the job of the private massage therapist. Josh was the firstborn at his parents. Later, there were born his three younger sisters – Ashlee, Mckenzee, and Kassidy.

When Duhamel was a teenager, his parents divorced. The young man with his sisters stayed with their mother, but in a short time he has graduated from the school and has set off for the campus of the State University. Though, Josh didn’t study the acting skills but chose the natural sciences. He has even demonstrated considerable progress in the mastering of difficult subjects of Biology and Chemistry. Also, the young man was a member of the protective line of the university American national soccer team.

Josh Duhamel hasn’t managed to finish his studies at the university. The half-year before the moment when he could receive the Bachelor’s degree the young man had to leave the university because of the financial problems. At that time he already started to specialize in the Dentistry. Much time later, in 2005, the actor would continue his studies and would receive the science degree. But then Joshua went to Los Angeles and be chance got engaged in the modeling.

The handsome young man took part in the photoshoots for the advertising brochures. Josh's photos appeared on the covers of the glossy fashion magazines. Duhamel performed in the music videos of the show business stars, for example in the song videos of Christina Aguilera and Donna Summer.

Josh Duhamel has got to the cinematography by chance as well as to the modeling business. The assistant director saw Josh’s photo in the magazine and invited him to pass the audition.

The soap opera All My Children was the first work of the aspiring actor. After this, the actor was approved for the leading role in the detective series Las Vegas. In 2004 Josh got the leading role in the comedy Win a Date with Tad Hamilton! About the young seller who by the results of the raffle received the trip to Hollywood for the meeting with her favorite actor. Except for Duhamel, Kate Bosworth and Topher Grace have presented the leading characters to the audience.

The actor's career began to take off step by step when the actor appeared in the mystical drama The Picture of Dorian Gray where he performed the episodic role. In horror under the title Turistas, the actor embodied the image of the leading personage. The movie Transformers has brought even greater popularity to Duhamel. In this fantastic action movie Transformers, the actor played the role of Captain William Lennox. Later, Josh received the part in the cast of the melodrama When in Rome in which he represented the character of the reporter Nick who fell in love with the girl Beth (Kristen Bell).

The Romantics is one more movie about love which tells the story of the forthcoming film about the lovers. But during the process of the wedding ceremony there becomes evident that the bridesmaid's female friend also has plans for the groom. The leading roles were performed by Katie Holmes, Josh Duhamel, and Anna Paquin. The first display of the movie was shown at the Sundance Film Festival.

Josh has received his next star role in the filmography in the social comedy Life as We Know It. Its unusual plot has attracted a number of the spectators to the screen. The movie tells the story of the sudden death of young parents who have indicated their friends as the trustees of their child in their will. The young people have had misunderstandings since the beginning of their relations, but then they had to live in the same house and to bring up their goddaughter. And again Josh Duhamel and Katherine Heigl have appeared in the leading roles. The audience has already fallen in love with these actors.

In a short time, the actor together with Bruce Willis have become the stars of the crime fighter Fire with Fire. Moreover, it's worth noting his partnership with Julianne Hough in the melodrama Safe Haven. Furthermore, the participation of the actor in the movie New Year's Eve directed by Garry Marshall has been extremely successful. In this movie, there has been chosen the star cast. In the romantic comedy there took part Jon Bon Jovi, Robert De Niro, Zac Efron, Ashton Kutcher, Sarah Jessica Parker, and even Michelle Pfeiffer. Josh has tried himself in the dramatic image. You're Not You about the terminally ill pianist.

During the last years of the creative biography, Josh Duhamel returned to the detective genre again and even to the thrillers. There was released the comic series telling about the investigators Battle Creek, the gripping psychological movie Lost in the Sun about the criminals' life and the fantastic series 11.22.63 based on the novel of Stephen King.

During the young years, the actor didn't have a stable personal life. Josh Duhamel had relations with the model Christie Pearce and then had love affairs with the actresses Nikki Cox and Heidi Mueller. And in 2004 the fate brought the actor together with Stacy Ann Ferguson, the solo singer of The Black Eyed Peas band. She is known under the stage pseudonym of Fergie. The young people began to meet each other, and three years later they announced their engagement. Though, they were postponing the official wedding ceremony for quite a long time.

Only on the 10th of January, 2009 Josh Duhamel got married to Stacy Ferguson in the Roman Catholic Church. They celebrated their beautiful wedding in Malibu, on the vineyards. They have celebrated their marriage in private. The photographers and journalists weren’t allowed to enter the territory. Four years later happy spouses became parents: their son Axl Jack was born. The Duhamel couple was famous for their godliness and regular visiting of the Catholic church.

In September of 2017, Fergie and Duhamel announced their parting.

In his spare time, Josh prefers competing in the team sports – basketball and soccer, but he can also go to the golf course. Moreover, the actor has realized himself in the business sphere. In his native town Minot, Josh has opened the restaurant 10 North Main which specializes in the quarry dishes.

At present, the Hollywood actor is at the peak of his professional career. Josh regularly takes part in the exciting projects which help the actor to develop the frames of his image. But more often the actor appears on the screen in the roles of the characters who demand concentration and courage. Mostly, he receives the parts of the captains, police officers and military men.

In 2017 Duhamel enriched his filmography with the key role in the fantastic fighter Transformers: The Last Knight. In this franchise, the actor has taken part for the first time.

The release of the comedy LA to Vegas where Josh played the role of the secondary character became the premiere of 2018. The hero of Captain Kyle regularly sits in the pilot’s cabin of the airbus making flights from one town to another. On board, the plane there happen many interesting meetings and events.

In February of 2018, there began the broadcast of the detective series Unsolved which tells about the murder of two stars of the rap industry during the war, the hip-hop performers of the Western and Eastern parts of the USA. Josh Duhamel presented the major character of Detective Greg Kading in this crime series.

In March there was held the first display of the youth drama with comedy elements under the title Love, Simon about the senior pupil who has had his first feelings of love to his schoolmate. Together with the actress Jennifer Garner, Josh Duhamel embodied the image of Simon’s parents (Nick Robinson).

The busy working schedule doesn't prevent Josh Duhamel to think about his future and to get prepared for the shootings in the new projects – The Buddy Games and What's He Got?. He is supposed that Josh Duhamel will produce the first of this movie. It's already the second experience of the actor in the role of the producer. His first experience was the picture Scenic Route released in 2013. 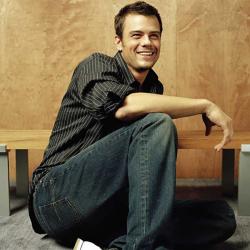