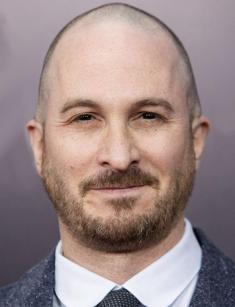 Hollywood became the best movie maker in the world in the last century and united diverse professionals. Cinematography proved to be beneficial. However, when money comes, other things often pale.

As a result, directors split apart: some of them created movies the way they wanted while others followed producers’ requirements. Today, the situation is somehow similar to the past, yet the best projects are presented by those who do not give in to studio bosses blindly. The American director Darren Aronofsky is among them.

The would-be movie creator was born in Brooklyn, New York on February 12, 1969. The boy’s parents were conservative Jewish and worked as teachers in local schools. When Darren was one year old, Charlotte and Abraham moved to the Italian Jewish neighborhood, Manhattan Beach; this is where Darren spent his childhood.

Aronofsky fell in love with cinematography thanks to Star Wars; he began to consider directing as his career at that period. As the young man finished Edward R. Murrow High School, the parents sponsored his travel across Europe and the Near East, as well as a summer vacation in Guatemala. They believed their son would have a chance to relax after school, see the world, and identify his future profession. It happened precisely so. In 1987, Darren entered Harvard University to study animation and cinematography.

In 1992, Aronofsky moved to Los Angeles to enroll at the American Film Institute directing courses. The short movie Protozoa about people decaying because of information drugs was his thesis project; young Lucy Liu played the main character. In 1993, Darren received a Master of Fine Arts degree.

In 1995, the director felt determined enough to create a full-length movie; it was the psychological thriller Pi named after the mathematical constant. It is the story about a scientist Max Cohen obsessed with the number theory; due to his sudden discovery, he finds himself in a weird situation. In one of his interviews, Aronofsky said he was inspired by The Cabinet of Dr. Caligari (1920) by Robert Wiene and Alfred Hitchcock’s movies.

In 1998, the director presented his work at Sundance Film Festival and gained the Directing Award. The success encouraged him to adapt another Hubert Selby’s book, the novel Requiem for a Dream (1978), to the screen.

The movie came out in 2000 and immediately earned the audience’s recognition. The director had the Academy Awards and the Golden Globe nominations. However, the next project, The Fountain, hushed down Darren’s passion: the conflict with Brad Pitt led to his withdrawal, and the shooting stopped for several years. At that time, Aronofsky tried himself as a producer of other movie makers’ movies (Below, 2002).

The work on The Fountain was renewed when Hugh Jackman joined the cast; producers agreed to give half of the initial budget ($35 million). To reduce the expenses, Darren asked his fiancée, Rachel Weisz, to play the main female character. The premiere took place at the 2006 Venice Film Festival. Although critics and ordinary people’s opinions were favorable, the international box office left much to be desired.

The impressions of that event were reflected in Aronofsky’s next project, The Wrestler with Mickey Rourke. As the story runs, the star wrestler Randy is severely injured; doctors tell him he has to stop fighting if he wants to live. The man tries to accept that but fails: he belongs to the ring and comes back there in the end.

In 2008, The Wrestler was presented at the Venice Film Festival and won the Golden Lion.

The next project, Black Swan (2010) starred Natalie Portman who personified a ballet dancer with mental issues. The project grossed 25 times more than its budget. Mila Kunis and Vincent Cassel appeared there as well.

While Black Swan was a hit in movie theaters all over the world, Darren produced the sports biopic The Fighter by David O. Russell; Mark Wahlberg and Christian Bale played there.

2014 was marked with the movie Noah. Darren noticed this Biblical figure in his childhood and thought he was not developed much as a character. The first plot sketches appeared in 2007; however, the script was finished thanks to Ari Handel who collaborated with Aronofsky in his previous projects.

The director realized it was a grandiose idea and decided to publish a graphic novel for large studio owners. It worked out: Paramount and New Regency provided the necessary financial and technical assistance.

Noah promised to be a success, but life turned out to be different: the movie was prohibited in Indonesia, China, Pakistan, Egypt, and some other regions because of its religious content. Thus, the project hardly earned its keep.

In 2015-2016, Aronofsky worked as a producer on Zipper with Patrick Wilson, Jackie with Natalie Portman and Peter Sarsgaard, and Aftermath with Arnold Schwarzenegger.

In 2001, Darren started dating the actress Rachel Weisz; they got engaged in 2005, and their son Henry was born. In 2010, the couple split up but continued to bring up their kid together. Soon, Rachel was noticed with Daniel Craig famous for James Bond movies; she is married to him now. The Canadian Brandi-Ann Milbradt became the director’s new girlfriend soon, but it did not work out.

In 2016, the man had an affair with young Jennifer Lawrence who played the lead part in his new project; this relationship did not last long, too. In 2018, journalists spotted Aronofsky with the actress and model Suki Waterhouse.

Fall 2017 was marked with the new movie, mother! Critics called it the modern reply to Roman Polanski’s Rosemary's Baby and Repulsion. Before the premiere, the director posted pictures from the movie set on his social network pages. It was a unique project for Aronofsky: the horror genre and five days to write the script; he had to stop making another movie.

Today, Darren plans to return to the aborted work; it will probably be something like the modern version of It. Rumors have it the director is going to present the screen version of Dan Simmons’s Children of the Night (1991).

Besides, the man expressed his wish to direct a superhero movie. His name appeared when Batman Begins, X-Men Origins: Wolverine, and Man of Steel were being made; still, he did not participate there for some reason.