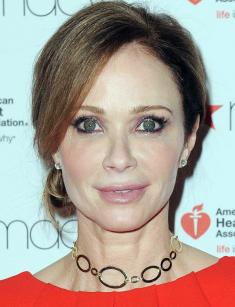 Lauren Holly is an American actress. She has become famous after the release of the television series Picket Fences in which she played the role of the assistant of the sheriff Maxine Stewart and also in the movie Dumb and Dumber featuring Jim Carrey and Jeff Daniels.

Lauren Holly was born in the town of Bristol situated in the State of Pennsylvania. There is information that the actress has two brothers. One of them died during the firefight, and the second works as a literary agent in the Hollywood editorial.

The father of the actress acquainted the students of the college with literature, and her mother taught history at Rochester University. Lauren spent her childhood in the town of Geneva (State of New York). Here she finished the higher school where she was engaged in the cheerleading during a couple of years.

Having received the certificate about the completion of the secondary education, the ambitious girl entered Sarah Lawrence College, and in 1985 she became the bachelor of arts in the specialty of English literature.

At the age of twenty-three, Holly took part in the television soap opera All My Children in which she performed the role of Julia Chandler during three years (1986 — 1989). In 1990 the actress performed the role of the character form Batty comics in the TV show Archie: To Riverdale and Back Again. These two works also opened the doors to the world of big cinematography for Holly.

In 1993 the biographic movie Dragon: The Bruce Lee Story came out on the screen. In the picture which tells about the life of the master of martial arts, Lauren performed the role of Bruce Lee.

The next year was marked by the release of the comedy Dumb and Dumber. The picture told about the story of two unemployed young people who are going to have a reckless travel all around the country, having hopes to interrupt the continuous run of bad luck. In this movie, the actress received the role of Mary Swanson – the girl with whom the character of Jim Carrey fell in love.

In January of 1997, there was premiered the movie under the title Turbulence with Ray Liotta in the major role. The bloodthirsty maniac Ryan Weaver is in the center of the plot. Under the supervision of the group of marshal's Service together with other detainees, he goes to the place of the execution of the sentence – the death penalty.

Weaver tips the criminals off to organize a revolt and to try to seize the plane. All this results in the firefight during which all the prisoners, except for Weaver and even the pilots perish.

The maniac tries to persuade the stewardesses that at the time of the landing they have to convince the enforcement agencies that he is innocent and has become the victim of the slander. The stewardesses refuse to the prisoner. To prove the seriousness of his intentions, the man kills one of the stewardesses in the face of her colleagues and announces that in case of the failure of the fulfillment of his requirements he will break the plane.

In 2000 the fans could see their favorite actress in the movie of the director see the Nancy Meyers under the title What Women Want. The employee of the advertising agency is in the center of the plot of the movie. Nick Marshall (Mel Gibson) promotes ladies’ attributes and accessories (tights, shadows, lipsticks, nail varnishes). To achieve the long-awaited promotion, the handsome and seductive brunette needs to invent not only the advertising video but the multiple-pass combination including performance, graphics presentation, and different slogans.

Because of the small household oversight after taking a bath with the switched-on hair dryer, in the morning Nick finds in himself the supernatural ability to read the thoughts of women. The gift which helps the lady’s man to seduce more and more women, as a result, allows the man to look at women from the other side. In this movie, Lauren performed Nick's ex-wife - Gigi.

During the period from 2002 to 2009, the actress enriched her filmography with the movies Buddymoon, The Chumscrubber, Pavement, and Crank: High Voltage. In 2015 the movie February came out on the screen. In this movie, except for Holly, there appeared Emma Roberts, Kiernan Shipka, Lucy Boynton. In the movie, there are two subject lines which intertwine.

The first line tells about Rose and Kate who preferred stay in the Catholic boarding school during winter vacation instead of spending cheerful time with their families. The second line tells a story of the girl called Joan whom the compassionate man with his wife picked up at the gas station.

In 1991-1993 Lauren was in a marriage with the actor Danny Quinn. After the spouses officially divorced the actress was suffering from depression during a couple of years.

The charming comedian Jim Carrey whom the actress met during the shootings of the movie Dumb and Dumber managed to bring her back. At that time the colleagues began to have a long-lasting love affair which resulted in the marriage which later led to the divorce after a year of joint life.

In 2011 Holly married the banker and investor Francis Greco, and during thirteen she was a loving wife and mother and was bringing up three adopted children — Alexander, William, and Henry. There is information that the actress called her first son in honor of her brother who was killed in the street firefight at the age of fourteen. Unfortunately, this relationship also broke up in 2014.

The release of the movie Dead Shack directed by Peter Ricq is set for the end of 2017. This movie tells about the teenagers who want to help their drunk parents to avoid the terrible fate of being eaten by zombies. Besides for Lauren, Valerie Tian, Donavon Stinson, Lizzie Boys also took part in this picture.

It’s also known that in 2018 Holly will enrich her biography with the drama under the title Ultra Low. Now there is no information about the cast and movie plots. The work on this movie has already begun.

Despite the hard working schedule, the actress doesn’t forget about the fans. On Instagram Lauren regularly posts video cuts from her vacations and the photos from her personal archives as well.

It’s worth noting that the social networks aren't the only source which tells the fans about the latest news from the life of their favorite actor. On the different web portals and in the printed editions there are often published the materials connected with the creative biography of the Hollywood star. 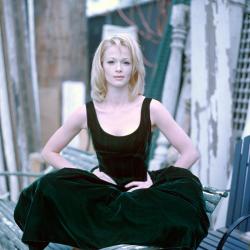