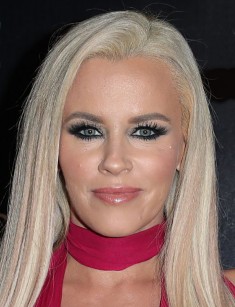 All movie actors can be broadly divided into several categories: those who with equal success can portray a hundred different characters, and those who play in different films without changing the role, and they are always associated with one image. Actress Jenny McCarthy has joined the last groups.

Jennifer Ann McCarthy was born on November 1, 1972, in the West Elsdon neighborhood of Chicago (Illinois, USA). The girl was the second of four daughters of Dan and Linda McCarthy. The other three sisters are named Amy, Joanne, and Lynette.

After graduation from St. Turibius Elementary School in Chicago, McCarthy attended Mother McAuley Liberal Arts High School, where, according to the actress, she was a real outcast. It was the reason to be a cheerleader at both Brother Rice High School and St. Laurence High School.

Jennifer's family could not afford to pay for her studying at the university. To solve the problem, McCarthy did something that no one could expect from the girl who received religious education. She participated in a photo session wearing the Mother McAuley Liberal Arts High School uniform and sent photos to Playboy. They took the pictures, paid for them and published them. So, the student of the Faculty of Medicine at Southern Illinois University became the Playmate of the Month for October 1993.

The management of Playboy magazine appreciated the audience's interest in the girl. In fact, Jenny McCarthy immediately received an offer that she could not refuse. She signed a contract, and in 1994 the girl became a high-profile model and the Playmate of the Year.

McCarthy cooperated with Hugh Hefner’s magazine until 1998. Later, the girl appeared in other similar magazines, for example, in Maxim. Jennifer states that it was the modeling career that helped her to develop an acting career.

Jenny McCarthy first appeared on the screen in the crime series Silk Stalkings with Mitzi Kapture and Rob Estes in the leading roles. It happened in 1994.

A year later, the young actress starred in the movie Things to Do in Denver When You're Dead by director Gary Fleder (Kiss the Girls, Don't Say a Word, Runaway Jury), where her colleagues on the set were Andy Garcia, Christopher Lloyd, Steve Buscemi and Christopher Walken.

Then she starred in the television series The Drew Carey Show, and Mr. Show with Bob and David. However, during this period, McCarthy’s main series was Baywatch with David Hasselhoff and Pamela Anderson.

In 1997, Jenny starred in the sitcom Just Shoot Me!, which tells the story about journalist Maya Gallo, who instead of covering acute social problems, has to write articles for her father’s fashion magazine.

In 1998, McCarthy starred with the creators of the animated series South Park, Trey Parker and Matt Stone, in the film BASEketball by David Zucker (Airplane!, The Naked Gun: From the Files of Police Squad!, My Boss's Daughter). The same year, the girl joined the cast of the series Charmed, which featured such actresses as Alyssa Milano, Holly Marie Combs, and Rose McGowan.

In 2000, McCarthy refused to participate in the parody franchise Scary Movie. She preferred to star in the third part of another franchise - Scream by Wes Craven (The Hills Have Eyes, A Nightmare on Elm Street, The People Under the Stairs.). In this film, Jenny had a chance to play with Neve Campbell, Courteney Cox, David Arquette, Patrick Dempsey and Liev Schreiber.

In 2002, the actress first played a role in the comedy The Perfect You. This film became Matthew Miller’s debut as a director. He is also a screenwriter of the series 666 Park Avenue, Human Target and Lethal Weapon. Later, there was a period of series again. She played bit parts in Fastlane, What I Like About You, Less Than Perfect, Wild Card and Hope & Faith.

In 2003, Jenny starred in another part of Scary Movie because its director was familiar David Zucker. Two years later, McCarthy once again worked with old friends Christopher Lloyd and Pamela Anderson. They played in the comedy series Stacked.

This series was followed by Jenny’s appearance in My Name Is Earl, where Jason Lee and Jaime Pressly performed the leading roles.

She also starred in a full-length project in 2005. It was the film Dirty Love, which was directed by her husband. The actress wrote the script for the film. The star of the franchise American Pie, Eddie Kaye Thomas, got the male title role in that film. It also featured the popular rock band Sum-41.

The following year, she played a role in the youth comedy John Tucker Must Die with Jesse Metcalfe and Brittany Snow. Then McCarthy starred in the action-comedy series Chuck, which tells about the everyday life of a super-spy.

In 2008, along with stand-up comedian Larry the Cable Guy, Jennifer starred in the crime comedy Witless Protection. Two years later she provided a voice for Sammy's Adventures (the actress had already a similar experience because she voiced the character in the animated series about Scooby-Doo and his friends).

In 2013, McCarthy starred in the movie Saving Little Italy, but it was not released. Since 2015, she has played with her new husband in the series Donnie Loves Jenny.

The actress also sometimes hosts various events on the MTV channel. Since 2004, Jenny has been a host of The View.

From 1999 to 2005 she was married to director John Mallory Asher. They worked together in the films Diamonds, Thank Heaven and Dirty Love. In 2002, the couple had a son, Evan Joseph. The child was different from his peers. His mother believed that he was a so-called indigo child, but after visiting the hospital, he was diagnosed with autism.

The actress became a victim of cyber attacks. It was the known iCloud unlock crack when a lot of photos of naked celebrities spread on the Internet.

By the autumn of 2017, Jennifer almost abandoned her acting career. At that time, she was writing books (one of them would reveal the secret side of her biography) and fighting against the United States Department of Health and Human Services. McCarthy believes that there is a link between childhood vaccinations and her son’s autism. 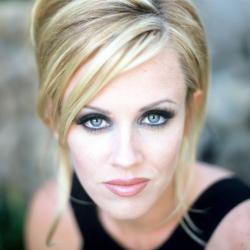