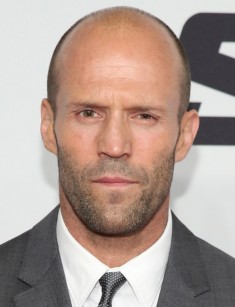 Jason Statham is an English actor. He has been remembered by the audience due to his movies "Lock, Stock and Two Smoking Barrels", "Snatch" and "The Transporter".

Jason Statham was born in July 1967 in the English town of Shirebrook. The future actor grew in the family of the musician who was playing music for the public in the bars and in the shops. Jason's mother was a dancer. Except for Jason in the family, there was one elder son. The men in the Statham's family were seriously engaged in sports. Jason's father Barry Statham was a gymnast and a boxer. Jason’s elder brother practiced boxing, quite often training on his younger brother, using him instead of the punching bag.

Except for martial arts, Jason himself was also fond of soccer. But swimming was his favorite kind of sport and in future, the actor would achieve considerable success in this sport. Jason Statham had been the part of the national team of Great Britain, specializing in diving for more than 10 years. In 1988 the swimmer even participated in the Olympic Games in Seoul. In 1992 Statham managed to take the 12th place at the world championship.

Jason helped his family financially. The guy was involved in the street trade, as such business brought income. The future actor was selling perfumery and cheap jewelry.

Once this handsome and attractive athlete (Jason's growth is 178 cm, his weight is 83 kg) when he was swimming in the pool, was noticed by the advertising agent of Tommy Hilfiger brand. Jason was invited to advertise brand jeans. As a result, the future actor had been working in the model business for some time.

The cinema biography of Jason Statham had begun rather suddenly. The owner of Tommy Hilfiger brand decided to invest his money and began to produce the debut movie "Lock, Stock and Two Smoking Barrels" directed by Guy Ritchie. Having read the script, the businessman remembered Jason and recommended the actor to the British director. The beginning director had become interested in a manly candidate for the role whose appearance was suitable for the character. Guy Ritchie became more interested in the personality of the guy who was advertising brand clothes.

Later Statham told that the film director had given him a task: to force the buyers to pursue jewelry, pretending that it was gold. The future actor had coped brilliantly with this task. Moreover, he masterly refused to take back the sold trinkets. Having passed this "examination", Jason Statham received the role in the cult picture, and from that moment his outstanding career as the actor at cinematography had begun.

After his first picture recognized with a number of prizes and prestigious awards, Guy Ritchie began to work on the following picture under the title "Snatch". It was planned that the American actors Brad Pitt, Dennis Farina and the Croatian actor Rade Šerbedžija would play the leading roles. Ritchie invited Statham to take part in this movie, and at first, he offered the actor to play the supporting role - Jason had to play the organizer of the underground fights. But during the process of the shootings, the duties of the actor had changed and the British actor became the main voiceover story-teller. The movie "Snatch" gained less popularity than the previous movie, but Statham received another wave of spectators’ love and fame.

Later the actor from Shirebrook once again appeared in the picture "Revolver" which was directed by the same Guy Ritchie. The film critics considered that the cinema biography of Jason Statham had begun with the movies directed by Ritchie. Moreover, the experts claim that this director "had created the new star of the world cinema".

At the beginning of 2000, Statham became popular in the movie industry. The British actor had his debut in the American cinema as a drug dealer in the picture "Turn It Up". Then there was a range of the following successful movies: "War", "The Italian Job", "The One", "Ghosts of Mars" and "Crank".

The gripping movie "The Transporter" directed by Luc Besson became the real breakthrough for Statham. The role of the character Frank Martin brought to the actor huge popularity. His sports training appeared to be useful to Jason, as the physical activities let the actor perform dangerous tricks without doubles and stuntmen. The box office from the release of was huge. Statham had made a fortune, having received for this movie a fee of nearly $1 million. Later, the sequels to this movie were released which also brought high grosses.

Statham is one of the most respectable and favorite actors of Sylvester Stallone. The celebrities performed together in the picture "The Expendables" which was directed by Stallone. Other prominent representatives of the world cinema also participated in this movie: Jet Li, Dolph Lundgren, Mickey Rourke.

The latest films with the participation of Jason Statham became "Safe", "13", "Parker", "Mechanic", "Homefront", "Killer Elite", "Wild Card" and "Spy". The film critics consider roles in these pictures not less successful, than in "The Transporter" which made Jason the star of the world cinematography.

The movie "Parker" didn't become a breakthrough for Statham. The picture wasn’t discussed a lot, but the actor commented on his participation in this work and also in other movies of the similar genre more than once, calling the action movies "his genre".

"It is easier for me to judge the fighters on the part of the participant of the production. And so, the most unpleasant thing in the pictures of such genre from the point of view of the actor who takes part in them — is the fact that it’s difficult to find a role, which you can play and get 10 out of 10, as they say, I mean that both the story and special effects should be good enough, and all the rest too. It’s fair for all the kinds of movies and in general, you always want to make something better, than you did before", – Statham noted. The actor confessed in his interview to the journalists that the roles in the fighters were more suitable for him than the roles in melodramas or serious psychological movies. According to the words of the British actor, the public also loves him for these movies, and he feels confident in such pictures as he can realize his actor's potential fully. As the film actor claims, he enjoys demonstrating his strength in the action movies.

The words of the celebrity are confirmed by Dennis Gansel - the director of the new part of the movie "The Mechanic" who noted that Statham is a real star of the action movies. Gansel notes that Jason copes with dangerous scenes on his own, and it allows the actor to develop his career in the cinema as a stuntman.

In 2015 Jason Statham admitted in his interview to the American mass media that he would participate in the movie "The Fate of the Furious". Soon after this information was confirmed, Statham played the role of Deckard Shaw. It is the expected sequel to the movie "Furious 7", the movie became the most high-grossing project of 2015. Such success allowed its creators to think of the continuation of the popular franchise.

Personal life of Jason Statham is full of events and love affairs. The brutal English lady-killer has great success with women.

The relationship of Jason Statham with the actress Kelly Brook had lasted for a couple of years. But in 2004 the couple broke out during her shootings in Greece Kelly began a new love affair with Billy Zane, her partner in the movie.

Statham hadn’t remained lonely for long: soon the actor met one more beauty – the singer and the actress Sophie Monk. This relationship was rather short in time. The love affair of the actor with the art critic Alex Zosman was even more fleeting.

In spring of 2010, Jason began his new love story which lasts till present time. Statham began to meet the model Rosie Huntington-Whiteley. According to the British journalists, the girl is included into the list of the wealthiest models, earning $8 million a year. On the 10th of January 2016, Jason and Rosie announced their engagement, but nothing is known about their wedding yet. It's impossible to call the relations of the celebrities ideal. It is known that Jason and Rosie separated, having decided to live separately for some time, but today the young people are together again.

In February 2017 it became known that Jason and Rosie were expecting their firstborn. According to the British press, in June 2017 at the couple, their first child was born. The model also reported about it on her Instagram page.

On the 24th of June, 2017 Jason Statham became a father for the first time. His beloved Rosie Huntington-Whiteley gave birth to the actor’s son - Jack Oscar Statham.

In 2016 Jason Statham played together with Jessica Alba in the picture "Mechanic: Resurrection". In this fighter, Jason received the role of Arthur Bishop who decided to give up his hitman's job. The main character meets the girl Gina (the role was played by Jessica Alba) and goes on to have a rest with her on the sea coast. Soon Bishop's beloved is kidnapped by the criminal group. The bandits demand from him to commit some more murders. This movie became one more typical picture in Statham's career.

In 2017 movie "The Fate of the Furious" with the participation of British actor was released and the display of the fantastic horror movie under the title "The Meg" is set for 2018.

Jason also participates in advertising campaigns. Together with the Israeli actress and model Gal Gadot the film actor took part in advertising video of the Wix Website Builder. In the video, the characters of Gadot and Statham have supper at the restaurant. When the group of bandits enters the restaurant, the heroes begin to fight and the employees are watching what’s going on. Only one cook who has been fond of the creation of the restaurant’s website on the basis of the Wix Website Builder ignores the events.

According to the marketing director of the Wix company, the organization decided to increase the feeling of safety at their clients. The management of the Israeli corporation assures: "Wix will always be near, your business is under the reliable protection".

In 2017 the information appeared in the American media that Statham would also participate in the 9th part of the franchise. The release of the new movie is set for April 2019. In his interview, the British actor noted that he was ready to perform in the popular movie again.

It is planned that the actress Helen Mirren will play Deckard Shaw's mother. It is the role that Statham had got in the movie "The Fate of the Furious".

"In this movie, a surprising disclosure about Deckard Shaw is waiting for the audience. Perhaps, Deckard will appear in a bit different image. The scriptwriters had already discussed the key points with me, – Jason Statham said in his interview for MTV.

Statham's statements were also confirmed by the American actor Vin Diesel who noted that Shaw's family would play an important role in the development of the plot of two last films of the franchise. The premieres of new movies are planned for 2019 and 2021.

Statham's training attracts special popularity. The users of the social networks are constantly interested in the program of exercises which allows the British actor to be in good shape. His admirers want to look like their idol. 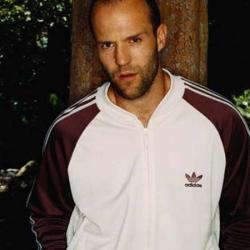