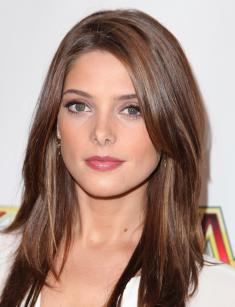 Ashley Greene is an American actress who became famous for the role of Alice Cullen in the film adaptations of the Twilight novels.

Ashley Greene was born in the south of the United States, in the town of Jacksonville, Florida. The actress’s mother, Michele Tatum, worked as an insurance agent, and her father Joe Greene, a former U.S. Marine, ran his small private firm. Ashley has an elder brother, Joe, who was named after his father. The brother still lives with his parents in his hometown.

In early childhood, Greene was a real madcap. Therefore, the parents decided to enroll Ashley in the martial arts group to help the girl manage her emotions. She proved herself to be a real fighter and won some medals at local taekwondo tournaments.

In school, she dreamed of a modeling career and attended many auditions, organized by professional agencies. But the girl’s height (5.41 ft. (165 cm)) was not enough for the runway, and Greene was not interested in only photo shoots. Then Ashley decided to try her hand at acting. She entered the famous school, The Lee Strasberg Theatre and Film Institute, and soon realized that she liked this profession even more.

Before playing in a big movie, she starred in commercials and music videos, including the video for the song of the band t.A.T.u. (Julia Volkova and Lena Katina) “Lyudi Invalidy” (Disabled People).

After filming in music videos and playing bit parts in television series, Ashley Greene got a more prominent role in the comedy film King of California, in which she co-starred with actor Michael Douglas. The next character of precognitive vampire Alice Cullen in the highly-rated fantasy romantic saga Twilight made Ashley the world-famous star.

The actress played this role in all parts of the film series until 2012. Greene might not have appeared in the final installment, although the actress’s character played a key role there. The young woman had a serious conflict with the producers due to the low income of the actress. But by the start of the shooting, they solved the problems, and Greene appeared in the final part.

While filming in Twilight, Ashley starred in the social drama Skateland, the action movie A Warrior's Heart, the comedy Butter, and the melodrama LOL. The significant work was the thriller The Apparition, where Tom Felton, the star of another cult Harry Potter saga, became the actress’s partner. In this film, Ashley Greene played the leading female role.

The heroine lives in a house that is being attacked by an apparition. It turns out that the young people that live in this house accidentally raised the spirit in college when they conducted a parapsychological experiment. Now the couple is only hoping for the help of a paranormal expert since the heroes cannot lay a ghost themselves. After this role, the actress's filmography began to include characters in thrillers and horror films regularly.

The actress played the following leading role in 2014. Ashley Greene portrayed Evelyn in the horror comedy film Burying The Ex. The actress’s heroine is the ex-girlfriend who after her death, returned to the man who had already forgotten her. The young man has already found a new girlfriend whom he considers much calmer and sweeter than the former one. So, he is not ready for the invasion of zombies.

2016 was a fruitful year for the actress. Ashley Greene played the role of Theresa in the thriller Urge, which tells about a party on a remote island, where the owner offers his guests a new drug, living out their desires and making them lose control of their impulsive actions. The party turns into a nightmare, and the owner pretends to be God, who has decided to get rid of unwanted people.

In 2016, the actress also appeared in the comedy horror film Holidays. It is an anthology film of subversive short horror films showing chilling scenes of event that could happen during the holidays such as Halloween, Valentine's Day, Christmas and Easter.

The actress played bit parts in the crime melodrama Shangri-La Suite about a couple in love who ran away from a psychiatric hospital to kill the King of Rock'n' Rol, Elvis Presley, and in the drama In Dubious Battle, which tells about the establishment of the first American labor movement and the emergence of trade unions in the 1930s.

Ashley Greene is focused on her acting career, which is high on the list of her priorities.

When Ashley Greene gained worldwide fame, the most famous brands began to offer her to advertise their products. The actress is the face of perfume companies such as DKNY and AVON, in particular, she is promoting the makeup line, Mark Cosmetics.

Therefore, the actress did not even want to think about the marriage for a long time, although her parents, especially the mother, dreamt that they would have grandchildren. The actress has attracted the attention of the press not with a new relationship, but with new hairstyles and haircuts. Ashley has had wavy and curly hair, perfect long hair, blunt bob haircut with volume, classical short straight blunt bob cut, and short feathered hairstyles.

After the release of Twilight, which made the actress a star, fans started talking about Ashley’s love affair with Jackson Rathbone, who portrayed the husband of Greene’s heroine. But these rumors were not confirmed.

The actress has recently had a romantic relationship with colleagues Chace Crawford and Joe Jonas. According to the young woman, it is impossible to build a strong relationship having such a tight working schedule. However, Ashley is not alone. Since 2013, she has dated theater actor Paul Khoury, and soon after the official relationship announcement, their close friends began to talk about a possible engagement.

These rumors were found to have been not far from the truth. In December 2016, the couple announced their engagement. Ashley Greene and Paul Khoury got engaged in a romantic place, near Bridal Veil Falls in New Zealand, where the lovers were resting together. Fans of the actress immediately found out about this happy event, because Ashley shared photos of the ring and the video of the engagement on her official Instagram page. The actress also wrote that it was the most beautiful moment in her life.

Ashley Greene made her first public appearance after engagement in January 2017, when the actress helped to present the People's Choice Awards. Ashley did not hide the engagement details from the journalists. The actress said that the engagement ring on her finger is unique. Paul Khoury chose a diamond and frame, then gave them to the jeweler to create this unique present.

But the main question was the date of her future wedding. The actress disappointed the press, stating that the couple did not plan to celebrate it within the next 12 months. The actress said that she wanted to enjoy the engagement, live a quiet life together with her fiancé, and not rush a wedding. According to Ashley, this pressure will only make the actress’s hair go gray.

Besides, 2017 was very eventful for Ashley Greene. The actress continued to appear in the series Rogue, and also began working on new projects. These are the films Antiquities and Accident Man. However, the crime thriller Accident Man premiered only in February 2018. Moreover, the actress voiced the role of Rachel in the Mexican cartoon Max & Me.