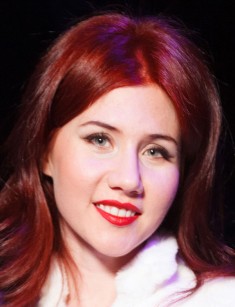 Anna Chapman is the secret of the modern times, the woman veiled with legends in Russia and all over the globe. Anna Chapman’s biography became much spoken about after the major scandal about the failed Russian intelligence covert operation in the USA that resulted in her deportation from America as a spy in 2010.

The mysterious story of the TV personality is closely connected with her career – the documental project “Secrets of the World with Anna Chapman” based on discovering sensational facts about the surrounding world is popular and draws public attention to the TV personality.

Chapman Anna Vasil’yevna, nee Kushchyenko, was born on February 13, 1982, in Volgograd into the family of a diplomat and a math teacher. The would-be TV personality was brought up mainly by her grandmother – the parents Vasily and Irina had to go abroad frequently due to the specifics of the father’s diplomatic career.

The girl’s school years were also full of numerous changes, just like her adult life – to receive education, Anna had to change several schools in her city; she spent her senior year in Moscow. As she finished school, Chapman entered The Peoples' Friendship University of Russia, Faculty of Economics, and finished it in 2003.

As she received her diploma, the young woman moved to Britain – a year ago, she had married the British Alex Chapman. In Britain, she worked by training for 5 years. She revealed the urge for material wealth which made her return to her home country and create several own projects. The seed funding was the money she gained after she sold her personal jewelry.

The real estate search engine founded by Anna turned out to be unprofitable and did not bring the expected results which inspired Chapman to create TIME Venchures that was supposed to look for perspective Russian companies and open their American branches. To develop the project, she moved to the US. According to the American investigation, the project was only the cover activity of the woman – she had been noticed collaborating with the Russian UN members with whom she allegedly exchanged information and ciphered files.

In June 2010, Anna Chapman was the main defendant in the largest spying scandal: as a Russian intelligence agent, she was arrested by FBI agents. She was accused of working on the Russian foreign intelligence agency and, particularly, the attempts to obtain the secret information about the US politics in Iran, American nuclear weapon, and personal data of congressmen and CIA leaders. The foreign press claimed many times that the spy Anna Chapman failed because of Baraсk Obama – she got too close to him.

Anna Chapman was arrested in Manhattan. She and ten more people, among them Vicky Peláez, Donald Heathfield, Michael Zottoli, Mikhail Semenko, and Patricia Mills, were accused of working for foreign intelligence agencies and interacting with Russian agents. However, technically, i.e. according to the American law, Anna is not a spy because she could not reveal the American state secrets.

In July 2010, Russia and the USA agreed to exchange several prisoners accused of treason and spying which gave the opportunity to extradite Anna Chapman and several other persons from the US to the home country. However, Chapman was not planning to stay there for a long time – she was going to come back to Great Britain.

It did not happen – after the spying conviction, she was deprived of the British citizenship. It is known that Anna Chapman’s mission failure was caused by her police report in which she described the attempt to enroll her as a Russian agent.

FBI claims that Chapman was arrested in the course of the successful operation – an American agent was sent to her as a Russian one; he asked Anna to hand over a fake passport to another “colleague” in a particular place where the ambush had been set up. At the end of 2010, it was discovered who turned Chapman over to CIA. The Russian agent Aleksandr Poteyev who had fled to the US disclosed Anna Chapman. In 2011, he was sentenced 25 years in absence in Moscow.

“Secrets of the World with Anna Chapman”

The mysterious woman was the member of the Young Guard of United Russia board where she dealt with the Russian youth patriotic upbringing. In 2011, the former spy became the TV personality and the author of the documentary project “Secrets of the World” on the channel REN-TV.

All episodes of “Secrets of the World” with Anna Chapman are about sensational and mysterious stories that reveal the enigmas of the modern world in which high-ranking bureaucrats are engaged. In this new activity, the legendary Russian spy tells the audience the truth about elements people use in their daily routine.

The documentary movie “Secrets of the World” with Anna Chapman is notable for the millions of viewers who wait for new episodes of the program. More than 120 episodes have been released, and the TV personality takes part in dangerous experiments and mystic stories exposure.

Apart from the project “Secrets of the World,” Anna Chapman works as the chief editor of “Venture Business News” and writes the book about innovations. Along with her journalistic activities, she was the member of the board of directors in “Fondservisbank” that specialized in the aerospace realm. In summer 2015, the bank went through the restructuring, and all presidential advisors including Chapman had to cease to collaborate with the Federal Security Service.

Just like her biography, Anna Chapman’s personal life is full of secrets and riddles. In 2002, she married the son of a British businessman Alex Chapman. According to the media, the marriage was fictitious and organized to receive the British citizenship. In 2006, the couple divorced with no reasons explained.

Nowadays, Anna Chapman is looking for a partner; she would be pleased if it were the disgraced former CIA employee Edward Snowden who hid in Russia from the American intelligence. She proposed the “fighter for ideals” on her Twitter, and Snowden replied he was ready to marry Chapman despite everything.

In 2015, the media provided information that Anna Chapman gave birth to a son. The legendary agent tried to conceal her pregnancy as long as possible but later admitted on her social network page that she had become a mother and thanked her fans for congratulations. 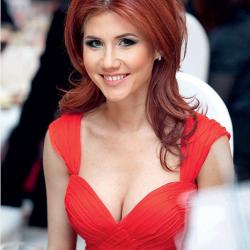