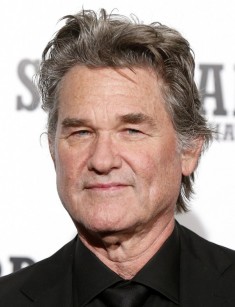 Kurt Vogel Russell is an American actor who has gained popularity leading roles in movies Overboard, Big Trouble in Little China, Tango & Cash and Stargate. For the drama Silkwood, the actor was nominated for the Golden Globe movie awards.

The future actor was born on the 17th of March, 1951 in Springfield which is situated in the State of Massachusetts. His father Bing Russell was a quite popular TV actor who was playing in many American series. His mother Louise Julia Crone is a former dancer. Kurt has a younger sister Jill. Her son Matt Franco is a baseball player, who was popular in the past.

Kurt Russell graduated from Thousand Oaks High School, comprehensive school but the boy wasn't very serious towards the studies. At the age of eleven, he began the professional acting career. Due to Bing Russell, the boy signed the contract with Walt Disney Pictures and took part in many TV movies released on the company’s channel. By the way, nobody knows why the last words which the legendary animator Disney wrote before the death were "Kurt Russell."

The first movie on the big screen for the 12-year-old Kurt Russell was a screen version of the Broadway musical - It Happened at the World's Fair. The glorified Elvis Presley performed in the central part of this movie. Kurt received an episodic role in which the boy beats Elvis’s character on the leg for 25 cents as he needs a reason to go to the hospital where works the nurse whom he is interested in. This small role which seemed minor turned out to be significant for Russell. In his future career the actor has played the character of Presley twice: in the biographic drama, Elvis released in 1979 and the crime drama 3000 Miles to Graceland. Though, in the last movie, Kurt's personage Michael Zane dresses up as the king of rock'n'roll. Moreover, Russell voiced-over the actor who played the role of Elvis Presley in the tragicomedy, Forrest Gump.

The actor had gained great fame in 1981 when the fantastic action movie Escape from New York came out on the screen. It was shot in the cyberpunk style. Russell performed the role of the veteran of war and dangerous offender Snake Plissken. This character sets off for the prison on the island to release the president who is kept in hostages. The movie has earned a huge box office. It was at once planned to shoot the sequel to the film. But the shootings of the second part have been delayed for fifteen years. The sequel under the title Escape from L.A. was released only in 1996. In the major role, this picture came out due to the persistence of Kurt Russell who joined the processing of initially unsuccessful script.

Another fantastic movie featuring the actor also had an interesting destiny. The apocalyptic horror movie The Thing was released in 1982 and was rather unsuccessful in the hire and hardly paid back the spent sum of money. But when this picture was reissued on the videotapes in the late eighties there began the real boom. At present The Thing enters 100 Best Horror Movies of the 20th century.

Kurt Russell continued the series of his fantastic roles with the science-fiction fighter Stargate. In this movie, the actor embodied the character of Col. Jonathan "Jack" O'Neil who leads the intelligence-gathering team through the Stargate. This picture has become the one in the history of cinematography which had an official personal page on the web. On this website, the scriptwriter Dean Devlin published the photos and trailers of the movie and began the founder of today's web standards.

In 1997 there was released the thriller Breakdown with the participation of Russell in which the actor’s character had to fight against the gang of the intruders.

In 1998 the Hollywood actor enriched his filmography with the role of the fantastic fighter Soldiers in which Russell performed the leading part of the sergeant Todd, the soldier of the future. After the defeat in the combat, the soldier was sent to the planet designated for the garbage dump. The movie hasn’t met the expectations of its producers and wasn’t profitable in the hire. This failure hasn't affected the actor’s creative career. Three years later there came out the melodrama Vanilla Sky with the participation of Kurt Russell and Tom Cruise in the leading role. Moreover, he took part in the fighter Dark Blue.

Many spectators associate Kurt Russell with his roles in the fighters and fantastic blockbusters. However, the actor also acted in the comedy movies and melodramas. In the film Silkwood where he worked together with the Hollywood stars Meryl Streep and Cher, the actor embodied the image of the courageous, ambitious but sincere character. And in the movie Overboard directed by Harry Marshall not only represented the role of Dean Proffitt who is in love but also he presented his role in the sparkling comedy style. The star of the American cinematography Goldie Hawn became the actor’s partner on the movie set.

The fans of the actor have noticed the similarity of Kurt Russell to the actor Patrick Swayze, the major actor in the movie Ghost. The actor’s admirers in Russia publish on the web the photos in which one can see how similar are the Hollywood actor and the Russian writer and cinematographer Vasily Shukshin.

During the shootings of the movie Elvis, Kurt Russell got acquainted with the actress Season Hubley. They got married, and in 1980 their son Boston was born. But this marriage wasn’t long-lasting. In a short time, Kurt and Season started to live apart and officially divorced in 1983. However, the actor’s private life has settled again.

During the divorce proceedings, on the movie set of the romantic comedy Swing Shift, Kurt Russell again met the actress Goldie Hawn with whom he had acquainted at the age of sixteen. They had relations for some time and then began living in a civil marriage. In 1986 Goldie gave birth to their son Wyatt. Also in their family, they brought up Kate and Oliver Hudson, Goldie Hawn's children from her first marriage. Her children perceive Russell as their father.

The celebrities have their own house in Palm Desert in California and also a small ranch situated close to Aspen in Colorado. Since 2003 Russell and his wife have settled in the Canadian town of Vancouver. At present Kurt Russell and Goldie Hawn are regarded as the most united Hollywood couple. Their love story lasts for 34 years already. But the spouses haven’t held the official wedding yet.

Russell has a professional license of the private pilot, and he is an honorary member of a board of the Civilian Humanitarian Aviation Organization Wings of Hope.

In the late 60-s– the beginning of the 70-s Kurt Russell was trying his hand in the baseball. The young man was playing on the second base in The Los Angeles Angels baseball club based in Anaheim. This baseball club took part in one of the lower divisions of the Northwest League. Later he was a member of El Paso Sun Kings. Moreover, he was a member of The Portland Mavericks club which was owned by his father. But in 1973 the actor got a severe injury of the shoulder which prevented Russell from continuing his sports career, and the young man returned to cinematography.

In 2016 Kurt Russell together with Mark Wahlberg, John Malkovich, Gina Rodriguez and the daughter Kate Hudson took part in the movie catastrophe Deepwater Horizon directed by Peter Berg. The thriller narrated the accident on the oil platform. The actor received the role of Jimmy Harrell, the oil worker who has demonstrated the courage in the rescue of his colleagues.

At the beginning of 2017, there was released the 8th part of the franchise The Fate of the Furious in which Kurt Russell appeared in the role of the agent of secret government service - Mr. Nobody. The picture with Vin Diesel and wrestler Scala in the main characters have brought to its creators $1,2 billion.

In the spring of 2017, there was held the world premiere of the fantastic fighter Guardians of the Galaxy Vol. 2 directed by James Gunn on the base of Marvel comics. Russell performed the role of the character Ego, the father of the leading character Peter Quill (Chris Pratt). In May the actor and his wife Goldie Hawn got their stars on the Walk of Fame of Hollywood. The actor's friends and children attended this solemn ceremony. At present, the actor works on the new project, the thriller Reaper directed by John Amiel. 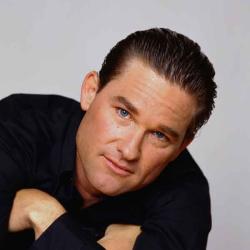