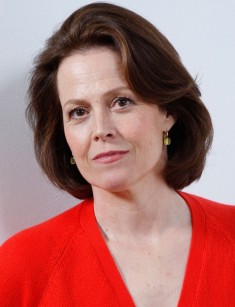 Sigourney Weaver is an American actress, the star of the movie Alien and following parts of that movie universe.

Her character Ellen Ripley got famous all over the world, launched the fashion for new, strong female characters in action movies and blockbusters, and brought the actress the tremendous popularity. In honor of the character, scientists named a crater on Charon, the natural satellite of Pluto. Movie critics believe that Ripley continues to be the most famous role of the actress.

Nevertheless, Sigourney Weaver continues to work on many movies. Millions of viewers watch the projects with the actress. The woman is just as attractive as she used to be at the beginning of her career; she has some special, fantastic magnetism.

Weaver won the Golden Globe and BAFTA Awards; she has been nominated for the Academy Award three times.

Susan Alexandra Weaver was born on October 8, 1949, in New York. The future actress spent her childhood in the fashionable district, Manhattan, and grew up in a wealthy family. The mother was a British actress; the father was the head of the large TV company NBC.

Sigourney was brought up by nannies and governesses. The child liked to crack jokes and invented interesting pranks. She loved to personify other people: her acting talent manifested itself that way.

Following the mother’s decision, Sigourney Weaver went to a private school in New York. The girl’s height was her major problem: she was the tallest student in her class, and her peers often laughed at her. At the same time, the young woman was slim: her height was 180 cm., and her weight was 66 kg. To avoid offensive remarks, Sigourney started laughing at herself; soon, the whole school adored her.

Because the parents had to move frequently, Sigourney changed several schools: she used to study at a prestigious school in San Francisco and later a private school in Connecticut. As a result, the girl took fancy in traveling.

After graduation, Sigourney Weaver traveled across the East Coast, Israel, and lived in France, Spain, and Holland for some time. At that time, she realized she wanted to devote her life to art.

Sigourney came back to the United States and studied English literature at Stanford University and drama at Yale. As a student, she received many offers from reputable directors.

In 1977, Sigourney Weaver began her career in the movie Annie Hall by Woody Allen. However, only the 1979 movie Alien brought her popularity. Later, three other parts of the iconic movie came out. In 1987, Weaver won the Saturn Award for the role of Ellen Ripley and was nominated for the Academy Award.

In the famous movie Ghostbusters, the actress left the image of a strong woman and personified a lady in trouble. In her character Dana Barrett’s house, mystical things happen.

The woman became one of the most talented and popular Hollywood actresses in the 1990s. She continued to work hard and also tried herself as a producer.

In the 2000s, Sigourney Weaver played several strong roles in dramas and comedies and proved her talent got stronger and revealed new dimensions. The movies Heartbreakers, Infamous, and Avatar are the most outstanding works of that period.

In the thriller Copycat, the actress’s image was peculiar: the scientist who created serial killers’ psychological profiles. After a maniac attacked her, Weaver’s character did not go out of her apartment. Gradually, she grew agoraphobic. Sigourney expressed the woman’s character brilliantly. Perhaps, it was her own phobia that helped her: the actress was afraid of elevators and escalators.

In 2013, Sigourney Weaver took the role of the United States Secretary of State Elaine Barrish in the series Political Animals. The project brought the third Emmy nomination and the seventh Golden Globe nomination.

Overall, the actress has had more than 50 roles. For her contribution to cinematography, Sigourney Weaver received a personal star at the Hollywood Walk of Fame.

In1967, Sigourney met a local reporter Aaron Latham. Soon, they got engaged, yet the relationship lasted for several months only.

The actress could not get pregnant for a while. In 1990, when the daughter Charlotte was born, the woman was 41 years old. Fortunately, everything worked out well. Today, Sigourney Weaver is proud of being married to the reliable and caring person who loves his family.

In 2016, Sigourney had a voice role in the full-length animated movie Finding Dory created by the studio Pixar. In September of the same year, she starred in the action movie The Assignment and played the mentally ill surgeon Rachel Jane who revenged her brother’s murderer and got a new body for the killer.

In 2016, Weaver participated in the remake Ghostbusters where women took the lead parts. The actress got the role of Rebecca Gorin, Holtzmann’s mentor. However, critics believed it was a cameo appearance and a reference to the original project.

In the movie A Monster Calls, the actress played the main character’s grandmother. As Connor faces the adult life, his mother turns out to be ill. The boy has to take care of himself independently and move to his cold-hearted grandmother. His life is full of daily routine chores and classmates’ mockery; the monster appearing from a yew tree tells the boy stories and becomes his personal safe space.

Patrick Ness created the scenario based on his own novel under the same title. The movie was premiered on September 10, 2016, at the Toronto International Film Festival. In October, it appeared in Spanish movie theaters.

In 2017, Sigourney Weaver participated in a fantastic short movie Rakka about people fighting against reptilian conquerors.

On August 18, 2017, the actress appeared in the Netflix series The Defenders as the antagonist figure, Alexandra, who was a powerful crime boss in New York. The series was a crossover and included the popular Marvel characters, such as Daredevil, Jessica Jones, Luke Cage, and Iron Fist. Netflix had released the solo series about these characters earlier; in The Defenders, the superheroes combined their effort to struggle against criminality.

In 2018, Sigourney Weaver comes back to the role of Dr. Grace Augustine, the head of the experimental program, in the fantastic movie Avatar 2. In the following parts, Avatar 3 and Avatar 4, she will continue to work on the same role; the movies are expected in 2021 and 2024. Besides, the actress will appear in Alien 5, but the date of the premiere is still unknown. 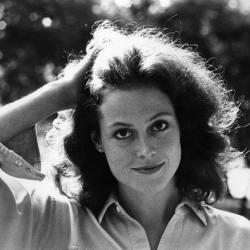