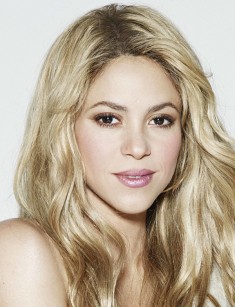 Shakira is the famous Colombian singer; she is probably the most successful Latino-American singer of the present days.

Shakira Isabel Mebarak Ripoll was born on February 2, 1977, in the Colombian town Barranquilla, into the family of William Mebarak Chadid and Nidia Ripoll Torrado. There were eight children in the family from Chadid’s previous marriage. The future star’s father was a rich man; he owned a jewelry store and wrote prose as a hobby.

When the girl was small, she learned the alphabet and could read and write. At the age of four, she began to write poetry; by seven, she had her own typewriter.

When Shakira took an interest in belly dancing, the parents took the girl to a dancing school. People expected the girl to become a writer, artist, and dancer, but she eventually became a singer and, above all, an outstanding philanthropist.

In 1990, the young singer met the theater journalist Monica Ariza at the local talent show. Monica was interested in Shakira’s career development; thanks to her connections, the would-be star signed the contract with the Colombian branch of Sony Music.

On June 24, 1991, Shakira had her first album “Magia” released. The album consisted of nine songs created by the young woman herself and famous Colombian composers. “Magia” was not commercially successful, neither was the second album; however, they made young Shakira famous in her country.

In 1994, the young woman graduated from school and tried herself as a movie actress in the melodramatic series “El Oasis.” For the leading part of Luisa Maria, the Colombian magazine “TV GUIA” called Shakira “Miss TBK” and organized her first great photo session.

In 1995, Shakira recorded the song “Dónde Estás Corazón” for “Nuestro Rock.” The song immediately became the hit in Latin America. In 1996, the first official studio album “Pies Descalzos” came out. The album’s budget was $100 thousand, and the costs were paid off quickly. The album became platinum in Brazil, Argentina, Colombia, Chile, Ecuador, Peru, and Venezuela.

Shakira became famous all over the world when she was very young. Musical critics positively reviewed the Colombian singer’s debuting project. In 1997, the album received two Billboard Latin Music Awards and was nominated for Lo Nuestro Award.

In 1997, when the singer arrived in her native town, it turned out her baggage including new songs had been stolen. Shakira had to start working on them again from scratch. She marked this incident in the title of the album: “Dónde Están los Ladrones?” means “Where are the thieves?”

In that year, the singer’s personal problems took the second place while charity work became the most significant activity. Shakira had seen the orphans living in the town park when she was a kid and promised herself she would help them. The singer kept her promise: in 1997, she established the fund “Pies Descalzos Foundation.” The organization founded five schools in Columbia where children are taught and fed.

In September 1998, the singer released her second official album whose songs topped local charts. Although the lyrics were in Spanish, the songs became extremely popular in the USA.

To strengthen her international positions, Shakira decided to create the next album in English. For two years, she worked on the new project. On August 27, 2001, the single “Whenever, Wherever” was presented and conquered people’s hearts immediately.

In November 2001, the first album in English “Laundry Service” came out. It was enormously popular in many countries, although some critics accused the singer of having lost the charm of her Spanish songs.

In 2003, the singer got engaged in a new charity project: she became a UNICEF Goodwill Ambassador. The woman took part in the campaign against AIDS/HIV in Spain, visited Bangladesh after the cyclone Sidr, and met students in Jerusalem

In 2005, Shakira released the album “Fijación Oral, Vol. 1” in Spanish; more than four million copies were sold worldwide. The singer received more than 15 awards for this work. The single “Hips Don’t Lie” was tremendously successful: it was the bestselling single in the last decade. There were 12 songs in the album.

In 2007, Shakira worked in a duo with another globally famous artist Beyoncé. The song “Beautiful Lie” was included in Beyoncé’s exclusive album “B’Day” and got the Grammy Award for the best pop performance. In Billboard Hot 100, the song broke the record: it flew from the 94th position to the third place which made it the most dramatic rise in the entire history of the chart.

In 2007, under the name “Isabel Mebarak,” Shakira entered the University of California, Los Angeles.

In 2009, the woman presented her new single “She Wolf” which became popular among listeners. However, the synth-pop album “She Wolf” with 12 songs could not surpass the success of the previous works.

In 2010, Shakira recorded the song “Waka Waka (This Time for Africa)” in honor of the FIFA World Cup in South Africa. The soccer hymn was popular and placed in the 20s of the world’s charts. After this single, the seventh album “Sale el Sol” came out; its main song “Loca” topped music charts again.

Besides, in 2010, Shakira’s contribution to charity was marked with the UN International Labour Organization medal and the MTV Free Your Mind Award. In 2011, the singer joined the White House Initiative on Educational Excellence for Hispanics.

It took thee long years to record the tenth album. Due to the singer’s private life events and other projects, she was moving the release date forward. On January 13, 2014, the first song of the album “Can’t Remember to Forget You” performed with Rihanna came out. Listeners and critics welcomed the duo’s work, and the song took top positions in music charts. In March, the singer’s tenth album “Shakira” was presented.

In 2016, Shakira sang in Spanish again: together with the young Colombian singer Maluma, she recorded the song “Chantaje.”

The singer also made her English-speaking fans happy: in that year, she joined the voicing team of the cartoon “Zootopia.” Shakira voiced the pop star Gazelle and performed the song “Try Everything” which became the primary soundtrack of the cartoon. This project received many Annie Awards and was nominated for the Academy Award.

Shakira continues her music career. On her social network pages, the singer posted the photo on against the board with several cities including Kiev. Thus, fans believed Shakira was going to take part in Eurovision-2017 in that city and continue her tour supporting the new album.

In 2000, Shakira started dating the lawyer Antonio de la Rúa. The couple visited various events together, and Antonio helped his partner in all her activities. The young people did not marry officially, but the singer emphasized she viewed Antonio as her husband: they just needed no documents to consider their relationship serious.

After 11 years of being together, Shakira confirmed she and Antonio split up on good terms in summer 2010. Although the woman insisted they had no grudge against each other, de la Rúa sued the singer and demanded $100 million as the compensation for his work on developing Shakira’s career. The California Court rejected the lawyer’s claim and underlined that such cases should be reviewed in Colombia.

In 2010, when the music video for the song “Waka Waka” (This Time for Africa) was being made, Shakira met her present-day boyfriend, the soccer player Gerard Piqué. In a year, to silence all rumors and speculations pertaining to her personal life, the singer posted the picture of Gerard and herself on her Twitter and Facebook accounts.

The couple moved to Barcelona. In 2013, the first child Milan Piqué Mebarak was born. In January 2015, the second son Sasha was born. 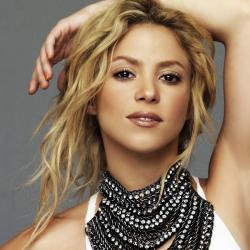