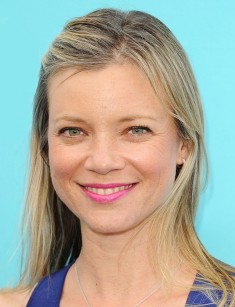 American actress and model Amy Lysle Smart became famous in Hollywood in 2000, after the release of the comedy Road Trip. Amy succeeded as a professional actress on the Hollywood hills in 2004 when the thriller The Butterfly Effect with Ashton Kutcher and Smart in the leading roles was released.

For 17 years, the actress has starred in 50 projects, but fans consider the black comedy Crank to be the most striking film. Amy Lysle played Eve, the girlfriend of the main character.

The future Hollywood actress was born in the spring of 1976 in the Californian town of Topanga. Amy's mother, Judy Smart, was connected with fine art. The woman worked in the J. Paul Getty Museum, which is the largest art museum in California and on the west coast. The father, John Smart, was a salesman. He knew little about the world of cinema and theater.

The young blond, beautiful girl made her catwalk debut at the age of 13. The model visited the world fashion capitals - Paris and Rome, went to the fashion shows in Mexico and Tahiti. From an early age, slim and flexible Amy Smart studied ballet. She attended the courses for ten years.

Her friend, an actress and a model, Vanessa Shaw, influenced Amy’s career choice. Thanks to Vanessa, Amy began attending a theatre group at the age of 16, improving her acting skills.

Amy Smart’s acting career started in 1996 with a bit part in the series Seduced by Madness: The Diane Borchardt Story. The same year she played a minor role in the film A&P. The plot is based on the story by John Updike.

1997 was lavish with significant roles. The beginning actress got the role of Pilot Cadet Lumbreiser in the fantastic action film Starship Troopers of Paul Verhoeven, who is known for the movie Basic Instinct and RoboCop. The same year, Smart got a bit part in the drama The Last Time I Committed Suicide.

The films Circles, Starstruck and Brookfield, did not bring much success in the late 1990s, but Brian Robbins' comedy Varsity Blues (1999) made Amy Smart recognizable. Amy together with James Van Der Beek, Jon Voight, Paul Walker, and Scott Caan starred in the leading roles. She played a quarterback’s girlfriend. The audience liked the sports melodrama, and it won many awards.

The new century brought Amy Smart bright roles in the popular mini-series The '70s and Jerry Zucker's adventure comedy Rat Race. The film is a brilliant project with the participation of the British comedian, Rowan Atkinson (the famous Mr. Bean), and the Hollywood star, Whoopi Goldberg.

In 2002, the Californian actress starred in the second road film. It was Bob Gale’s sparkling comedy Interstate 60. In the metaphysical comedy, Gale had a star cast including actors Gary Oldman, James Marsden and Christopher Lloyd. Amy Smart appeared in the image of a girl, Lynn Linden, who spent the night with James Marsden’s hero at the "Fork in the Road" motel.

The actress achieved real fame in 2004 after the premiere of the thriller The Butterfly Effect, where she appeared in the leading role together with Ashton Kutcher. The script is based on the idea of the butterfly effect in chaos theory. The sci-fi drama was nominated for a Saturn Award, audience and critics began talking about the cast.

The actress managed to achieve a Hollywood stardom in 2004 after the release of Todd Phillips’s action comedy Starsky & Hutch, where Amy Smart starred together with Ben Stiller, Owen Wilson, Snoop Dogg, and Vince Vaughn.

In 2009, there was the sequel to the thriller Crank: High Voltage, where the "sweet couple" of Statham and Smart appeared again. Amy delighted the audience with a charming smile and pole dancing.

The actress was on the world’s 100 sexiest women list in 2002. After shooting in the sequel, she ranked 31st on the 2002 Maxim Hot 100 list. It is no wonder because Amy had several nude scenes in the sequel and she did not hesitate to play naked.

In 2011, fans saw Amy Smart in the series Shameless. It is the comedy-drama directed by Paul Abbott and is a remake of the British series of the same name.

The sexy actress, who was included on the lists of men's magazines, dated her colleague Branden Williams for 15 years. But the romantic feelings faded, and the couple did not marry.

In November 2010, the star met model and TV host Carter Oosterhouse, and in September 2011 they married. Their love affair lasted for a year.

The actress underwent many years of fertility treatment, but everything was in vain. The problem has saddened the life of the couple.

Hollywood actress is left-handed and vegetarian.

In December 2016, the producers renewed the series Shameless for the 8th season. The season premiered in early November 2017. Amy has played Jasmine Hollander in all seasons.

In December 2016, the family of Amy Smart and Carter Oosterhouse became happy. The 40-year-old star of The Butterfly Effect and Crank became a mother. In January 2017, the actress announced the birth of her daughter, Flora, via a surrogate. 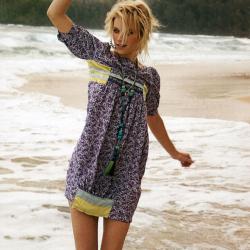