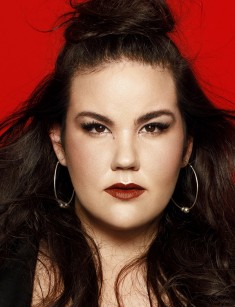 "The new secret weapon of Israel" – that’s how the admirers called as a joke the vocalist Netta Barzilai - the participant of the Eurovision Song Contest 2018 from Israel.

A bright girl with non-standard appearance, a talented young woman with great sense of humor – this is all about Netta and she owns all the qualities that the audience likes. Her performance is an expressive and spectacular show which cheers you up and you feel like being forced to dance and to smile at the same time. Isn’t it the key to success for the participant of the most popular international contest?

The future participant of Eurovision Song Contest was born in January 1993 in the heart of Israel, in the Central federal district in the town Hod HaSharon. This settlement got the status of the city 3 years prior to Netta's birth. The distance between Hod HaSharon and Tel Aviv is 18 km.

Netta Barzilai began to sing as soon as she could talk properly. When it was time to decide on the first educational institution, her parents had taken their gifted daughter to the school with a musical specialization and they had made the right choice.

The teachers had noted musical abilities of the girl from the first months of her studies. Netta pleased her family with her high grades, which she received at the school and the young vocalist herself was inspired by this: the girl was dreaming about the career of the singer.

Netta Barzilai graduated from school with honors and from her first attempt, she entered the prestigious Rimon Music School where she continued to improve her vocal skills at the Faculty of Electronic Music.

In 2012 19-year-old Barzilai got a job as the instructor in the professional camp for beginning musicians. Soon the girl headed the council of the camp and she joined the Israel Defense Forces’ Ensemble. In the army Netta started a new page in her creative biography: Barzilai became the soloist of the music band. After the demobilization, Netta Barzilai left neither music nor her dream to step on the stage.

During three years Netta Barzilai was working as a resident of "Bar Giora" music club and was arranging the weekly blues’ evenings.

In 2016 the singer began her own career and organized her music band: the ensemble was called "Experiment". Netta Barzilai's band went on tour to the cities of Israel and cooperated with the famous band "Bat Sheva". The bright and expressive vocalist was noticed and she was suggested to take part in musical performances.

In "Run at the Sea" theater Barzilai performed the leading parts. In 2017 the vocalist was entrusted with the acapella part in the musical directed by Noam Inbar "The book of difficulties". At the same time, Netta was a vocalist of the popular musical group "Gabber-band" with which she went on tour across Israel and European countries.

The singer claims that if she hadn't chosen music, then she would have devoted her life to working in the kindergarten and to psychology studies. In her childhood and early youth Netta Barzilai, who was a girl with non-standard appearance, suffered from caustic jokes of her schoolmates. Already then she understood that she differed from her age-mates.

As she got older, Netta at last accepted herself for who she is, and she began to love herself. The actress had turned her eccentricity into her strong point and won. In her plans for the nearest future, the singer thinks about creating her own compositions and shooting music videos.

It’s impossible to find any information about the personal life of Netta Barzilai. The participant of Eurovision Song Contest isn't married. It’s not mentioned whether the singer has a soulmate. Netta doesn't give any comments on this subject, and there are no photos on pages of the girl in social networks that could give a hint or open up this secret.

Netta Barzilai has been watching the international TV show since childhood, but she has found the courage to undergo the competitive selection only in September of 2017. The vocalist auditioned for the 5th season of "The Next Star" for Eurovision and she won in this show having covered Rihanna's hit. The joy of the victory was replaced by the fear – the girl realized that she had won only in the stage.

The fear was in vain: Netta Barzilai had easily reached the final with the author’s interpretation of world hits, having been ahead of hundreds of competitors. So, she was entrusted to present Israel at the contest.

The song under the title of "Toy" was chosen for Barzilai. This song will be performed in the first semi-final of Eurovision Song Contest in May. Two months prior to the competition the music video with Netta’s song got on YouTube and in 3 days it gained 2 million viewings. For a few days, the composition got at the top lines of iTunes charts.

The phenomenon of the popularity of Netta’s hit has a number of components. In this expressive composition written by Doron Medalie and Stav Beger, there was a space for the subject of tolerance which is so actual nowadays.

The refrain of "I'm not your toy, you stupid boy" has something in common with a campaign against harassments which started after the scandal with Harvey Weinstein. The flashmob #MeToo was supported by the feminists, so promotion of this category of the society is provided to the Israeli singer.

The composer and the production director Doron Medalie, as well as Netta Barzilai, since his childhood, has been fond of "Eurovision". "Toy" – is the third and most vivid composition written by Medalie for the contest to the vocalists who are his compatriots. The composer writes songs for foreigners too. Earlier he composed two hits for the Greek pop-star Eleni Foureira who would present Cyprus at the Eurovision Song Contest 2018.

Stav Beger is the most famous hit-maker of the country, he is as old as Netta Barzilai. In 2017 he composed 2 hits which got to the top lines of charts of the Israeli radio shows. The song "Toy" is written in the Middle Eastern Pop Hit style which unites pop-music and hip-hop. The video was shot by the famous Israeli music video director Keren Hochma.

Hundreds of users of social networks wrote enthusiastic feedbacks under the music video of Israeli hit. In one of the responses, someone assumed that the child of Lady Gaga and Adele would look like Netta Barzilai.

The attentive spectators could notice the electronic musical instrument in the music video – it was a looper. This instrument adds to Netta's singing sound and voice effects. Barzilai learned about the existence of this musical instrument when she was 18 years old, during her service in Israel Defense Forces. The girl saw the music video of the New Zealand singer Kimbra – a master of the looper and since then she had been dreaming to get it. Netta admitted that she worked partly as a waitress to buy this expensive instrument.

Now Barzilai owns 2 loopers and a harmonizer which help her "to multiply" and harmonize the composition she performs and add some bright notes to her singing. The bookies have agreed in opinion that Netta Barzilai is the probable favorite of the show though they first bet on the victory of the Estonian singer Elina Nechayeva. The Israeli singer Netta Barzilai appeared on the official channel of "Eurovision" with her song "Toy" on the 11th of March of 2018 and outperformed Nechayeva. 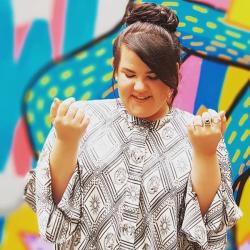