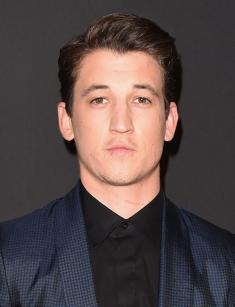 Miles Teller is an American actor and musician who got public recognition thanks to the movies Divergent, Whiplash, That Awkward Moment, and Fantastic Four.

Miles was born in Downingtown, Pennsylvania, into the family of a nuclear power plant engineer Michael and Merry Flowers, the real estate agent. The boy was the youngest among three children: he had two elder sisters, Dana and Erin. The actor’s ancestors lived in Russia: the grandfather from the parental line moved to the United States through a Jewish emigration program when he was little.

Miles did not spend much time in Downingtown. Because of the father’s job, the family had to move frequently; the Tellers used to reside in New Jersey, Pennsylvania, Delaware, and Florida.

The future actor lived in the southern part of the country the longest: he attended a high school there and took an interest in music. The young man learned how to play saxophone, piano, and drums and founded a rock group The Mutes with his friends. Besides, the teenager was good at baseball; he considered a sports career. One day, he changed his mind because of a drama club. Teller spent so much time in the school theater studio that its members unanimously chose him as a president. Simultaneously, the young man worked part-time as a waiter in a local restaurant.

Teller received higher education in the prestigious New York University: as expected, he preferred acting and got a Bachelor’s degree.

Miles started his career with short movies. Soon, the series The Unusuals and the drama Rabbit Hole followed; the latter project brought the first recognition and the chance to collaborate with Nicole Kidman and Aaron Eckhart. Teller was called the most promising star at Savannah Film Festival.

The youth comedies The Spectacular Now and 21 & Over made Teller popular. However, the actor himself marked the music psychological drama Whiplash among other projects. The artist personified a drummer Andrew who dreamed of becoming a great musician. To look natural, Miles practiced playing the drums for many hours and worked his fingers bloody.

The fantastic anti-utopia Divergent is also worth mentioning; its success brought new movies, Insurgent and Allegiant. Later, the actor participated in the final part of this movie series, Ascendant.

From that moment, the actor tried to select diverse genres. After the fantastic movies, he switched to the comedy role in the movie That Awkward Moment starring Zac Efron and Michael B. Jordan.

In 2015, the comedy Get a Job was released. The next year, the comedy War Dogs based on a true story came out. It is a story about two careless friends who sign an arms supply contract with the Pentagon. Miles Teller and Jonah Hill played the main characters.

The actor has had some failures in his career. The 2015 superhero action Fantastic Four brought the role of a genius high-school student Reed Richards who invents a teleporter. The production was accompanied by nervousness and frequent conflicts between the director Josh Trank and lead actors; moreover, the expectations related to earnings were not met as well. The movie was nominated for Golden Raspberry in five categories and won in three of them.

The 2016 sports drama Bleed for This produced by Martin Scorsese proved to be a great hit. Miles’s character, the boxer Vinny Pazienza, gets an injury at the peak of his career which leaves him no chance to be engaged in boxing. However, the champion’s will brings him back: he fights in the ring. Aaron Eckhart played the boxer’s coach.

Similar to many other actors, Miles Teller is often said to date his movie colleagues. Fans project movie relationships to real life: they want to see their favorites together. There were many speculations about Miles’s romance with Shailene Woodley, but there was no evidence.

The relationship with the photo model Keleigh Sperry is the only one that Teller confirmed. The couple started seeing each other in 2013; in August 2017, the young people got engaged. Miles proposed to Keleigh when they were traveling across Africa and gave her a ring with a diamond. Sperry’s sister, Christie, posted the photo of the happy couple on Instagram.

Many movie lovers wonder how the actor got scars on his face. In 2007, the young man was coming back home to Florida from a music festival. He had a terrible car accident. A driver lost control of the car because of the high speed. The vehicle rolled over seven times. Miles was thrown out of his car ten meters away; he had his wrist and shoulder broken. Because of the head traumas, the artist got two plates in his head. As a result, the man had scars on his face and neck; some of them are still visible.

In Joseph Kosinski’s drama Only the Brave, the actor played the lead role. It is the story about a fire brigade that prevents a massive fire in Arizona. The cast was impressive: Josh Brolin, Taylor Kitsch, Jennifer Connelly, and Jeff Bridges.

Another project, the biographical drama Thank You for Your Service, brought Teller the role of a soldier who came back home after the war in Iraq and had the PTSD syndrome. The movie also starred Haley Bennett and the comedy actress Amy Schumer who tried herself in a drama project.

The crime series Too Old to Die Young by Nicolas Winding Refn is coming soon. As the story runs, the reality of the criminal world in Los Angeles is intertwined with the main characters’ existential experience. Miles Teller, Jena Malone, and William Baldwin got the lead roles. The premiere will take place in 2019. 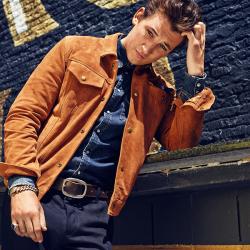