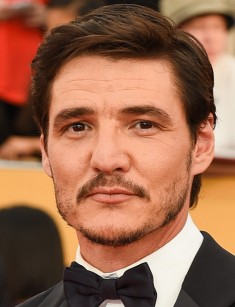 Pedro Pascal is one of those actors who has become popular and recognized already in mature age. However his patience and talent have given its results: at present Pascal is a very well-known and demanded actor, so we can tell with confidence that the actor will have many bright, expressive roles in his filmography.

The actor's full name is José Pedro Balmaceda Pascal. The future actor was born on the 2nd of April, 1975 in the capital of Chile. In a short time, the boy's family moved to Denmark, where they requested political refugee. The matter was that during those years there was the regime of the military dictatorship of Augusto Pinochet in Chile.

After a while, Pedro with family again moved to another country. That time his family relocated to the United States where it they stayed forever. In childhood, Pedro was interested in the sport and even took part in the swimming competitions in which he represented the State of Texas. However, when he was a teenager, Pascal became fond of the theater.

Pedro was studying the dramatic arts at Orange County School of the Arts. Then, when the young man hardly turned eighteen years old, he moved to New York where he entered New York University's Tisch School of the Arts. It's noteworthy that Pedro's younger brother, Lucas Balmaceda has also chosen the destiny of the actor.

As it often happens, Pedro Pascal began his creative career with the appearance on the theatrical stage. The first plays with the participation of the actor were successful. Pedro received his first awards in the field of theatrical art for the play under the title Orphans.

At the end of 2000-s Pedro Pascal, at last, received more interesting offers of the roles: the actor received remarkable roles in the series The Good Wife and Homeland. Moreover, the actor took part in the American interpretation of the series Nikita featuring Maggie Q.

In the 2011 Pedro Pascal enriched his filmography with the role in the thriller The Adjustment Bureau featuring Matt Damon and Emily Blunt. Unfortunately, Pascal's role wasn't significant, and the movie turned out to be a failure in the hire and didn't gain the spectators' interest.

Pedro Pascal had his triumph in 2013. The actor got to the audition of the popular saga Game of Thrones. And though the actor's personage called Oberyn Martell appears only in seven episodes of the fourth season of the series, the actor's expressive and sincere acting enchanted the audience from the first shots.

For the first time, the fans of the saga saw Oberyn Martell in the episode about the wedding of Joffrey Baratheon (performed by the actor Jack Gleeson). Courageous and charismatic (Pedro Pascal is 180 cm tall), the character appears before the audience in the brothel he settled with his lover Ellaria Sand (played by the actress Indira Varma). Oberyn is obsessed with the plans to revenge Lannisters for the massacre of his sister.

Though his intentions weren't destined to happen. Pedro Pascal's character was soon killed in personal combat. But for the actor, everything was just beginning: after the release of the fourth season of the series Pedro Pascal really became famous overnight.

After a while, in 2015, Pedro Pascal received the desired leading role. It was a role in the horror movie under the title Bloodsucking Bastards. Joel Murray and Joey Kern became Pascal's partners on the movie set. The film appeared to be very stylish: the spectators appreciated the reasonable dose of black humor and delicate mocking of "vampire" theme. Therefore the film became high-rated.

After this, the actor's fans saw the movies under the titles Exposed and Sweets. Moreover, Pedro Pascal received the major role in the series Narcos which tells about the everyday life of anti-drug police officers. The events of the series are based on the real story of the drug baron called Pablo Escobar. The personage of Pedro Pascal, the police officer Javier Peña, delighted the audience during all three seasons of the project.

In 2016 Pedro Pascal was invited to take part in the movie under the title The Great Wall directed by Chinese director Zhang Yimou. The movie begins as a classic detective story: the company of adventurers sets for the Middle Kingdom to steal the secret of black gunpowder. However, in a short time, it became obvious that the travelers have to face a life-and-death struggle. The alien monsters called Tao Tieh will become their rivals. In this movie, Pedro Pascal worked together with Matt Damon and Willem Dafoe.

Pedro Pascal has always kept his personal life in a secret from his admirers and journalists. On the web, one can find the assumptions of the love affair of the actor with Sarah Paulson. However, there are no confirmations to this. The actors admit that they are just friends.

Everything has changed after the appearance of Pedro Pascal in the series Game of Thrones. This project has brought to the actor not only popularity but the love in real life as well. The actress Lena Headey who performed the role of the cruel beauty Cersei Lannister has become Pascal's, beloved woman. Even though according to the plot the actors are enemies in real life, they began to have sincere feelings.

At first Pedro and Lena concealed their love affair: even their colleagues in the movie didn't know about their relationship. After a while, their secret became obvious, as it's not possible to hide sincere feelings. Instagram and other social networks were full with the joint pictures of the artists and happy comments of their admirers.

As Pedro confesses, Lena Headey has become the woman who can make him smile in any situation. In 2015 there appeared the rumors that the couple broke up. Allegedly they separated shortly before the childbirth of Lena: the woman gave birth to Pedro’s daughter called Tallulah Kiarra. However, the rumors turned out to be groundless. At present artists bring up their daughter together.

At present, the actor continues to work on the movie set. In September 2017 there was held the long-awaited premiere of the movie Kingsman: The Golden Circle in which the superspies of the fictional secret service have to save the world again.

The release of the criminal picture The Equalizer 2 is set for 2018. In this movie, Pedro Pascal will work together with Denzel Washington, Bill Pullman, and Melissa Leo. 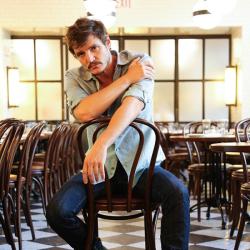