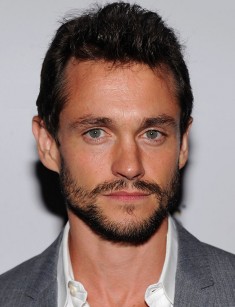 Hugh Dancy always appears on photos and screens as a charming and romantic man, regardless of whether he plays the role of autistic Adam or the charismatic head of a religious cult. The actor's biography has made a turn from the Oxford linguistics course to the world cinema and TV screens.

The future romantic hero of cinematography was born on June 19, 1975, in the British county of Staffordshire in an intelligent and prosperous family. The father is a philosopher and scientist, a prominent member of the scientific community. The mother owns the publishing business. In addition to the star son, the couple has two younger children. Hugh’s sister devotes herself to work in the charitable organization Save the Children, and the brother is an employee of a travel company.

According to his childhood friends, the boy did not think about acting career. The parents sent the boy to the school theater group as a punishment for his prank. And they probably hit the mark. The boy was carried away by the theater. And later the hobby turned into a vocation and a profession. The Briton did not get acting education and persistently missed the theater school.

He studied diligently at school and got a brilliant academic education. Perhaps, the genes of the father with a scientific degree played an important role in it. The young man successfully entered Oxford University, where he attended linguistics and English literature courses.

After graduating, the young man made a firm decision to start a serious career as an actor and become famous. Having moved to London, an unknown but purposeful young man had to work as a bartender and a waiter. Hugh Dancy spent the rest of the time, trying to get on television screens.

The first roles of the young actor were in TV series and television films, where he played bit parts. Over time, Dancy was offered more significant roles, such as the image of an adult David in the film David Copperfield, where he worked on the set with star actors Sally Field and Michael Richards.

At the age of 25, he played the truly important role of d’Artagnan in the Anglo-French screen version of the novel by Dumas. Unfortunately, the film did not have much success at the box office and was unnoticed.

In 2003, the charming actor played a major role in the film The Sleeping Dictionary. Young Jessica Alba was his partner in the film. Since Hugh Dancy has confirmed his image of a sensitive and passionate hero.

By the way, he became popular after the movie Ella Enchanted that contributed to the image of a heartbreaker. Hugh Dancy looked like a real prince on the screen. He was handsome, noble and charming. It's no wonder that the fans began to go crazy with the young actor.

It is strange, that at the beginning of the creative career Dancy played in the films, that did not have a roaring success with the public. The sequel Basic Instinct, where the actor also took part, was a complete failure. However, the ratings of the most films did not affect Hugh’s popularity.

The number of female fans grew from a project to project. The romantic and intelligent man was invited to television shows, in the interviews for print media thanks to the love of the audience. From 2004 to 2005, Hugh was the face of the commercial for Burberry Brit for Men Perfume.

Critics finally acclaimed the actor after the role of Earl of Essex in the miniseries about Elizabeth I. In addition to the fact that the series was appreciated by viewers, Dancy was nominated for the Emmy Award for Outstanding Supporting Actor in a Miniseries or a Movie.

According to many people, Hugh Dancy’s starring role remains the hero of the drama Adam. He played a young man with one of the forms of autism Asperger syndrome in 2009. Dansy brilliantly played his role, and he could perfectly show a touching guy dreaming of space and looking for a soul mate.

The actor gained worldwide fame after the release of the series Hannibal, where the Briton played the antagonist of the murderer and cannibal Hannibal Lecter. Dancy’s hero is an FBI profiler with an unusual ability to sharply feel the emotions and thoughts of a criminal being on the site of the murder. Despite the gloomy plot and the shocking episodes, the series was top-rated and had another two seasons.

It is noteworthy that initially Lee Pace was given the role of Will Graham, FBI employee played by Hugh Dance. But Dancy and fans were lucky as Lee was very busy in other projects.

The actor got the image that is very close to the character of Will Graham, in the scandalous melodrama Fifty Shades Darker. In this movie, Dancy embodies the psychiatrist of the protagonist.

The actor was in a relationship with the English artist Annie Morris for several years. However, the couple did not marry.

In 2007, the romantic and famous actor met Claire Danes, the star of the films Romeo + Juliet, Stage Beauty on the set of the film Evening. The actors fell in love while working on the set. In 2009, the couple announced an engagement, soon the lovers got married. In December 2012, the wife gave birth to Dancy’s son Cyrus Michael Christopher.

In 2018, the actor played in the new TV series The Path. The first season of the multi-episode drama was released in 2016. The series tells about the fate of a married couple with an unhappy past, involved in an unknown religious cult.

Dancy is the leader of the cult. The series is a success and it has been continued. In 2018, the third season was released.

Many questions arise about the continuation of the series Hannibal. The fans have been waiting with trembling the next fourth season.

Dancy, like his project colleagues, has repeatedly told the press about his supporting of continuation and participation in the shootings. However, unfortunately, the series has not received the approval of the producers and the hopes for the release of the new season have faded. 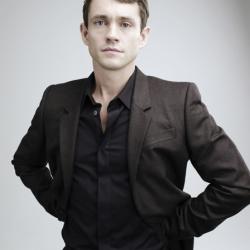