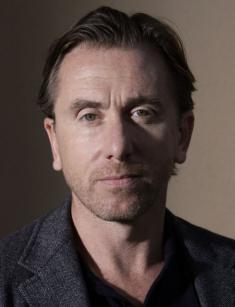 Timothy Simon Roth is a British actor who gained worldwide popularity after the release of such legendary movies as Reservoir Dogs (1992), Rob Roy, Planet of the Apes, and the television series Twin Peaks. He is an Oscar and Golden Globe nominee, the winner of The British Academy Award.

Tim Roth was born on May 14, 1961, in London, in the family of a journalist and an artist. The real name of the actor is Timothy Simon Smith. In the postwar years, his father changed the British surname "Smith" to the German/Jewish "Roth." There were two reasons for such action of his: partly through solidarity with the victims of the Holocaust, partly because he was worried about his family's security since the English were far from welcome in some of the countries to which his job took him.

School years were not easy for Tim. Because of his surname and appearance, he was constantly bullied by his peers; and teachers did not hesitate to use corporal punishment, which is still allowed in British schools. For their part, the parents, who by that time were divorced, tried to instill a love for beauty in their son. His mother taught Tim how to sculpt and paint, and his father introduced him to music and theater.

Despite frequent visits to theaters and exhibitions, Roth was a teenage outcast. Once for bad behavior, he even had to spend the night at the police station. However, the talent of the boy was evident – Tim was perfectly able to paint, sculpt, and imitate adults. Once, as a high school student, who had many insecurities about his appearance and height, which by that time barely reached 5 foot 5, Tim Roth agreed to participate in a school play. He got the part of Dracula.

The boy was so terrified that he peed himself on the stage. Tim had to play the role until the end wearing wet pants, after that he firmly decided that acting was not his cup of tea. Then Tim Roth entered London's Camberwell College of Arts to study sculpture. He didn't study long till he got seriously interested in the theater and decided to become an actor. His father advised him to attend classes at the theater studio at the "Oval House".

The début for the creative biography of Tim Roth was his work in the movie Made in Britain (1982). His part in the motion picture of Alan Clarke the actor got by chance. At that time he had a part-time job as an advertising agent at "Health and Security." Once, when he was going to the clients' houses on the bike, Tim had to go to some friends from the theater "Oval House" to ask for the pump for his flat tire. One of the TV producers noticed the guy with a shaved head (at that time Roth was playing Cassio in Othello) and invited him to audition for the part of a skinhead. That is how Tim Roth's acting path suddenly started.

The first appearance of Tim Roth on the big screen took place in 1984 in the crime drama of Stephen Frears, The Hit, in which the actor appeared in the character of a professional killer. Then followed new roles, in which Tim was able to portray different characters. Among them are Return to Waterloo (1985), To Kill a Priest (1988), The Cook, the Thief, His Wife & Her Lover (1989). But fame came to Roth in the 90s. In 1990, came out such essential movies in the acting career of Tim Roth as Rosencrantz & Guildenstern Are Dead, in which Gary Oldman became Tim's colleague on the set; and Vincent & Theo about the life of the great Dutch artist.

Then Tim Roth was noticed by Quentin Tarantino, who entrusted the actor with his role in Reservoir Dogs (1992). A new period began in the career of the actor. His work with Tarantino continued with the filming of Pulp Fiction(1994), the legendary movie helped Tim Roth once again to become known to public. In the same year, the actor played the part of Philip Chaney in the film Captives along with actress Julia Ormond.

The unusual comedy Four Rooms (1995) also was a success for the actor, even though not everyone was able to understand it. After his role in Tarantino's movies, Roth became the symbol of alternative films.

The star was able to make his mark in Hollywood by playing in Rob Roy (1995). For his part in Michael Caton-Jones's film, he won the BAFTA Award for Best Actor in a Supporting Role and was nominated for an Oscar.

In 1996, Tim Roth revealed himself as a comedian and a great singer, playing in Everyone Says I Love You directed by Woody Allen. In 1998, Legend of 1900 by the Italian director Giuseppe Tornatore, which got on the list of Top 250 movies of all time. Tim Roth played the part of the foundling Danny, who spent his whole life on a ship and eventually became a famous self-taught pianist. After it was decided to send the ship to the bottom of the ocean, Danny refused to leave it and died together with the ship that was his home.

In Planet of the Apes directed by Tim Burton (2001), the actor was playing the part of General Thade. For this film, he turned down the role of Severus Snape in the Harry Potter film series. Besides, Roth had the opportunity to star in the sequel of the legendary The Silence of the Lambs, the film Hannibal, instead of Anthony Hopkins.

At the turn of the century, Tim Roth made his début as a full-length film director, releasing the drama film The War Zone. Later Roth started working on another project - the film adaptation of William Shakespeare's King Lear, but he never finished the work.

Among the famous roles of the star in the second half of the 2000s are Virgin territory, Youth Without Youth (2007), The Incredible Hulk (2008), Pete Smalls Is Dead (2010) and others. In 2009, Tim Roth starred in the drama television series, Lie to Me, created by Samuel Baum, which showed the work of The Lightman Group, a company engaged in revealing the truth through applied psychology. The employees of the company work not only with federal law enforcement but also with individuals.

In 2015, came out another Western film by Quentin Tarantino starring Tim Roth, The Hateful Eight, as well as the drama of Michel Franco, Chronic, telling the story of the life of a social worker David, who cares for terminally ill people.

Tim Roth continues to actively work in the film industry to this day. Every year the filmography of the artist is updated with a number of new works.

The first time Tim Roth gave up a bachelor life in the early 80s. Lori Baker became his first wife and gave birth to their son Jack in 1984. Three years after their child was born, the family began facing some problems that happened at the same time with some career failures. As a result, Tim Roth decided to move from England to the United States, leaving his wife and son, whom he later took with him.

In 1993, the actor married again. This time Nikki Butler, who works as a designer, became his beloved. Tim met her in 1992 at the Sundance Film Festival. In the second marriage Tim Roth had two sons: in 1995 Timothy Hunter was born, and a year later – Michael Cormac.

In honor of his wife Nikki and three sons, the actor made tattoos on his right arm, the picture of which he later posted on his Instagram account.

The actor played the main part of the serial killer John Christie, hunting on the streets of London during World War II, in the three-part biographical crime drama Rillington Place, released in 2016.

In 2017, Tim Roth played a feature role in the continuation of the TV series Twin Peaks by American directors Mark Frost and David Lynch. The broadcast of the new season of the mystery horror drama began in the late spring of 2017 on the TV channel Showtime; the premiere took place at the Cannes Film Festival. Along with the well-known by the previous seasons leading actors Kyle MacLachlan (Special Agent Dale Cooper), new actors played in the new season of the television series – Balthazar Gett, Laura Dern, Naomi Watts, James Belushi, Amanda Seyfried. Angelo Badalamenti, the composer of the previous seasons, was invited again to create the music theme for the series.

In the same year, came out the sports romantic drama film 1 Mile to You by American Director Leif Tilden, which told the story of a young man, who suddenly lost two of his close friends. To overcome the pain of loss, Kevin began to engage in running. Tim Roth played in the role of Coach Jared in the movie.

Now many new films and TV series, starring Tim Roth are at the stage of post-production, for example, The Keys to the Street, Tin Star and The Con Is On. 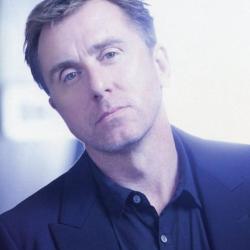