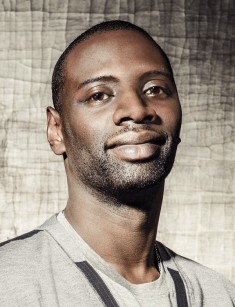 Omar Sy was born in the town of Trappes, located near the capital, in the historic district of Ile-de-France. His mother was from Mauritania and she worked as a cleaner, the father was a laborer from Senegal. When Omar was born, the family had already three children, and later the fourth child was born.

Omar Sy was a very sociable boy, all teachers noted that he had a quick tongue. When he was a teenager Omar Sy went to work on the radio, where he worked as a DJ and entertained listeners with his monologues. When the guy graduated from school, one of the producer centers offered him to create his own show. Omar Sy appeared on television with the authorial show called Le Visiophon.

Later, the actor Fred Testot joined the young man and the program changed into the comic TV show Omar and Fred, which was very popular throughout the country for several years. When the ratings of the project began to fall and the show was closed, Omar Sy decided to make an acting career, because at that point he already had experience in filming in bit parts.

Omar Sy appeared in the feature film for the first time in 2001. It was a bit role of a taxi driver in the French comedy Don't Die Too Hard (La Tour Montparnasse Infernale). At that time, he participated in five or six projects annually, although most of the films were known only in Omar's native country. These films were comedies, such as Those Happy Days, 2 Alone In Paris (Seuls Two), Murphy's Law, Special Correspondents (Envoyés très spéciaux), and many others.

In 2011, Omar Sy got the first main role of Drissa in the tragicomedy The Untouchables, which in Russia was also called "1+1". The actor played with the star of French cinema François Cluzet in this film, and he was awarded the César Film Award. The movie made a real sensation and had a huge box office success. Until now The Untouchables is considered the most financially profitable project in the history of the French cinema.

By the end of 2011, Omar Sy was not only a world-famous actor but also one of the most honorable citizens of his country. He took the third place after tennis player and singer Yannick Noah and football player Zinedine Zidane in the rating of favorite stars.

Of course, the actor did not rest on his laurels but continued to film a lot. And he was invited by the French and foreign film studios. Omar Sy appeared in the French comedies On the Other Side of the Tracks (De l'autre côté du périph) and Samba, as well as in the Hollywood blockbusters X-Men: Days of Future Past and Jurassic World. You can see the French actor in the American thriller Good People and the comedy Burnt.

2016 brought to the actor’s fans a new sparkling comedy Chocolate, based on real events, as well as a famous mystery thriller film Inferno, where the main role was performed by the inimitable Tom Hanks. On New Year's Eve, the family comedy Two Is a Family (Demain tout commence) was released. The title reminds the most successful film project of Omar Sy, but this is not a sequel and the new movie has nothing to do with the previous plot.

French actor Omar Sy has dated with the girl Helene for a long time. Then they began to live in an actual marriage and had four children. The number of children is quite acceptable for Omar because he has lived in a large family.

Omar married his lover Helene after 10 years of living together, and the woman took her husband's surname. The wedding celebration took place on July 5, 2007, in the town of Le Tremblay-sur-Mauldre, which is one of the suburbs of Paris.

By the way, Omar Sy’s wife is not African, but she has a French origin. Helene gave birth to the fifth baby after the wedding. It's interesting that actor Omar Sy hides his children from the public and does not even post their photos to the public. Now the family permanently resides in the town of Yvelines, in a mansion that once belonged to the noble family of Montfort-l'Amaury. 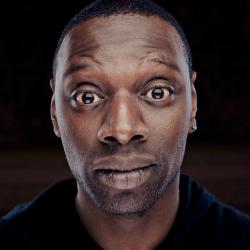