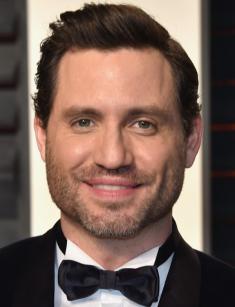 The Latin American actor Édgar Ramírez conquers the hearts of the audience not only with his beauty and courage but also with his true embodiment of the characters. He receives the roles of the brave men: athletes, special agents, revolutionists or criminals. His subtle Spanish accent has become the business card of the actor, and his participation in international projects has brought him world popularity.

Édgar Filiberto Ramírez Arellano was born on the 25th of March, 1977 in San Cristóbal, Táchira, in Venezuela. His mother Soday Arellano is a lawyer, and his father Filiberto Ramírez is a military diplomat. The actor has a sister Nataly, a nephew Enrique and a niece, Maria Camilla. As his family often relocated, Édgar speaks in five languages fluently. Besides his native Spanish language, the actor speaks English, German, French and Italian languages.

However, the attentive American journalists note the Spanish accent in the actor’s speech. As the actor needed to change schools all the time, this helped him to learn foreign languages and to master the communicative skills with new people. In 1999 Ramírez graduated from Andrés Bello Catholic University in Caracas. He received the in Public Relations sphere and had plans to become a diplomat.

In 2000 he worked as the executive director of Dale al Voto, the Venezuelan fund which promoted the democratic values in the environment of Venezuelan youth. The company created radio casts and television programs and shot the commercials. But since student years the young journalist was interested in the dramatic arts. As a hobby, he took part in the short-length movies. When the scriptwriter Guillermo Arriaga appreciated his movie, Ramírez decided to make his hobby a profession.

In 2003 the actor had his debut in the soap opera Cosita Rica released by Venevion Venezuelan TV channel. 270 series of this TV project have made Ramírez popular in his native country and have become his step to the Hollywood career. In 2005 the actor performed the role of Choco in the movie under the title Domino – the fighter directed by Tony Scott. In 2008 the actor appeared in the picture Vantage Point as a soldier of special troops who is blackmailed by the terrorist group which is planning the attack at the U.S. President.

The same the actor appeared in the role of the Cuban revolutionist Ciro Redondo in Steven Soderbergh's movie Che. Édgar Ramírez gained international recognition after the role in the French-German series Carlos in which he played the terrorist Carlos the Jackal, his namesake, and compatriot. For this work, the actor was nominated for Golden Globe and Emmy Awards and received the prize of César Awards as a promising actor in 2011. The actor manages to play the roles of the brutal personages with strong character brilliantly.

At the end of 2015, there came out on the screens the movie Point Break – the remake of the cult fighter of 1991. Instead of Gerard Butler who had left the project for some unknown reason, Édgar Ramírez received the role of Bodhi - the leader of the gang of robbers who enjoy extreme. To play his role in this movie, the actor had to master his mountain-climbing skills, to learn how to surf and to snowboard.

Édgar has never been married, and there is no information if he has children or not. The actor explains the current situation with the particularities of his profession:

"It’s impossible to take responsibility for having a family if you constantly have to travel and you can’t pay due attention to your wife. One time I am in Venezuela, another time I am in the USA, Mexico or in Europe".

Perhaps, Édgar Ramírez will have the romantic part of his life in the future. The journalist and fans are observing the personal life of the movie star in detail. They know that the actor collects watches and likes beautiful clothes. In 2016 the robbers stole a couple of rare watches from his collection in Caracas.

The same year Ramírez demonstrated the suits during the photo session for the Indian Esquire magazine. What about Édgar Ramírez’s girlfriends, there is nothing known about it to the mass media representatives. However, there is no ground to assume that Édgar Ramírez is gay –he had no romantic relations with the guys as well.

The actor didn't forget about his skills in the diplomat, and he is engaged in public work. He supports the campaign "Do Not Shoot," which is aimed at reducing the number of injuries and death caused by the irresponsible use of the weapon. The actor supports charity organizations, in particular – he helps children with sensory issues to adapt to life in society.

In December of 2017, the actor enriched his filmography with the fantastic fighter under the title Bright. This movie takes place in the world which is similar to ours, there exists magic and people cooperate with orcs and centaurs. In this picture, Ramírez appears in the role of the elf Kandomere, the employee of the FBI. Recently the actor concluded the contract for the role of the fashion designer Gianni Versace in the second season of American History of Crimes. The Latin American singer Ricky Martin received the role of Versace’s lover.

It’s convenient to follow the news from the actor’s life on Instagram. On his microblog, Ramírez regularly posts new photos and videos. Édgar also has a personal page on Twitter. You can also find him in the social networks in fan groups dedicated to the creative work of the Venezuelan in which his numerous female admirers admire the beauty and brutality of their idol. 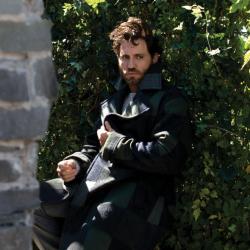