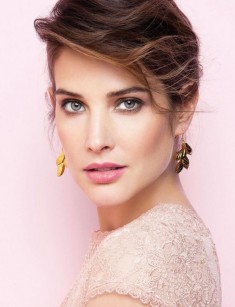 Beautiful Jacoba Francisca Maria Smulders, or better-known Cobie Smulders, was born in April 1982 in Vancouver, Canada. She became famous as a model but then decided to add acting works to her outstanding biography. The girl succeeded in everything. The actress became famous after her role in the comedy How I Met Your Mother. Then there were projects Smallville, Tru Calling, The L Word and The Avengers, which gave Cobie the status of Hollywood actress.

Cobie Smulders has mixed Dutch-English origin thanks to the parents. She was named Jacoba after her Dutch grandmother, the girl preferred a shorter version of "Cobie " for simplicity of perception.

Smulders has been engaged in the modeling business since adolescence. She signed a lucrative contract with one of the modeling agencies and went on a long tour around European, and then Asian countries. But Cobie was not too happy about the success in this sphere. She did not like it when her personality was judged by her looks. Moreover, the ambitious girl dreamed of becoming an explorer or doctor in childhood.

In the end, Cobie Smulders decided to try herself as an actress. She already had some experience in this field. She played quite well in several amateur theatrical performances at school.

After graduating from Lord Byng Secondary School in 2000, Smulders got an honor certificate. After returning to the podium for a while, she finally said goodbye to it and went to Los Angeles to be closer to the dream factory.

Cobie Smulders’s cinematographic biography started in 2000. A bit part in the Canadian TV series Andromeda was the first step to the success of the novice actress. But the upward movement was not easy. In the early 2000’s, the girl got the role of the heroine Zoe in the American project Special Unit 2. Later, it was followed by a more significant role in the drama Veritas: The Quest. Cobie had to add some years to her age in order to play in this film. According to the plot, her character, Juliet Droil, was a young 28-year-old woman, but Smulders barely turned 19 at that time.

The series was not a success and was closed after the release of the 13th episode. Cobie was disappointed because she thought at the beginning that she had caught a lucky break. The actress realized that she was still at the very beginning of her path and to the way to the top was far away. The girl flew the white feather and returned to her native Vancouver. She worked as a courier at her mother's company for a while. But then she pulled herself together and went to Los Angeles for auditions and castings again.

Cobie Smulders took any job she was offered. She appeared in episodes of famous series Smallville and Tru Calling. The young woman attended acting lessons and performed at the theater stage.

Gradually the name of the Canadian actress began to rise up from the bottom lines of the captions. Smulders wad offered to shoot in the popular TV show The L Word, which made her well-known. And in 2004, Cobie was first offered a role in a feature-length film. She played in Kevin Bray's drama Walking Tall.

But the real breakthrough happened when Canadian was 23 years old. The comedy series How I Met Your Mother literally "blew up" the audience. This project was watched by millions of TV viewers who fell in love with Smulders’s charming heroine. She played girl Robin, who adored whiskey, cigars, hockey, and weapons.

Since 2005, the sitcom was on TV for eight seasons. The project got seven Emmy statuettes, as well as the prestigious People's Choice Awards, the Critics' Choice Television Awards and two nominations for the Golden Globe.

Then Cobie Smulders caught her luck by the tail. Simultaneously with the shooting in the sitcom, she worked on the set of several other projects such as Kevin Heffernan's black comedy The Slammin' Salmon and many others. Viewers saw the Canadian star as waitress Tara in this film about the everyday life of the restaurant.

The second "blow" of Cobie Smulders’s tremendous popularity was in 2012 when the adaptation of the comic book The Avengers was released. The superheroes of all famous comics were combined into one film. The Canadian actress in the role of agent Maria Hill won the hearts of spectators, increasing the army of her fans dramatically.

Later, the actress was engaged in the filming of the continuation of the Russo brothers' superhero thriller Captain America: The Winter Soldier and The Avengers: Age of Ultron.

The actress met her husband, Taran Killam when they were both 23 years old. There was a spark between them. Since then they are inseparable. Cobie Smulders’s personal life has developed happily. They have two daughters. Elder daughter Shaelyn Cado was born in 2009, and the youngest Janita Mae was born at the beginning of 2015.

The actress's happiness was overshadowed by the medical diagnosis. In 2015, while shooting in the third season of the sitcom How I Met Your Mother, Cobie Smulders was diagnosed with a terrible disease of ovarian cancer. The woman has undergone many operations. But recently the star has pleased her fans with a statement that at last, she has cured of cancer. 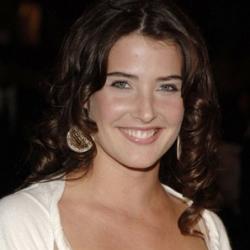