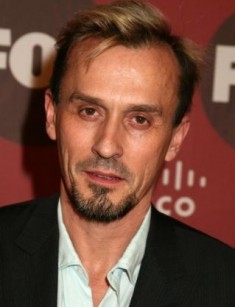 This talented Hollywood actor is best-known for his role as cruel maniac T-Bag in the series Prison Break. Those who have dared to watch this gloomy serial thriller will forever remember the sadist and manipulator Theodore Bagwell (or "T-Bag"), as Knepper has managed to "revive" the character with incredible realism. Later, he played a few more villains, who secured the actor the role of a genius villain-like character.

Robert Lyle Knepper was born in the hot summer of 1959 in Fremont, which is located in the state of Ohio. He became interested in acting in early childhood. Robert’s mother worked as a props-handler at the local theater. The boy often went behind the scenes and watched the actors playing with great pleasure.

In high school, he passed an interview and several auditions. He entered Northwestern University. Knepper attended drama courses, but classes suddenly seemed boring to him. Robert gave up his studies, and before the final exams, he was offered to perform on stage a famous theater in Chicago. But in 1981, Knepper went to New York, where he continued his theatrical career.

The cinematic biography of Robert, or as he is sometimes called Rob Knepper, began in 1986. Some sources state that the first actor's film was the comedy That's Life! of Blake Edwards. Others say that Knepper first appeared on the screen in the episode of the popular series The Paper Chase. But it is not very important because these projects did not bring Rob fame. But they turned out to be the springboard that opened the actor the way to the world of Hollywood cinema.

In the early projects of the 1980’s and 1990’s, Robert Knepper mastered his acting skills. He played in the pilot release of the popular crime series L.A. Law. The actor appeared in the image of a "wild" superhero who fought against urban crime in the adventure film Wild Thing. Later, the audience saw him in the films Gas Food Lodging, Where the Day Takes You and China Beach.

The 1990’s turned out to be more lavish to the actor. He managed to attract the attention of critics and spectators with virtuosic play in the comedy Search and Destroy and in an episode of the famous Woody Allen’s film. The director gave Rob a bit part in his famous movie Everyone Says I Love You.

After playing in Woody Allen’s movie, Robert Knepper could claim prominent roles in the rating projects. He attracted the attention of famous directors. In the middle and late 1990’s, the actor starred in the sensational Hollywood movies Kidnapped In Paradise, the popular TV series The West Wing and Nikita. Knepper’s villains were so realistic and terrifying that people began talking about the birth of a new star in Hollywood.

In 2001, Robert Knepper starred in the miniseries Jackie, Ethel, Joan: The Women of Camelot. He appeared in the image of Robert Kennedy. Later, the actor admitted that it was his favorite role.

But the real glory came after his starring in the series Prison Break. Since 2005, Rob has frightened the audience with a gloomy and terrible character of sadistic and maniac T-Bag. He admitted that when he first read the script and understood who he would have to play, he was horrified. At that time, Robert Knepper was already a faithful family man and father. And he had to play a rapist and murder of children. But he could not refuse the proposed work. The shooting in the last season of the series Carnivàle ended, and there were no other proposals. He had to agree to the role of T-Bag to make for a living.

The latest significant film projects of the Hollywood star are the action movie Transporter 3, the 4th season of the series Heroes, the movie Good Night, and Good Luck, where Knepper starred together with George Clooney, and the adventure film Hostage with Bruce Willis in the lead role.

But what is more important, in 2016 and 2017 Robert Knepper continued to play his main role of the maniac Theodore Bagwell or T-Bag. Creators of this popular series finally took pity on the actor and added to his cruel hero a little humanity.

It is little known about Robert Knepper’s personal life. He prefers to attract as little attention to his family as possible to protect them from curious paparazzi and arrogant journalists. It is known that the actor is married to a woman named Nadine Kary and he has a son, Benjamin Peter. 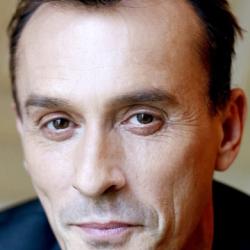