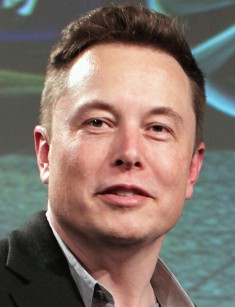 The Canadian- American fantasy writer William Gibson who is considered to be the founder of the cyberpunk genre claims that the future has already come and it has just been distributed not equally. This statement is remembered when you learn about some technological novelty or about a scientific break during another research.

John McAfee, Steve Jobs, Stephen Hawking, Elon Musk and other people who are behind these projects are of equal interest to the public. Basing on the biography of each of them it is possible to shoot the film which will give a head start to any feature movie. The picture about Elon Musk could be especially interesting.

The future inventor, businessman and billionaire Elon Musk was born on the 28th of June of 1971. He was born in Pretoria – the administrative capital of the Republic of South Africa. Elon was the first child in the family of the South African businessman Errol Musk and his wife, the Canadian model Maye Musk (née Haldeman). Later Elon’s sister and brother were born – his sister Tosca became a TV director and his brother Kimbal became a businessman and a venture capitalist.

At early age Elon was a very closed boy – he preferred reading books to playing games with other children. Errol noted that his eldest son grew a very curious child whose mentality strikingly differed from the mentality of his peers. Elon was 4 years old when he asked his parents where the world began and finished.

In 1979 Errol and Maye divorced. By mutual consent, their children stayed to live with their father. At school Elon often had conflicts with his peers that once had led to some serious injuries and the boy had to be hospitalized in an emergency.

For his 10th birthday, Elon received eight-bit personal computer "Commodore VIC-20" as a gift from his father. The boy really liked the present and at once got a fancy for programming. Two years later a future businessman sold the game "Blastar" that he had developed for 500 dollars. Later this money had gone for the first serious investment of Elon into the pharmaceutical company which Musk had been monitoring by means of Mass media. By the time of his high school graduation, Elon had quite a solid sum on his bank account.

After Elon and Kimbal had graduated from the school they moved to Canada, to live with their mother. There Elon was accepted into Queen's University in Kingston, Ontario. The University of Pennsylvania became the next higher education institution in which the guy had been studying.

During the studies in Pennsylvania Elon together with his companion Adeo Ressi had been renting a 10-bedroom house in which guys organized great parties because of what the guys were several times hereby expelled from the university. Nevertheless, Elon had managed to finish his studies at the university, having received the Bachelor's degree in Applied Physics and Economy. After that, he decided to continue his education at private Stanford University, but he gave up this idea having decided to be engaged in the realization of the start-up which he developed together with his brother.

"Zip2" became the first project of Elon the idea of which had come to Elon and Kimbal during their conversations in 1996. The guys borrowed a certain sum of money from their father and began to work. "Zip2" was engaged in the software development for the news companies. "The New York Times" and "Pulitzer Publishing" were among the company’s clients.

In three years the company was sold to the "Compaq Computer Corporation" PC producer. However, they began to get offers even earlier. With great difficulty, Elon had managed to convince his colleagues that the startup hadn't reached its full potential and that later it would be possible to sell the company more profitable. And that’s what had happened: in 1999 "Zip2" was sold for 308 million dollars. Elon himself earned 22 million dollars of this sum. The major part of the earned money had gone for the financing of the new project, and for the rest of the money, Musk bought the "McLaren F1" sports car. The further biography of Elon is closely connected with his projects.

After "Zip2" had been sold Elon started to work on "X.com" project. In 2000 Musk got acquainted with Peter Thiel (during the ride with whom Elon crashed his "McLaren F1" car), whose company "Confinity" had already been working on the similar project development under the title "PayPal". It was decided to merge two companies to solve the issue of creation of full-fledged electronic monetary system together.

During the working process quite often there were disputes between Elon and the board of directors. The main dispute concerned the title of the project: Musk wanted the project to be known under the name "X.com" while the others preferred the version of "PayPal".

The situation was resolved unexpectedly: during the flight of Elon to Australia the urgent board meeting was convened, as a result of which Musk was dismissed and his duties were shifted to Peter Thiel. This decision was not fair as it were Elon’s ideas which led to the rapid development of the enterprise.

In October of 2002 "PayPal" was sold to the world's largest Internet auction eBay for one and a half billion dollars. From selling the debit online payment system Musk earned 175 million dollars from which he at once invested 100 million dollars in the "SpaceX" project, and 70 million – in "Tesla Motors".

In 2010 Elon invested money in the "Stripe" company – a competitor of "PayPal", this way he let the direction of the last company understand that he hadn’t forgotten the offenses yet. By 2017 the "Stripe" company has already gained stable positions and has managed to get "Twitter" as its partner.

By the words of Elon’s relatives, science fiction has always been his favorite literature genre. It has also led to the fact that in June of 2002 Musk has founded the third company - "SpaceX". The new project was focused on the private development of launch vehicles and spaceships. It is considered that before the founding of the "SpaceX" Elon tried to purchase the discarded Soviet rockets for work on some other project, but because of the high required cost, he had to give up this idea.

In 2006 there was presented the first rocket developed and constructed at the "SpaceX " factories. The "Falcon 1" rocket which received the name in honor of "Millenium Falcon" of Han Solo – the spaceship from the movie "StarWars". By means of the "Falcon 1," it became possible to put the space satellite of Malaysia into orbit.

In December of 2008, the National Aeronautics and Space Administration (NASA) signed with the company the contract for the launch of the satellites and the "SpaceX " spaceships to the International Space Station. The contract value was estimated to 1,6 billion dollars – it saved Musk from bankruptcy on the verge of which he had been because of the global financial crisis of 2008.

The space suit developed by the company which photo Elon posted on his Instagram on the 23rd of August of 2017 is among the recent "SpaceX" projects. The design of the protective suit refers to such cult science-fiction movies as "2001: A Space Odyssey", "Alien" and "Star Trek". Musk admitted that it was hard to keep the balance between functionality and the exterior of the space suit.

The "Tesla" company was founded in 2003, and Marc Tarpenning and Martin Eberhard were the pioneers of this company. Elon Musk isn’t actually the founder of the company, however, he became the ideological inspirer of "Tesla" company and the first serious investor (70 million dollars earned from the sale of his "PayPal" shares). After such generous contribution the founders of "Google" - Sergey Brin and Larry Page, the founder of "eBay" - Jeffrey Skoll and also the management of the "Toyota" and "Daimler AG" companies paid attention to this company.

The "Tesla" company was engaged in development and production of environmentally friendly electric vehicles for what it became the winner of "The Crunchies" in the nomination for Best Ecological Enterprise of 2007.

The first product of the company is the Tesla Roadster electric vehicle which had come on sale in 2008.

For the first time, Musk got married in 2000 to the girl Justin (Justine) with whom they had been studying together at Queen’s University. Later Justin became the popular Canadian writer and gave birth to their six sons with Elon: Nevada Alexander, Xavier, Saxon, Griffin, Damian, and Kai. In 2008 the couple broke up.

Practically at once Elon was seen in the company of the English actress Talulah Riley. In 2010 Elon and Talulah celebrated their wedding, and in 2012 they separated to get married again in 2013. Their second marriage had lasted till 2016.

On the 23rd of April of 2017 the information came out about the new girlfriend of Elon Musk, the ex-wife of Johnny Depp, the Hollywood actress Amber Heard ("Alpha Dog", "Never Back Down", "Zombieland", "Justice League").

Further, Elon Musk had a love affair with the 31-year Canadian singer Grimes. For the first time they appeared in public together at Met Gala 2018. It happened in a short time after Elon had separated with Amber Heard. They began their relationship in April of 2018 after the communication in the social network. In the interview to Wall Street Journal the singer said that she had feelings to Elon.

Life of Elon is saturated with events. In December of 2016, he became the member of the Presidential forum on strategy and policy where there were present 16 American businessmen. The task of this organization is to advise the U.S. President Donald Trump concerning the creation of new jobs, to improve the labor productivity and also to provide advice on the questions concerning the economic growth of the State.

The same year was founded the new company of Elon – "Neuralink". In the short term, the company will be engaged in the production of the devices for treatment of complex brain diseases. Also, they plan to refine human by the implementation of the implanted neurocomputer interfaces.

Besides that, Musk is working in other projects among which there are new developments of "SolarCity" – the company of his cousins Peter and Lyndon Rives and also an experimental run of the Bullet train "Hyperloop".

On the 7th of October of 2017, the governor of Puerto Rico announced on Twitter that Elon Musk had volunteered to help to restore the electric power supply of the island which was broken because of the hurricane "Maria".

Despite his workload, Elon manages to have some rest. Elon prefers active (if not to say extreme) recreations. Also, he likes to read, recently he has even posted a photo on Instagram of the Californian little shop in which he bought some books. As it was already mentioned, Mask is a fan of science-fiction. Among his favorite writers - Isaac Asimov, Robert Heinlein, Douglas Adams, John Tolkien and Iain Banks.

By the way, Elon has also managed to become the character of the book written by the writer and the journalist Ashley Vance.

In 2015 some informal data appeared on the web according to which Elon Musk's wealth was estimated at 13,1 billion US dollars.

Next year there was also official information provided by the "Forbes" edition. According to the information of the American financial and economic magazine, Musk owns the sum equal to 10,7 billion dollars.

About the World War III: "China. Russia. All countries will be strong in computer sciences soon. The competition for the superiority in the sphere of artificial intelligence at the national level will probably become the reason for the beginning of the World War III".

About the matrix: "We have to hope that all of us live in the simulator".

About the virtual Universe: "We will create simulators, indistinguishable from the reality, otherwise the civilization will cease to exist". 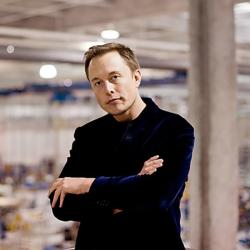