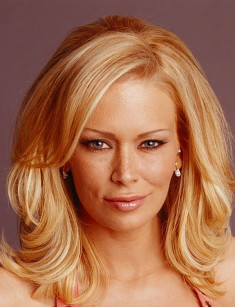 The girl was born in Las Vegas, Nevada; her birth name was Jennifer Marie Massoli. The father Laurence Massoli worked as a police officer; the mother Judith Brook Hunt was a dancer. Jennifer does not remember her since she died of skin cancer when the girl was almost 2.

The mother’s relatives stopped communicating with the son-in-law and grandchildren. Laurence was broke: he not only had to spend all his earnings on his wife’s treatment but also got loans. He and his children, Jennifer and her elder brother Tony, had to live in a trailer house. The grandmother on the father’s side helped bring up Jenna and Tony.

In her autobiography, Jenna stated that she was raped and beaten by four men. She also claimed that her boyfriend Jack’s uncle raped her. She did not tell her father about what had happened and decided to leave the house and begin the new, adult life.

The independent life required money. When the girl was going to school, she decided to follow in the footsteps of her mother and began to dance in “Vegas World” show but soon quitted. The work schedule was heavy, and the earnings were small.

Jenna’s boyfriend Jack persuaded her to get hired as a strip dancer in a club. Since Jenna was under-aged, she had to use faked documents. Six months later, the young woman earned $2 thousand per night.

At that time, she decided to have a pseudonym. At first, it was “Jennasis” which meant “existence,” later, she changed it for Jenna Jameson. The woman took her own name and chose the favorite sort of whiskey as her surname.

The girl started taking drugs at school. Her brother had begun to use heroin long before; following his example, the sister decided to have a try and did cocaine, methamphetamine, and LSD. As a result, Jenna stopped eating and lost much weight: by 1994, she weighed 35 kg. Photo shooting for magazines was out of the question. Jenna realized that her model career came to its end.

In 1994, she had her first breast implants so that she had a D cup. Jenna spent the rehabilitation period at home with the father and grandmother. In the end, the father had nothing to do but to give his consent.

In 2000, Jenna Jameson and her then-husband Jay Grdina founded the pornographic movie company “Club Jenna.” By 2001, it was bringing $60 thousand per day. In 2002, Jameson became the prototype of Candy Suxxx, the character of the computer game “Grand Theft Auto: Vice City.”

In 2005, Jenna became the TV personality in the show “Playboy TV’s Jenna’s American Sex Star.” It was a contest where the participants competed to star in a movie produced by “Club Jenna.”

In 2007, the woman announced she was going to finish the career of a pornographic actress and even had her breast implants taken out. In 2008, Jenna confirmed that she would not appear in pornographic movies but continue working in “Club Jenna.” The studio generates $30 million annually.

Jenna Jameson is bisexual. According to her words, she slept with more than 100 women and 30 men outside the screen. She had sex with Marilyn Manson, Dave Navarro, and Tommy Lee. She lived together with her pornographic movies colleague Nikki Tyler for a long time.

In 1996, the young woman married the pornographic actor Brad Armstrong, but they got a separation in 10 weeks. Although their marriage ended at that moment, they divorced officially only in 2001.

In 1998, Jenna met the pornographic movie director Jay Grdina who became her constant partner on the movie set. The couple got engaged in 2000 and married in 2003.

Next year, Jenna got pregnant and was suddenly diagnosed with skin cancer – just like her mother. Jenna’s life was saved, but she suffered a miscarriage. She could not conceive for a long time after that – nothing, even IVF, helped. There was much misunderstanding in the family; in 2006, Jenna and Jay divorced.

In the same year, Jenna started dating Tito Ortiz who was a mixed martial artist. They married soon, and the media revealed soon that Jenna was pregnant. On March 16, 2009, she gave birth to twins – the boys Jesse Jameson and Journey Jette.

In 2010, there was an unpleasant situation in the family. Tito was arrested on suspicion of domestic violence. News agencies spread the photos where Jenna’s arm was bandaged and informed that she took the children with her and left.

Later, Tito was released on bail and said that the reason for the scandal was the drug substance he had found among Jenna’s things. In her turn, Jameson confessed that her husband did not beat her and explained that it was a mistake: what Tito found was a painkiller “Oxycontin,” not a drug. In a week, the couple started living together again. They finally broke up in 2013.

In 2016, the media discovered that Jenna Jameson was pregnant again. Lior Bitton became her new partner and the father of the child. Lior is a jeweler from Los Angeles whose reputation is ambiguous – he has been arrested for fraud. He is a Jewish and a very religious person. For this reason, Jenna started learning Hebrew and later converted to Judaism.

Today, Jenna devotes herself to the family, and her Instagram bursts with cutest photos. Jenna is incredibly rich, successful, and happy. 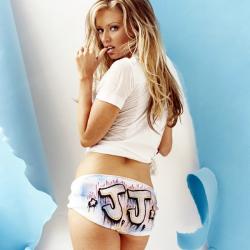