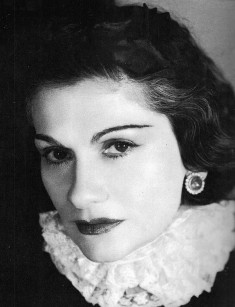 The legendary woman, the woman of the epoch, and the icon of style, Coco Chanel was born on August 19, 1883, in France. She was the second child in the family of Jeanne Devolle and Albert Chanel. Her parents were not married officially. The mother died in childbirth. The newborn girl was named Gabrielle after the nurse who helped her be born.

Gabrielle did not like to remember her childhood because there were few happy moments there. The family lived in poverty, and the father did not take care of his children; when Coco turned 11, he left them. For a while, the sisters’ relatives looked after them; later, the girls had to live in an orphanage. Since that time, Coco never saw her father again.

The girl realized that she would have no bright future after the orphanage but still dreamed of luxurious and comfortable life. When Chanel was famous, she mentioned she hated the orphanage uniform that made all girls faceless. At that moment, her dream to dress women beautifully originated.

The monastery gave Chanel a recommendation, and the young woman got hired as a salesperson in a lingerie store; she also sang at a cabaret club in her spare time. Gabrielle wanted to become a ballet dancer and singer; she had many unsuccessful auditions. The nickname “Coco” derived from the song “Ko Ko Ri Ko” that she often performed in a café.

At 22, Coco Chanel moved to Paris. She dreamed of becoming a dressmaker, but she lacked experience. Five years later, the young woman met the associate who helped her make first steps in the star career.

Arthur Capel was a young and successful businessman; Chanel’s ideas attracted him. In 1910, Coco had her first hat store in Paris; in 1913, the second store in Deauville opened. As the young woman got her own business, she unleashed her fantasy in spite of her inexperience: she was both the fashion designer and entrepreneur.

Initially, Gabrielle Bonheur Chanel created hats and sold them to famous Parisians. The number of clients grew day by day. Soon, Coco entered the noble circles and communicated with famous directors, artists, writers, and actors. Perhaps, this is why her trademark was based on elegance in clothes, accessories, and perfume. The famous string of pearls is the elegant jewelry for all times; it was Coco Chanel who introduced it.

In 1921, Chanel presented the famous perfume “Chanel №5.” The Russian immigrant Ernest Beaux worked on the scent. It was the first perfume with the complicated notes that did not remind of flowers at all.

Two years later, Coco presented tan as the new fashion trend: she went on a cruise and demonstrated her beautiful tan in Cannes. The fashionable society followed her example immediately.

A little black dress remains the must for any woman today. Chanel offered pantsuits and showed that “male” style could look feminine and elegant. She rarely wore pants, though: Coco believed that dresses accentuated her fantastic figure – indeed, her body and appearance were perfect.

By 50, Chanel was rich and famous. The collections she created at that period stand out for their free spirit and fantasy. When the Second World War began, Chanel closed all salons because people did not care about fashion at that time. In September 1944, she was arrested for the alleged relationship with a German officer; she was released several hours later.

Chanel moved to Switzerland and lived there for ten years. Her fame faded away: the Parisian runways were full of new designers’ collections. Dior was extremely popular and seemed to have left no chances for Coco Chanel. However, the woman held a different opinion. In 1953, she opened a salon in Paris.

By that time, she had turned 70. In several months, the Chanel fashion house opened in Paris. While critics were harsh to the designer, she ignored their comments. In 1954, Coco presented elegant rectangular bags with long chains: she said she got sick of carrying and losing clutches. It took Chanel three years to come back to the fashion top positions with a triumph and made her style dominant.

Coco had many love affairs, short and long, and never married and had children, although she dreamed of it.

At 22, she was Étienne Balsan, the wealthy retired officer who bred pedigree horses. Chanel lived in his castle, enjoyed luxury, and pondered her next steps. Later, she met the English Arthur Capel and started dating him.

In 1924, Coco Chanel met the Duke of Westminster, the richest person in England. Their affair lasted for six years; during this period, Grosvenor married and divorced twice. He proposed to Coco, but she answered:

“There are a lot of duchesses, but only one Coco Chanel.”

The fashion designer remained just a mistress for her entire life. She lived longer than any of her lovers, but she was never happy in her personal life. Work became the meaning of her life. Coco Chanel saw new ideas for dresses in her dreams, work up, and started working on them: she was an industrious person to a ripe old age.

Coco Chanel died of a heart attack on January 10, 1971, in the lux room of the hotel Ritz, in front of the globally famous Chanel fashion house. The woman was 88 years old.

At that time, her fashion empire brought $160 million annually. There were only three dresses in her wardrobe, but a queen would like to have one of those. The famous fashion designer was buried at the Bois-de-Vaux Cemetery in Lausanne, Switzerland. 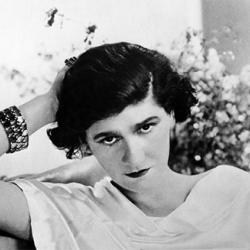