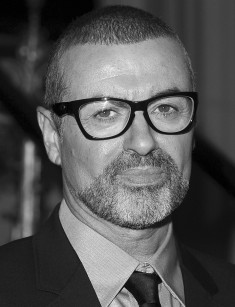 George Michael, the legendary British singer and a former member of the band Wham!, was born on June 25, 1963, in East Finchley, Great Britain. It is an area in North London. In fact, George Michael is only a stage name, and the artist’s real name was Georgios Kyriacos Panayiotou.

George's father, Kyriacos Panayiotou, was a Cypriot who emigrated to Britain in the 1950s and married an Englishwoman, Lesley Angold Harrison. His father was in charge of a small restaurant with Greek cuisine, and his mother was a dancer.

The parents also had two daughters Melanie and Yioda, who were elder than George. Therefore, the sisters bring up the child, since the parents did not have time for it because they were very busy at work.

The image of a sex icon in maturity contradicts his appearance in childhood. George Michael had to wear glasses because of poor eyesight, and his constitution was not athletic, so he was constantly bullied by children. Moreover, he had to learn to play the violin, but the future star did not like it.

When he was seven years old, Michael already wanted to become a star. But he did not enjoy playing the violin, mainly since he was left-handed. At that time George repeated or tried to reproduce all the melodies that he heard on the radio. The father did not share the son's hobbies, unlike his mother, who supported him in his career and presented him a voice recorder.

Queen and Elton John had a strong influence on the singer and his further style. A turning point in life was moving to the county of Hertfordshire, where George attended a new school and got to know Andrew Ridgeley, who was of Egyptian descent. They got acquainted in 1975. Michael was introduced to Ridgeley on purpose to grow familiar with the new place. It was a turning point in the artist's life.

The singer has changed his appearance very much as he stopped wearing glasses and lost weight. Michael changed the way he saw himself as well as his hobbies. Thus he did not have time to study.

Instead of lessons, Michael, Ridgeley and their friend David Austin gathered at the Green Park subway station to entertain the passengers with songs of Beatles, David Bowie and their compositions. It was followed by the formation of a band called The Executive. Besides, there were also Andrew Leaver and Paul Ridgeley.

The band did not become very famous, and it only released one single Rude Boy. The group could not exist for a long time, but the participants managed to develop the basis for Wham!, since during that time they created many songs for future albums.

The famous pop duo signed a contract with the promising label Innervision Records in 1982. At the same time, the artist took the pseudonym George Michael. They created the image of rich playboys, and their target audience was young people. It is vivid in the music videos for the debut songs "Club Tropicana," "Bad Boys," which became the most famous singles of the band.

The first album was called Fantastic. After the initial success, the band decided to change the label for Epic. When the singers concluded the contract, their royalties became much higher.

The band had a small break from late 1983 until May 1984. Before the break, they had developed a new image and worked on a new album, called Make It Big. The album became popular in the UK and topped all charts. But the best part was the music video for the song "Wake Me Up Before You Go Go," which became iconic.

The next two years were the most successful for the band because such famous songs as "Careless Whisper," "Freedom" and of course "Last Christmas" were released. The last song was a kind of anthem of this holiday for a long time.

George had disagreements with the producers. He argued that the imposed image of the hooligan teenager contradicted his inner state of a dreamer. It led to the breakup of the band, although it was at its peak in popularity. The last album was The Final, which broke all sales records as they sold 40 million copies.

As a solo singer, Michael made his debut in 1984 with the song "Careless Whisper," but he began solo performances after the band's breakup in 1986. Later, Michael released the album Faith, which won all the significant music awards of that year, including the Grammy Award.

The second album entitled Listen Without Prejudice, Vol 1 was not so successful, although there were several well-known songs. The artist considered that it was not his failure as a performer and an author, but the record label Sony did not promote the album properly. It led to the artist’s lawsuits with the company. He lost the case and stopped recording until the termination of the contract with Sony.

From that moment his career was downhill, and only six years later the album Older was released. It was interesting for some listeners in Europe. The best songs are “Jesus To A Child” and “Fastlove.” Later only collections of the best songs were released, such as Ladies And Gentlemen: The Best Of George Michael in 1998 and Songs From The Last Century in 1999.

A relative breakthrough after the stagnation was the release of the scandalous music video Freeek ! in 2003, which was very expensive. The popularity of the video was the reason for the successful release of the album Patience in 2004. In 2006, the singer went on a world tour for the first time in fifteen years. In 2014, the sixth and final album Symphonica was released, and its music pleased fans.

There were always rumors about Michael’s sexual orientation. The singer said that he was afraid of how his family would react to this. In 1991, the singer had an affair with the designer, Anselmo Feleppa, who was HIV positive.

He indirectly confirmed these rumors in the album Older. At the same time, Michael’s image changed, he began to wear a short hairstyle and leather clothing. He had a tough time in the mid-90's when his mother died, and reporters always followed reportershim.

In 1998, the singer decided to make a public statement that he was a gay. At that time, he had a relationship with a businessman from Dallas, Kenny Goss. Unfortunately, later their photos in tabloids became more interesting to people than songs, videos, albums or concerts.

On December 25, 2016, George Michael died in his home, at the age of 54. It happened in Oxfordshire. The cause of Michael's death was a heart attack. 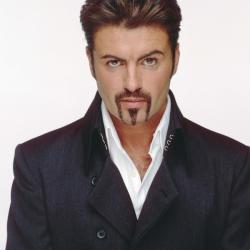