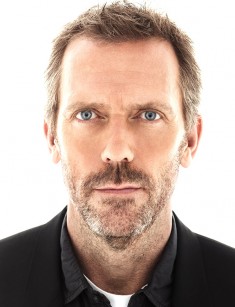 Hugh Laurie is the British actor known all over the world for the TV series “House,” “Jeeves and Wooster,” “Blackadder,” and the entertainment program “A Bit of Fry & Laurie” where Stephen Fry also took part. Apart from that, Laurie is also famous as a professional piano player, director, writer, and singer.

James Hugh Calum Laurie was born in the old British town Oxford. His father Ran Laurie was a doctor by training and amateur sportsman who even won the Olympic gold medal in rowing in 1948. The boy’s mother Patricia was a housekeeper and looked after four children; Hugh was the youngest one.

Laurie went to an independent school and later got admitted to the most prestigious college for boys in Britain, Eton. Following the example of his father, the young man was engaged in rowing, won domestic competitions among juniors, and represented Great Britain in the World Championship; he and his rowing fellow placed the fourth among pairs.

The future actor pursued higher education at Cambridge University and studied anthropology and archeology. He also continued to go in for sports, worked hard to master his rowing skills, and then got a serious injury that made the further training impossible.

At that period, Hugh joined the acting club started participating in amateur performances. He met Emma Thompson and Stephen Fry at the student theater “Footlights Dramatic Club”; this meeting meant a lot in his life.

As the young man was studying archeology, he already knew this diploma would be useless for him. Hugh’s professional acting career began unexpectedly: together with his theater friends, he put on the comedy “The Cellar Tapes” on the West End Theater stage. Because the play was broadcast on TV and had a colossal success, the trio of Laurie, Fry, and Thompson became famous quickly.

After the theater success, Hugh Laurie stepped into the world of cinematography. Initially, he appeared in TV series and had small, yet always comic roles. The tall (189 cm.), all-legs-and-wings actor was popular in comedy shows.

As soon as the actor joined the comedy series “Blackadder” cast, he gained much popularity. His bosom friend Stephen Fry also participated in that project. At the same time, the actors also created their own show “A Bit of Fry & Laurie” that made the young men stars number one in Great Britain.

On the waves of success, Hugh and Stephen adapted the famous classic writer Pelham Grenville Wodehouse’s short stories and novels. For the next three years, they were releasing the weekly TV series “Jeeves and Wooster” that presented the adventures of a hapless aristocrat and his wise servant. Later, Laurie tried himself in drama movies “Sense and Sensibility” and “The Man in the Iron Mask” starring Leonardo DiCaprio.

For a long time, comedies constituted the majority of the actor’s filmography. The children’s and family movies “One Hundred and One Dalmatians,” “Maybe Baby,” “Stuart Little,” “Fortysomething,” “The Young Visiters,” and “Girl from Rio” helped the actor demonstrate his talent of a comedian.

In 2004, Laurie suddenly changed his stage type and got the new wave of extreme popularity. In the series “House,” Laurie played a genius, yet constantly gloom diagnostician. It is interesting that the actor was working on his American accent really hard so that people who did not know the actor before had no idea they were watching a noble British playing. “House” was broadcast for 8 years. However, the actor did not limit himself to this project only.

When Hugh Laurie was a small boy he asked his parent to teach him how to play the piano. Now, the actor can play not only keyboard instruments but also drums; he is also good at playing the saxophone and harmonica. The actor demonstrated his musical talent in many movies; he also organized several charity concerts where the group of the American TV series stars “Band From TV” took part.

Hugh is the author of several songs performed by rock and blues musicians including the great hit song “If I Can't Have You” played by “Meat Loaf.” Laurie has also played for the groups “Poor White Thrash” and “Copper Bottom Band” and participated in some studio recordings.

Laurie eventually recorded his own solo album “Let Them Talk” which got into the top 10 songs in Great Britain, Germany, Austria, Switzerland, and France. The songs “You Don’t Know My Mind,” “Winin' Boy Blues,” and “St. James’ Infirmary” are considered the most popular works. The musician gave a huge concert in support of the album in New Orleans, the birthplace of blues.

The second album “Didn’t It Rain” was less successful and got to the top 10 only in Great Britain and Canada, although its professional level and geography of the box office contradicted the results in music charts. The expressive song “Wild Honey” became the best hit of the album.

Hugh Laurie’s career pertains not only to acting, music, and singing: in the mid-1990s, his first novel “The Gun Seller” was published. In 2009, the second book “Paper Soldier” was ready to be released, yet the author stopped the publication for an indefinite period.

Hugh Laurie was dating the actress Emma Thompson when he was s student and several years later after the graduation. Still, the couple never married. Although their relationship ended, they are still good friends.

The actor was also considered to be dating Lisa Edelstein, his “House” colleague. Their series characters had a romantic relationship, but the actors denied their love affair in the real life. Rumors also had it that the actor was seeing the director Audrey Cooke during the shooting in Africa.

In summer 1989, the actor married for the first and only time: the theater manager Jo Green became his wife and gave birth to three children. The couple has two sons, Charles Archibald and William Albert, and the daughter Rebecca Augusta. Laurie’s best friend Stephen Fry became the godfather of all the children.

The actor collects motorcycles; he has both the ultramodern models of Porsche, Harley-Davidson, and BMW and retro vehicles.

Besides, Hugh Laurie has popular accounts in social networks where he announces his new works and entertains his fans with his sense of humor. The actor’s Instagram account has 45,5 thousand followers; 1,37 million people read his Twitter account where the actor shares his personal opinion and publishes flashy phrases.

In 2007, Laurie became the Officer of the Order of the British Empire for his for his services to Great Britain upon the personal order of Queen Elizabeth II.

In 2016, Hugh Laurie played the leading part in the British mini-series “The Night Manager” based on John le Carré’s novel under the same title. The series also starred Tom Hiddleston, Olivia Colman, Tom Hollander, and Elizabeth Debicki. The world premiere of the first episodes of the series took place at the 2016 Berlin International Film Festival.

Hugh Laurie played the role of Richard Roper, the arms dealer. Tom Hiddleston’s character is the intelligence operative and former soldier who has to win Roper’s trust in order to spy on the weapon syndicate for two American intelligence organizations in Washington, DC and Whitehall.

In 2016, “The Night Manager” was considered the best British series in the Radio Times rating. The series was also the laureate of Emmy Award for Outstanding Writing for a Limited Series, Movie, or Dramatic Special. In 2017, “The Night Manager” was nominated for the Golden Globe Award three times; Hugh Laurie, Tom Hiddleston, and Olivia Colman got awards in various nominations.

At the end of 2016, the actor had the leading part in the series “Chance” based on the same-titled novel by Kem Nunn. Hugh Laurie personified a doctor again: he played Eldon Chance, the forensic neuropsychiatrist from San Francisco. In his working routine, he has to face difficult cases of mental disorders and complicated life situations.

Jaclyn Blackstone (Gretchen Mol) contacts Dr. Chance because of her husband’s violence and harassment. Eldon suspects that Mr. Blackstone (Paul Adelstein) is not only an abusive husband but also a murderer. The situation is complicated by the fact that the man is a police officer.

Apart from solving psychological and criminal problems, Eldon Chance tried to manage his own life, overcome the divorce and property division, and find common ground with his teenage daughter.

In 2018, the actor will appear in the American comedy series “Holmes and Watson.” Hugh Laurie played the role of Mycroft Holmes; Will Ferrell and John C. Reilly played the leading parts of Sherlock Holmes and Dr. Watson correspondingly.

Nowadays, Hugh Laurie is also engaged in voicing. The actor will voice The Grim Reaper in Tim Burton’s cartoon “The Canterville Ghost” whose premiere has not yet been announced. 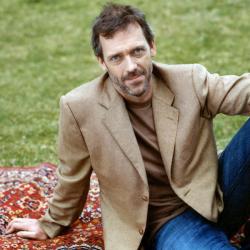