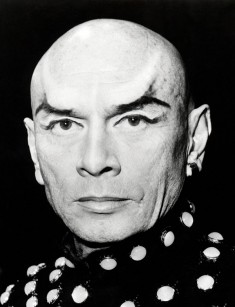 Yul Brynner (born Yuliy Briner) is a Russian-born actor who used to reside and work in the US. His parents had Swiss citizenship.

Yul was born on July 11, 1920, in Vladivostok. The year was challenging for the family: the civil war continued, and the grandfather Yuliy, a de-kulakized owner of a mine and a transport company, died four months before his grandson’s birth.

The parents named their son after the grandfather. Yuliy lived in Vladivostok until he turned seven; he was a cocky, capricious child. When the boy was four, his father left the family for a Moscow Art Theatre actress. The routine life was broken.

Brynner’s mother managed to gain the exit permit from the Soviet authorities and migrated to Harbin, China, with her children. Yul went to the best school; at this time, his music talent manifested itself. At the age of ten, he could play the guitar and sing wonderfully. In 1932, when Japan occupied Manzhouli, the mother made a decision to move to Paris.

The migration process lasted for almost a year. In fall 1933, the family finally came to the capital of France. Yul could not speak French in a proper way so he went to a special school where the language was taught. Since the very first day, Brynner became a troublesome student: he smoked, played truant, and fought with other students. In the course of time, he was expelled. When he went to a lyceum, he was not the most diligent student as well, but teachers marked his intelligence and artistry.

One day, Yul Brynner met the Dmitrievich, a Gypsy family that sang romances. 14-year-old Yul joined them soon. The audience welcomed his performances: people would come just to listen to his impressive voice. However, the cooperation with the ensemble did not last for a long time – everybody had their own plans.

Yul worked as a beach lifeguard and joined the circus for two years where he, unfortunately, fell off a flying trapeze. Because of numerous fractures, the young man’s circus career was over. During the treatment, Brynner was given opium instead of a painkiller and realized he got addicted to it. When he left the hospital, he frequented the dock where he bought the drugs that Vietnamese sailors sold. At this place, Brynner met the poet and playwright Jean Cocteau and got interested in drama.

Yul Brynner underwent treatment in Switzerland. In 1938, he came back to Paris and never again used any drugs. However, he had to face a new ordeal: his mother had leukemia. As Brynner realized that something should be done, he made a decision to seek medical help in Harbin. In that city, he met his father and his second wife Ekaterina Kornukova.

The conversations with the actress Kornukova evoked love of theater and stage in the young man. Ekaterina provided him with a letter of recommendation to Michael Chekhov who lived in America at that time. In 1941, Yul began to learn acting under his guidance and simultaneously worked as a loader, driver, and Voice of America speaker.

The actor returned to this play 25 years later. “The King and I” was a success in Great Britain and the USA: it was staged 4633 times altogether with the last show on June 30, 1985.

The actor also participated in other plays: “Odyssey,” “Lute Songs,” and others. Still, none of them was as popular as “The King and I” – people kept choosing this play to see Yul Brynner with their own eyes.

Brynner debuted in 1949: it was a crime drama “Port of New York” where Yul played Paul Vicola. In 1952, he was offered the role in the iconic movie “The Ten Commandments.” The preparation lasted for three years; Brynner starred in a screen version of “The King and I” and “Anastasia” during this period. All three projects were nominated for the Academy Award. In spring 1957, Brynner won the long-awaited prize for the role of the King.

The movies followed one another: the actor gained roles in “The Brothers Karamazov,” “The Journey,” “The Buccaneer,” and so on. In 1968, the movie “Solomon and Sheba” was released; the actor earned $1 million for this project.

Next year, Yul Brynner started working on his own movie, “The Magnificent Seven,” which was finished in 1960. While the movie was quite successful, critics’ reviews were not very positive. Since that moment, Brynner’s movie career declined. As he had no offers, he came back to the theater.

40-year-old Marlene Dietrich was Brynner’s first love; he was 21. She taught him everything a man should now. Yul was always popular among women: he had relationships with Marylin Monroe, Ingrid Bergman, and other actresses. However, Marlene was the woman he remembered until the last day of his life.

On September 6, 1943, Yul married Virginia Gilmore who helped him learn English. In 1958, his illegitimate daughter was born, and the couple split up. In 1962, the actor married for the second time; Doris Kleiner became his wife. The couple had a daughter Victoria. This relationship did not last long.

Several marriages followed; all of them were unhappy. In the 1960s, Yul visited a lot of Vietnamese refugee camps. Those people’s lives impressed the actor so much that he adopted two girls and named them Melody and Mia.

Yul Brynner smoked like a chimney – he would smoke three packs of cigarettes per day. In spring 1983, he was touring in San Francisco. At this time, the actor felt sick and went to a hospital.

Brynner was diagnosed with an inoperable form of lung cancer; the metastasis had already affected his spinal cord. The actor went on the theater stage through pain. He passed away on October 10, 1985. 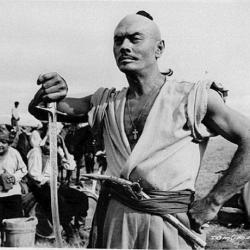