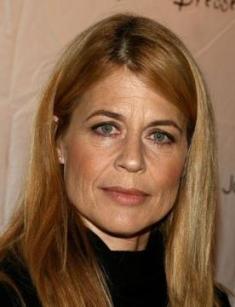 Linda Carroll Hamilton and her twin sister Leslie were born in September 1956; the future actress was six minutes older. By that moment, the parents had already had a daughter; the next year after Linda’s and Leslie’s birth, the family welcomed a son.

When the girls turned five, their father, a physician in training, died in a car crash. Later, the mother married a police chief.

The similarity with her sister disturbed little Linda. She did everything to be different from her “copy”; this struggle transformed into a significant problem when Hamilton was diagnosed with bipolar disorder. She not only had her hair cut and dyed but also made her eyelashes shorter and put on some weight. The future celebrity took anti-depressants and underwent a treatment course. She managed to overcome the disease and became best friends with her sister at the age of 30.

As a child, Linda could hardly imagine herself as an actress – she wanted to become an archeologist or firefighter. Still, the sisters often participated in amateurish performances together. As Hamilton confessed to journalists, she grew up in a dull environment and tried to read books whenever she had some spare time. All the endeavors paid off later.

In 1979, Linda Hamilton graduated from Washington College in Chestertown; the sisters went to Maryland to enter another college. Perhaps, this is when the young woman made the final career choice; she headed to New York and took up acting courses by famous Lee Strasberg.

The first steps were taken in California: the actress participated in the popular series Secrets of Midland Heights and got some recognition. 1982 brought the debut in the full-length movie Tag: The Assassination Game.

In 1984, the audience welcomed James Cameron’s The Terminator with Arnold Schwarzenegger Linda Hamilton became a star. The project seemed to be ordinary fantastic trash; nobody expected it to become such a hit. It was the turning point in the actress’s career. The sequel Terminator 2: Judgment Day was even more popular and grossed $520.8 million worldwide, winning four Academy Awards. People magazine included Linda Hamilton into the list of 50 Most Beautiful People in the world.

Besides, the artist won the MTV Movie Award Best Female Performance; by that moment, she had already had nominations for the Golden Globe and Emmy for the role of Catherine Chandler in Beauty and the Beast.

As Linda told The Belfast Telegraph, she was ready to participate in a new movie of the franchise; she would gladly play a cyborg created in the image of Sarah Connor. She joked she would need to do some sports, for the movie creators would be reluctant to create a Terminator looking like 53-year-old Sarah Connor. The actress hoped her image would look younger on the screen: she changed in comparison with the Sarah 25 years ago.

Although Hamilton was ready to work on a new project, she did not participate in Terminator Genisys – the British actress Emilia Clarke (Game of Thrones) personified the main character.

In 1982, the celebrity married her first husband, Bruce Abbott. The long-awaited pregnancy finished with miscarriage, but the spouses finally had a child, the boy Dalton. The son did not glue the family, though. Things were rough for Hamilton; she developed bipolar disorder in this marriage, and recurrent depression episodes led to the break-up.

Soon, the woman’s personal life improved: she became close to the director James Cameron during their collaboration on The Terminator. The romance caused Cameron’s split-up with Kathryn Bigelow.

In 1993, the couple’s daughter Josephine was born. The stars married officially in 1997 but divorced two years later.

Now, the actress and her children live in Malibu. She received $50 million after the divorce and continued to work. Smoking is the only bad habit bothering the woman.

The TV series Defiance is among the recent projects of the actress. It is the story about humans and aliens after a long war; the audience appreciated the fantastic thriller and Linda in her habitual genre.

Fall 2019 brought the premiere of Terminator: Dark Fate; Linda returned to the role of Sarah Connor that brought her popularity.

Fans continue to discuss their favorite’s activities on Instagram and other social networks. The woman has not said anything about finishing her career, so new exciting projects are likely to appear in the future.