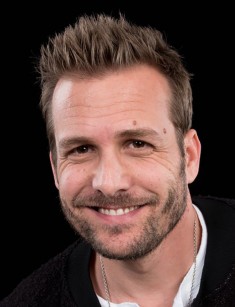 Gabriel Macht in the movie Bad CompanyGabriel Macht began his career early: he had just turned eight. It took him 30 years to turn into the star: the actor became one after he played the Manhattan lawyer Harvey Specter in the series Suits. However, fans noticed him long before the story of the company Pearson Hardman and its employees appeared on the TV screen.

The would-be actor was born at the beginning of 1972 in the continental part of New York, the Bronx. His family was close to art: the mother Suzanne Pulier was a museum curator, and the father Stephen Macht was an actor. Gabriel had a brother and two sisters. When the boy turned five, the family moved to California, closer to Los Angeles, the American show-business Mecca.

The father’s developing career determined the resettlement. It was the right decision. The American director Larry Peerce invited the eight-year-old boy to take part in Why Would I Lie? The boy successfully played the role of Jorge and was nominated for the Young Artist Awards for Best Young Motion Picture Actor.

Macht had no star sickness: the young actor realized that professionals were not born, they were made. Gabriel decided not to appear in movies until the legal age and receive the drama training. As he graduated from the middle school, he went to Pittsburgh, entered the Carnegie Mellon College of Fine Arts, and became the bachelor of arts.

11 years later, Gabriel Macht came back to cinematography. In 1991, Paul Wendkos’s drama Presumed Guilty was released. The 19-year-old actor had a minor role in an episode, so his name was not even included in the titles. Later, the actor gained the supporting role in the youth series Beverly Hills, 90210; he appeared in the titles, but no fame followed.

Only four years later, Gabriel played Johnny in the action movie Follow the River; the sitcom Spin City followed. In the first season of Sex and the City, the actor took the role of Barkley. Before the 2000s, Gabriel Macht appeared in ten projects; the melodrama The Object of My Affection, the movie The Adventures of Sebastian Cole, and the romantic comedy Simply Irresistible were the most popular projects of that period.

In 2000, Macht played the Academy Award winner William Holden in the biographical melodrama The Audrey Hepburn story. The actor seemed to have proved his proficiency: in the 2000s, he began to receive roles in full-length movies, and series were left in the past. In the western American Outlaws, Gabriel collaborated with the Hollywood stars Colin Farrell and Scott Caan.

The next year, the premiere of the drama Behind Enemy Lines took place. The production was challenging: two thirds of the time, the work was being done on the open sea, on the ship deck. Gene Hackman, Owen Wilson, and Gabriel Macht starred in the movie; Macht played the pilot Jeremy Stackhouse. The Russian actor Vladimir Mashkov played the hunter Sasha.

In 2002, Joel Schumacher’s thriller Bad Company came out; Anthony Hopkins and Chris Rock starred in the project. The role of Zack in the drama action movie Recruit was a success; the Hollywood legends Al Pacino and Colin Farrell became Macht’s stage partners.

The American’s next roles in the drama A Love Song for Bobby Long and thriller The Good Shepherd were also significant. In the latter project, the director Robert De Niro worked with the constellation of actors: Matt Damon, Angelina Jolie, Alec Baldwin, and Joe Pesci.

In the last decade, Gabriel Macht appeared in the action movie with noir fantasy elements The Spirit by Frank Miller. The actor got the lead part in this project, but the movie tanked at the box office. Macht’s acting was beyond criticism, though. Scarlett Johansson, Eva Mendes, and Paz Vega played the femme fatales surrounding Gabriel’s character.

In this psychological drama, love, friendship, and betrayal issues were raised. Critics and Macht’s fans called this movie the actor’s best work.

Dominic Sena’s Whiteout based on the comics was another significant project. Kate Beckinsale co-starred with Gabriel Macht in this movie.

The handsome actor met his wife Jacinda Barrett, the American actress of the Australian origin, on a movie set. Today, Gabriel has a stable family; he has two children: Satine Anais Geraldine (born in summer 2007) and Luca (born in 2014).

She appeared in several episodes of Suits as Zoe, the woman who dated Macht’s character.

The actor is vegetarian and supports the baseball club New York Yankees. The man’s shape is perfect: his height is 184 cm., and his weight is 87 kg.

The actor’s finest hour came as he played the successful Manhattan lawyer Harvey Specter in the legal drama Suits. Macht and his young colleague Patrick J. Adams appeared in six seasons. In summer 2016, the seventh season of the project was announced; the premiere occurred in 2017.

Fans can learn the latest news on the star’s Instagram page; the actor shares recent photos of his children and beloved wife. 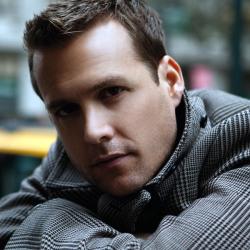