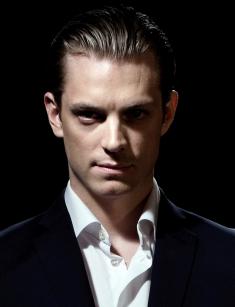 Joel Kinnaman is a Swedish and American actor famous for his roles in top-grossing movies: Suicide Squad, The Girl with the Dragon Tattoo, Easy Money, and RoboCop.

Charles Joel Nordström Kinnaman was born and raised in Stockholm. The boy’s mother, Bitte, worked as a therapist in Sweden, and the father, Steve Kinnaman, frequently traveled to Europe and back to America due to his work; the man had emigrated from Great Britain to the United States. Thanks to that, Joel has dual citizenship in Sweden and America.

Joel is not the only movie celebrity in his family: one of his five sisters, Melinda Kinnaman, is also an actress. She began to play in movies as a teenager; the TV series Modus has been her most popular project.

To master his English, the young man lived in Texas as an exchange student for a year. When he graduated from the middle school, he entered Malmö Theatre Academy and worked at Gothenburg City Theatre for more than four years. The role of Rodion Raskolnikov in the classic Russian play Crime and Punishment brought the young man the success. Swedish movie directors noticed his splendid acting there and offered him roles in their projects.

Joel Kinnaman started his acting career in his home country; before the young talent entered Hollywood, he had participated in many Scandinavian projects including the romantic drama In Your Veins, crime action movie series Johan Falk, and the screen adaptation of the popular thriller book The Girl with the Dragon Tattoo.

The mysterious movie Easy Money made the actor famous in Sweden and opened a road to Hollywood. Kinnaman did not forget the franchise that turned him into a star and appeared in the sequels Easy Money II: Hard to Kill and Easy Money III: Life Deluxe later.

The first American project, the series The Killing, was successful. The actor took the lead role and personified a police officer who investigates the murder of a teenage girl. It is a complicated case; few witnesses are found. Kinnaman’s character is a newbie in investigating murders: he used to work undercover in the criminal world and deal with drug trafficking. The man has become aggressive, cruel, and unpredictable due to his life among criminals.

In 2014, the remake of the popular sci-fi action movie RoboCop made the actor internationally famous; he got the role of another police officer, Alex Murphy, who is mortally wounded after a bomb explosion because of a conspiracy among corrupted police officers.

The tragedy is happening while the political and technological situation in the world is complicated: robots and drones are used in law enforcement agencies worldwide, but numerous protests in the United States lead to the prohibition of robot police officers. Thus, dying Alex becomes a perfect opportunity to create a hybrid that does not comply with the banning law: the robot is connected with his brain to turn him into RoboCop.

2015 brought three new movies. In Run All Night, Joel Kinnaman and Liam Neeson played a son and a father running away from a furious leader of the mafia. In Child 44, the actor personified Wasilij Nikitin; the story is set in the Soviet Union. Besides, Kinnaman had a secondary role in the fantasy melodrama Knight of Cups.

In 2016, the artist joined the cast of the popular political series House of Cards. It is the story about the humiliated and deceived congressman’s revenge to the new American president. The main character helped one of the candidates to win the victory; he was promised the position of the United States Secretary of State in return. However, the new president does not rush to fulfill the promise. In the fourth and fifth seasons, Joel played William Conway, the candidate from the Republicans.

The same year, the actor personified Elliot Baker in Edge of Winter.

The 2016 fantastic comedy thriller Suicide Squad became a hit all over the world; Ben Affleck, Margot Robbie, and Jai Courtney starred in this project as well. It is the story about a group of dangerous criminals sentenced to life. The American government offers them to join a strike team for some flexibilities. The group is to be used in hazardous, even suicide missions unofficially. The famous evil figures of the DC universe, Harley Quinn and Deadshot, become the major force; Rick Flag (Joel Kinnaman) becomes the leader of the group.

The actor did not agree to appear in comics blockbusters at once. Joel was the primary candidate for the lead role in the fantastic action movie Thor, yet he preferred other projects at that time. Besides, Kinnaman was invited to the Academy-Award-winning postapocalyptic action movie Mad Max: Fury Road, but he rejected again.

According to the artist, he did not want to accept every offer only because it was an American project likely to be popular among the audience and gross much: the script quality the level of crew and cast were the main criteria for Joel.

Joel Kinnaman used to date the American actress Olivia Munn (The Newsroom) for a long time. The actors were seeing each other while this series was aired.

In the middle of 2014, the actor met Cleo Wattenström, a popular Sweden tattoo artist. Gradually, they got attracted to each other; in April 2016, they married.

The actor regularly shares photos on his Instagram page; hundreds of thousands of people follow him there.

In 2018, Joel Kinnaman gained the lead role in the Netflix fantastic series Altered Carbon directed by Laeta Kalogridis. The story is based on Richard Morgan’s novel under the same title that was published in 2002. It is the story about the hi-tech future. Cybernetics is so advanced that a human mind can be stored in a special device; physical bodies become expendable.

Kinnaman played a hireling Takeshi Kovacs. This character is ambiguous: some people view him as a merciless terrorist while others treat Kovacs as the hero and the chosen one. There is little wonder: the man used to be one of those who stood against the new order, particularly the fact that only the wealthy had access to the hi-tech immortality.

The story is set in 2384, but the main character has flashbacks from 250 years ago when his real body was destroyed. Kovacs’s mind was frozen for 250 years until he receives a new body. The man has to choose: he may spend the rest of his life in prison or become a personal detective of the richest person in the world. 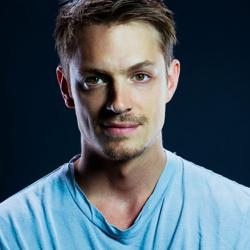