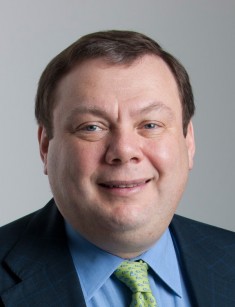 Mikhail Fridman is a Russian businessman, an owner of Alfa Group - the financial and industrial conglomerate which is considered to be the largest in Russia. Today the businessman is one of the richest people in the country, he is steadily taking his place in the top ten of Forbes rating.

Mikhail Maratovich Fridman was born on the 21st of April, 1964 in the West Ukrainian city of Lviv, in the Jewish family of Marat Shlemovich and Evgenia Bentsionovna. His parents worked as engineers at the Soviet defense enterprise. Mikhail's father became the winner of the State award of the USSR for the development of devices of navigation for the military planes. The future billionaire became the second child, his elder brother already grew up in the family. Now the family of Fridman lives in Germany, in the city of Cologne.

The businessman had spent his school days as well as many Soviet children, but Mikhail differed from his peers in his burning desire for education, preferring exact sciences – Mathematics, Physics, and Chemistry. This allowed the young man to graduate with distinction and then Mikhail Maratovich had gone to conquer Moscow in what he succeeded not from the first time.

The future oligarch had come to the capital with the objective to enter the prestigious Soviet higher education institution – Moscow Institute of Physics and Technology. But he failed the entrance exams, therefore, he had to return home and choose another institute. Fridman had chosen Moscow Institute of Steel and Alloys State Technological University in which he was enrolled next year on the Faculty of Non-ferrous and Rare-earth Metals.

Being a student of the third course, Fridman began to be engaged in business activities – he resold theatrical tickets and import goods and also became an animator in his institute. Mikhail Maratovich organized a youth nightclub in the student residence where he arranged discos and performances of the pop-stars for the corresponding fee.

In 1986 Mikhail Fridman graduated from the institute and was directed to work at the Metallurgical Moscow region plant "Elektrostal" where the graduate was admitted as an engineer to the design office. But work in this specialty hadn’t met the plans of the future billionaire, therefore, Mikhail tried to find a way to start his own business for what he had to earn the initial capital.

Mikhail Fridman earned his first big sum of money for washing windows: the young man organized the student's cleaning company in which he let the students earn some additional money to their grant. Along with the first firm the businessman opened the products delivery company "Courier" and "Alfa-foto" firm selling photographic materials and office equipment.

The significant stage in Mikhail Fridman's biography had begun from this point. Already in the late eighties, the young man founded the "Alpha Eco" enterprise which was engaged in the export of petroleum and steel products abroad. This company became the first brick of future empire of the oligarch under the name of "Alfa Group".

Already in the early nineties, the field of the businessman’s activities extended to oil refining and gas, trade in the sphere of food products and art objects, telecommunication services, insurance and investments, advanced technologies and the banking sector.

The first private bank in Russia "Alfa-Bank" in which 14 million individuals and 200 thousand legal persons got service, the "Altimo" company controlling mobile operators "Beeline", "Kyivstar", "Life" and the Turkish operator "Turkcell" became the largest offices of "Alfa Group" of Fridman. Also, Fridman's group possesses X5 corporation as a part of which there are networks of supermarkets "Pyaterochka", "Perekrestok", "Karusel", "Kopeyka" and the network of "A5" pharmacies.

In 2013 the oligarch established the international LetterOne Investment Group which works in the power and technological directions. In February 2016 LetterOne made the large investment into the development of Uber taxi service which was estimated to 200 million dollars. Also, the assets of holding include the Norwegian branch of the German power concern E.On.

Besides business, Mikhail Fridman pays attention to the charity. The businessman has established and finances the charity foundation "Life Line" which helps seriously ill children to struggle against and win fatal cardiological diseases.

In 2014 "Alfa-Bank " with personal participation of Mikhail Fridman held the first international Alfa Future People Festival devoted to modern music and advanced technologies in Nizhny Novgorod. The action has quickly attracted a great number of admirers, and in two years the "open air" has already accepted 50 000 viewers.

The personal life of Mikhail Fridman hadn’t been settled as well as his business career. Being a student the businessman married his classmate Olga Ayziman with whom he had lived about 20 years in marriage. His wife gave birth to two daughters of the billionaire– Larisa (1993) and Ekaterina (1996). But children hadn't saved their family from destruction, and at the beginning of 2000 spouses divorced.

After their separation, Olga with her children left to Paris where she got her second higher education of the fashion designer. The billionaire took his right to maintain his first family and provides his daughters a sheltered life.

Oksana Ozhelskaya, the former employee of Alfa-Bank became the second spouse of the oligarch, this time, in a civil marriage. In 2000 the girl gave birth to the businessman’s son - Alexander, and in 2006 their daughter Nika was born. The second marriage of Fridman had also broken up.

The businessman has settled in London, his way of life is called closed and not public. Mikhail Fridman doesn't use social networks including "Instagram". Photos with the oligarch seldom get to the press. It is known that, besides business, Fridman is fond of collecting samurai swords, he likes driving SUVs at high speed, he enjoys cinema, chess, and music. In 2015 Mikhail Fridman undertook extreme driving on the jeep through Iran.

In 2012 Fridman as a part of the group of 12 businessmen made a pilgrimage to Jerusalem to become a part of the Jewish nation. The businessman invests in the development of cultural consciousness of his own nation all around the world. Fridman established Genesis Philanthropy Group fund which helps Russian-speaking Jews to adapt to the national culture. The support of the movie "Russian Jews" by Leonid Parfyonov became one of the projects of this direction.

Mikhail Fridman's wealth was estimated at $13,3 billion according to the Forbes version in 2016 what allowed the businessman to take an invariable second position in the list of the richest Russian businessmen. In 2017 position of the businessman in rating had shifted: with the sum of $14,4 billion Mikhail Fridman had moved to the 7th position.

In autumn of 2017, the office of "Alfa-Bank" - Amsterdam Trade Bank which is situated in Holland was searched. The prosecutor's office of the Netherlands opened a criminal case on a number of financial crimes of the management of the bank which was accused of concealment of carrying out illegal transactions of the clients. Within the investigation, the documents and correspondence of the management of Amsterdam Trade Bank and the Central Bank of the Netherlands were seized from the archive of the organization. Within this matter, Peter Vakki – the Dutch top manager of Mikhail Fridman was arrested in Spain. 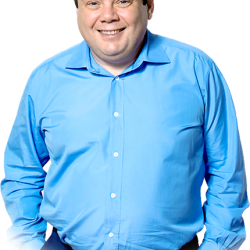