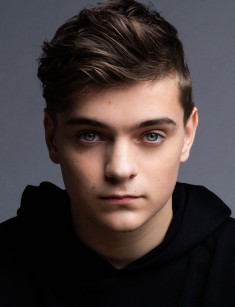 Martin GarrixMartin Garrix (real name Martijn Garritsen) is a Dutch DJ and a music producer. He became the world famous star after the release of his track "Animals". The young man was twice recognized as "the best DJ in the world" according to the "DJ Magazine". Martin's height is 175 cm, his weight is 70 kg.

Garrix was born in the village of Amstelveen, near Amsterdam. Since four years the boy became interested in music and began to take lessons of playing the guitar. Four years later Martin had seen Tiësto's performance at the Olympic Games in Athens and understood that he wanted to become a DJ.

The young man had successfully graduated from the Herman Brood Musical Academy. Even during his studies, Martin had already concluded the first contract with the Spinnin' record label. He was only 14 years old, and he became the youngest resident. Garrix managed to combine his studies and work.

At the beginning of 2000, Martin was noticed by the idol of the childhood – Tiësto. The man liked the track "Torrent" composed by the young man, and he recorded it under his label. This event inspired Garrix on the recording of his first album.

Martin's biography had abruptly changed after the release of his track "Animals" in 2013. The composition had got in TOP-10 in all European countries and became the most sold track in the electronic "Beatport" shop. After the success of the "Animals" track, the name of Martin Garrix was recognized all around the world.

Right after the release of the track, the information in the web appeared about the fact that this track was not recorded by beginning DJ. Then the young man recorded a one-hour video where he was telling in detail how he had been working on his composition. During the video, Martin had talked that he used unlicensed software.

The track "Don't Look Down" was recorded on the 15th of March, 2015 and became the answer to all the ill-wishers who were writing bad comments to Martin on the web, and were saying that Martin was a loser ad he wouldn’t reach success. The track was recorded in a duet with the vocalist Usher.

Two months later the new track in a duet with Tiësto - "The Only Way is Up" was recorded. The composition appeared to be so inspiring and vigorous that the world famous 7UP brand redeemed the rights for this track for the commercial.

In autumn of 2014, Garrix came to Russia to perform in Moscow at the birthday party of "Radio Record". The young man became a headliner of the celebration which lasted eight hours. Other eminent DJs and performers appeared on stage together with him.

In 2015 Martin performed at the musical festival "Ultra Music Festival" in Miami. During the performance, the DJ presented to public his eight new compositions. His performance lasted for an hour and had a huge success.

At the beginning of 2016, the young man had taken an important step in his career – he opened his own "STMPD RCRDS" label. In spring he released his first track under the name of the new label. During his interview, Martin said that he would record a lot of new tracks and they would be performed in different genres.

On the 18th of March, 2016 the talented DJ again performed at Ultra Music Festival. During his performance, Garrix presented new tracks which later were included in his new album.

Martin is known for his unusual advertising campaigns. For example, to warm up the attention of the public to the release of his new track "Virus", Martin and DJ MOTi faked the hack of their accounts in the social Twitter network. On their pages, they published a certain computer code which indicated the release date of the composition. In October 2016 the DJ wrote on Twitter:

"I wanted to make something in response to your fantastic support this year. :) I will release 7 songs in the next 7 days".

And he actually published seven new tracks within a week. In January 2017 Dua Lipa and Martin Garrix released a video on their joint composition under the title "Scared To Be Lonely". The video appeared to be very sexual, as well as the track. In the first day, the video collected one million viewings on YouTube.

In spring of 2017, there was one more new track of the DJ which was recorded together with Troye Sivan. The video "There For You" was on the first place in App Store, and on YouTube, it was viewed by hundreds of millions of admirers.

In November 2017 Martin recorded the song and shot the video on it with the famous DJ David Guetta. The composition "So Far Away" had entered all the world top charts during the first week and remained in TOP-10 till spring of 2018.

On the 23rd of February, 2018 Garrix together with David Guetta and Brooks released the composition under the name "Like I Do". On the 25th of February, the track headed the closing ceremony of the Winter Olympic Games-2018 in Pyeongchang. Garrix became the second DJ who was invited to the official part of the Olympic Games.

In addition, it’s worth noting some charity projects of the young man. In 2016 he performed at the Fuck Cancer and Magic Bus Festival in Los Angeles from which all the money had gone to Fuck Cancer Foundation - the fund of early cancer detection. The same year Martin began his tour with a charity concert in India which was attended by nearly 50 thousand people.

In 2017 Garrix became "the international friend" for the SOS Children's village in South Africa. The charity foundation builds houses for the children who had lost their parents and live on the street. In his interview, the DJ told that he was horrified by the children who were left without parents and any support whom he had seen.

Martin Garrix is a young, successful and popular guy. The girls constantly pay attention to him. In 2013 he had romantic relations with a popular model and artist Lynne Spoore. Their relations had lasted for nearly two years, but they separated because of difficult working schedules.

In 2015 the DJ began to meet a famous blogger Sonja Horn, but the couple broke up in summer of 2016. The young people didn't tell what was the reason for their parting, but in the web, the people were discussing the betrayal of the young man.

In spring of 2017, there were rumors that Martin was meeting the Dutch model, but the young man disproved them during his interview. Later it became obvious that he wanted to keep the details of his private life in secret.

Charelle Schrieck became his beloved girl. The girl conquers the European and world podiums, takes part in the photoshoots for glossy magazines and relaxes together with the guy. The couple publishes their joint photos, video and attends public actions.

After the triumphal performance at the Olympics closing, Garrix continued to work on his new album. The young man went to Ibiza with his family to gain strength, emotions, impressions and then to go on a tour in summer. His tours will begin on the 5th of July and will last until the 30th of August.

Knowing Martin, it is possible to assume that during his tour he will present new compositions which will later be included in the following album. It is unknown whether there will be tracks in duet with other performers, or solo compositions. 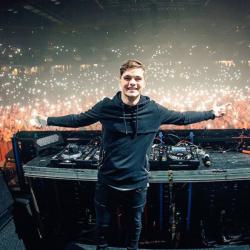