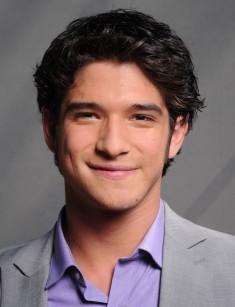 Tyler Posey and Bella ThorneTyler Garcia Posey is a young American actor and musician whose career began in his childhood. He became famous all over the world due to his role of Scott McCall in the TV series “Teen Wolf.” Today, the actor is one of the most popular American stars.

Tyler was born on October 18, 1991, in the town Santa Monica, California. He spent his childhood in another Californian town, Santa Clarita.

The actor and writer John Posey is the actor’s father. The mother Cyndi Garcia was Mexican; she kept the house and looked after three sons. Tyler has two brothers, Jesse and Derek. In 2014, after many years of courageous fighting, Posey’s mother died of breast cancer. In response to Tyler’s request, the “Teen Wolf” producers dedicated the fifth season of the series to the young man’s mother.

Since the early age, Tyler accompanied his father’s rehearsals and got interested in the movie art. Before the boy went to school, he took part in castings; since 8, he was a permanent TV worker.

The biographic drama “Men of Honor” where Tyler Posey first appeared came out in 2000. The child’s name was not included in the movie end credits, but the boy got the first experience in working for a camera and watched Robert De Niro and Charlize Theron acting.

Later, the boy took part in the series “Smallville” and “Without a Trace.” He worked together with Arnold Schwarzenegger in the action movie “Collateral Damage.” When Tyler played Jennifer Lopez’s character’s son in the romantic melodrama “Maid in Manhattan,” the audience paid a closer attention to the boy. Since that time, Posey and Lopez are good friends despite the age gap.

As Tyler Posey was growing older, he was getting more and more interesting roles. The thriller “Inside Out,” fantasy movie “Veritas, Prince of Truth,” and sports drama “Legendary” should be marked. The actor was to play in the “Twilight” saga as the young werewolf Seth Clearwater, but the director finally decided to choose Booboo Stewart.

However, Tyler was to play a werewolf anyway: Posey got the role of Scott McCall, the student who turned into a wolf after he had been bitten by a werewolf, in the mystic drama “Teen Wolf.” This project made the young actor the world’s star.

Tyler Posey did not limit himself to acting only. In 2009, he organized his own music group “Lost in Kostko” in his native town Santa Clarita and became a singer, songwriter, and guitar player. The group play aggressive pop-punk and recorded a professional studio album “You're Going To Need A Towel” which, however, had a limited circulation and was distributed among the relatives and friends.

In 2012, the bass guitar player Jeremy left the group, and the group was renamed “Disappearing Jamie.” At this time, the guys gave a concert in a prestigious night club in Los Angeles.

Besides, Tyler Posey starred in several music videos of professional musicians: he took part in the music video “Colors” by Halsey, “Secrets” by “State Champs,” “Young & Stupid” by Travis Mills, and “Our Deal” by the duo “Best Coast.”

Tyler Posey was only 9 when he met his peer actress Miley Cyrus. As the actors say, they started dating and “were together” for two years – of course, it was the childhood friendship. However, Tyler and Miley considered themselves to be a couple, and Cyrus was the first girl Posey kissed.

Later, the young man had love affairs with the actress Mackenzie Rosman and the makeup artist Seana Gorlick whom he had known since 12. Seana and Tyler lived together and got engaged. However, the couple never married: because of Tyler’s frequent trips, the young people’s relationship spoiled, and they broke up in 2014.

During “Teen Wolf” shooting, rumors had it that the actor was seeing his screen lover Crystal Reed. However, the young people denied such speculations and explained they viewed each other as siblings.

In a while, the American actress and singer Bella Thorne, the Disney series “Shake It Up” star known for her bisexuality, became Tyler Posey’s girlfriend. Tyler and Bella were dating since summer 2016 and split up in November of the same year.

In fall 2017, the actor attended the MTV Video Music Awards ceremony: he was walking the red carpet alone, but the charming actress Sophia Taylor Ali joined the young man in the ceremony hall. Thus, Posey demonstrated he was not single anymore. The couple spent the whole evening together and held hands.

Millions of fans follow Tyler’s Instagram page where the actor posts personal and working photos; the photos with Sophia are often published. Besides, the actor shares his thoughts on his official Twitter page.

Bikes are Tyler’s passion: he dreams of riding them and making one himself. The actor and his father plan to open a bike-components store.

The actor is a zombie fan. He has 16 tattoos one of which pictures this evil creature. In 2016, Tyler had 17 tattoos but he stopped liking one of them and got rid of it.

Tyler’s “Teen Wolf” colleague Dylan O'Brien is his best friend. In one of his interviews, Posey said if he had to choose whom he would bite and turn into a wolf he would select Dylan.

The actor also noticed he often talked nonsense and his stupid jokes could offend a person. In their turn, journalists mark that Tyler is one of those stars who are always friendly and open to communication.

In summer 2017, the last season of the series “Teen Wolf” came out. The young man directed several episodes.

Tyler Posey has not become a one-role actor: his career continues to develop.

In September 2017, it was announced that the actor joined the cast of the series “Scream” and took the role of Shane.

In April 2018, the audience enjoyed Tyler Posey’s work in the horror movie “Truth or Dare” where the actor had one of the major parts. As the movie runs, a company of young people begins to play the classic game “truth or dare.” Players who do not complete tasks are punished with death. Lucy Hale, Nolan Gerard Funk, Sam Lerner, and other actors also starred in the project.

In the same year, the premiere of the comedy “Taco Shop” starring Tyler Posey took place. The action movie “Decoy” is being made; the actor also plays one of the main characters. 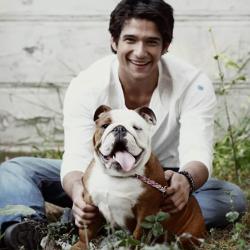