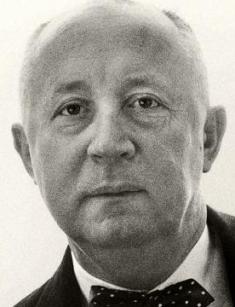 The modern world imposes standards: to live a successful and happy life one has to get a higher education, go to work in an international company, get married by the age of 25, to have children by 30 and one's own business, etc. However, if we take a look at the biographies of prominent figures of the recent past, it is clear that their way of life does not overlap with these standards. Take, for example, the great couturier Christian Dior.

The future trendsetter was born in the former fishing port of Granville, located in Normandy (France) on the banks of The English Channel. This event took place on January 21, 1905. Christian was the second of five children of Maurice Dior and Madeleine Martin. Maurice came from a wealthy family, and at the beginning of the twentieth century, he managed to increase his capital by trading chemical fertilizers, popular at that time. Therefore, Madeleine did not work, and the children got anything they wanted.

In 1911, the family of Christian Dior moved to Paris, where Maurice bought real estate. By decision of the parents, the children received primary education at home. Teachers noted the boy's penchant for the exact sciences, so the parents decided to send the child to the Institute of Political Studies (until 1945 – Free School of Political Sciences). Christian went there to study but quickly dropped out – going to the theater and attending art exhibitions seemed to him much more exciting and enlightening.

Then he began to study art. In 1928 Christian decided to open his gallery. The father refused to help him financially, so the young Dior started to look for a partner. His old friend Jean Bonjack was the right person for Christian's plans. Dior and Bonjack's gallery was not the largest in the capital, but it brought them profits. They held exhibitions of such artists as Henri Matisse, Raoul Dufy, André Derain, as well as the display of works by Pablo Picasso, made in the style of cubism.

Unfortunately, when the 1930s came, it was a difficult time for Christian. First, the doctors found mental disorders in his brother and took him to a mental institution for treatment. The next step was the death of Dior's mother because of cancer. Christian's father also couldn't withstand such pressure, ceased to follow the affairs, which eventually led to bankruptcy and sale of most of the property. In addition to all, he got infected with tuberculosis.

To somehow escape from his share of misfortunes, Dior decided to go to the Soviet Union as a tourist. During this trip, he had time to visit the museums of Leningrad (now Saint Petersburg), as well as enjoy the beauty of the Caucasus and the black sea coast. Impressions of the trip changed some of his views on life, so, returning to Paris, Christian shut down his gallery. On the advice of friends, the next step was to visit the Islands of the Spanish archipelago, located in the Mediterranean sea.

In the Balearic Islands Christian began to draw again. The reason for this was his new hobby – carpet weaving. Dior created sketches for carpets, but it was impossible to implement them. All the investors refused to give money for this business because they considered it unprofitable due to lack of demand on the market.

Returning to the capital of France, Christian decided to disconnect himself from the world of art. At first, Dior started searching for work in administration, banking, or simply in an office. But nothing good came from this venture – he was denied everywhere. The financial situation left much to be desired, so Dior decided to return to the world of art for a while to sell the painting "Paris," written by Raoul Dufy in 1925.

After the sale of the canvas, Christian sold several modern apartments belonging to him and his relatives, and the whole family, except for Christian, moved to a province. Christian himself started living with his old friend Jean Ozenne. At that time, Jean was a reasonably famous fashion artist and worked with popular magazines and the best tailors of Paris. Dior liked it, so soon he began to take lessons from both Ozenne himself and his teacher Max Kenna.

The first success did not take long to come Christian's way. Jean Ozenne started offering tailors and magazines Dior's works (mostly, patterns of women's hats), and they took them eagerly. The first publication took place in 1936 in Le Figaro illustré. After just a year, Dior's income became stable, and he began to rent his own houses.

Soon Christian became bored with drawing only hats, and he started designing clothes as well. These works delighted the lead fashion designer, Robert Piguet. In 1938, they established communication, and then Piguet offered Dior a job. Christian agreed and the following year worked under the direction of Robert. Unfortunately, then he faced the outbreak of the Second World War. Dior went to the army to go to war in the South of France.

In 1941, after seeing the horrors of war, Christian returned to Paris. Lucien Lelong, an old friend of Piguet, found out about it, and immediately offered Dior a job in his fashion house. Christian took the offer. In a short time, he managed to raise the fashion house of Lelong from its knees. As a token of gratitude, Lucien raised Dior's salary, which allowed the latter to open a perfume laboratory (which later turned into "Christian Dior Perfume") and a shop that would sell the created perfume and eau de toilette.

In 1946 Christian left Lelong and with the support of textile magnate Marcel Boussac opened his fashion house. On February 12 next year the presentation of the first collection of Dior took place at the estate on Montaigne Avenue. Couturier called it "New look."

Indeed, the new concept was far from what girls and women of those times used to wear before. The elegant and romantic style was contrasted with uniform and work clothes. Christian himself called this collection the embodiment of his ideas about the ideal woman and femininity in general. The group was a success at home, but the "New Look" outraged his American colleagues, as was written in the thematic publications.

"I would rather receive a pounding in three columns on the front page than get two lines of congratulation somewhere on the inside," Dior replied.

Besides, the Americans quickly subsided because the rest of the fashion world also liked the collection. From 1947 to 1957 Christian made up for the lost time, releasing two collections a year. Every show was an extravaganza. He released new dresses, and hats with fantastic names like "Cyclone," "Tulip," or "Vertical," which became a hit, and Paris was officially declared the capital of fashion. When Christian was asked how he managed to achieve such popularity, Dior used to say:

"Women, with their sure instincts, realized that I intended to make them not just more beautiful but also happier."

Christian succeeded, but he wasn't going to stop. He launched his perfume line based on that same perfume laboratory. The scents "Miss Dior," "Diorama," and "Diorissimo" became the most popular fragrances. In 1953, Christian managed to get Roger Vivier, a famous shoemaker all over the world, on his team. The Christian Dior fashion house began the production of shoes. In 1955 Dior worked with master Daniel Swarovski on a collection of jewelry made of rock crystals.

Christian did not forget to cooperate with the figures of theater and cinema. In 1940, he managed to create the costumes for the play The School of Scandal, staged by Théâtre des Mathurins, and in the 50s did the sketches for productions by Roland Petit. In the world of cinema Dior managed to work with such directors as Alfred Hitchcock and Claude Autant-Lara, as well as with actresses Édith Piaf, Ava Gardner, Dame Olivia Mary de Havilland, and Marlene Dietrich.

Years later, the French would film a movie about Dior, called Christian Dior, The Man Behind the Myth. The couturier was nominated for an Oscar and BAFTA for best costume design twice – for his work on Termini Station (1955) and Arabesque (1967, posthumously), respectively. Another prestigious award was the order of the Legion of Honor, which Dior received in 1950.

The great couturier was gay. His first love was Italian Pierre Perrotino, who for some time worked as a private driver for Christian. The reasons for their breakup were unknown, but it plunged Dior into depression. In subsequent years, the Christian tried to find another love, but to no avail – guys rejected him.

This continued until 1957 when Dior was introduced to the North African model Jacques Benita, who felt the same way. There were also rumors that Dior was having an affair with his student Pierre Cardin. However, apart from the words of Cardin, there is no evidence of that.

At the time of death, Christian Dior had a net worth of $60 million. In 1957, Christian experienced a period of flourishment in his personal life. At the same time, he decided to go on a diet to lose weight. Dior went for treatment to a small town of Tuscany (Italy) Montecatini Terme, where he suddenly began to have heart problems. On October 24 of the same year, he was gone.

Recent changes include the launch of collections for men in 2006. The main products in this direction are clothes and accessories.

In 2012, the post of chairman of the fashion house took Belgian designer Raf Simons. Four years later, he was replaced in this field by Maria Grazia Chiuri, becoming the first female chairperson of "Christian Dior."

To see the collection of the fashion house for 2019, as well as photos and videos from the shows, you need to go to the official website of the company.

Numerous movies, both feature films, and documentaries were filmed in memory of Christian Dior.