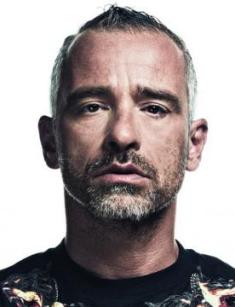 Eros Ramazzotti is an Italian singer and composer who performs in Italian, Spanish, and English. He became famous for his collaboration with many celebrities: Tina Turner, Luciano Pavarotti, Joe Cocker, and others. Throughout his career, more than 100 million copies of the artist’s albums have been sold.

The would-be singer was born in Rome, Italy, on October 28, 1963. His father, Rodolfo, was a construction worker, and the mother, Raffaela Molina, kept the house. The parents gave him the name of the Ancient Greek deity of love and passion. Eros has an elder brother, Marco.

The family lived in Cinecittà where the famous movie studio was located. Just like many kids from the neighborhood, little Eros participated as an extra in many movies. However, he wanted to be a musician. At the age of seven, the boy learned how to play the guitar on his own. Later, the father, who was an amateurish pianist, taught his son how to play this instrument; the teenager began to create his own songs.

As Ramazzotti graduated from school, he was going to enroll at Conservatorio Santa Cecilia in Rome, but the family’s financial condition prevented him from that. Eros began to study accounting; music was his hobby. The young man never got a degree, though: his music career improved soon.

In 1981, the singer performed at the Voci Nuove di Castrocaro (New Voices of Castrocaro Terme) contest and reached the final; would-be Zucchero and Fiordaliso surpassed him. This is where the DDD representative Baron Lando Lanni noticed Eros. Ramazzotti signed the first contract with the recording studio and moved to Milan; he used to live right in the studio for some period.

1982 was marked with the debuting single “Ad un amico”, but it did not make him popular. In comparison with that, the next compositions, “Terra promessa” and “Una storia importante”, earned recognition and topped Italian music charts. Following the wave of success, Eros presented the debuting album Cuori agitate that became number ten in Italy and was included in the top five songs in Switzerland. The hit “Terra promessa” from the first album gave the artist the victory at the Sanremo Music Festival.

All the further studio albums would become the leaders of Italian charts and reach high positions in other European countries as well. It is interesting that Eros had all but the first album released in Italian and Spanish so that the South American and Spanish listeners were his target audience.

In ogni senso (1990) became golden and platinum. To support the album, Ramazzotti went to his first American tour; the first show was sold-out. The Americans of the Italian origin welcomed the singer enthusiastically; he was surprised to see so many fans behind the ocean. The artist participated in The Tonight Show with Jay Leno and Good Morning America.

The double album Eros in Concert followed the next year; soft-rock fans were pleased to hear ballad songs. At the same time, the man created a new concert program and donated all the money he got from the premiere show in Barcelona.

The seventh album Tutte storie (1993) turned the singer into the internationally known star. The first single “Cose della vita” flew to the top of music charts all over the world. The American director Spike Lee created the music video for it. In 1997, Ramazzotti presented the duet version of the same song with Tina Turner; it became even more popular and got into the European Hot 100 Singles.

Later on, Eros Ramazzotti’s collaborations with other artists were also popular. In 1998, the Italian gave several concerts with Rod Stewart, Elton John, and Joe Cocker; their records were released on live albums. Ramazzotti and the Italian singer Andrea Bocelli performed “Musica è” and “Nel cuore lei” together. In 2007, the whole of Italy enjoyed the number one hit “Non siamo soli” with Ricky Martin.

In 2009, the new album Ali e radici with the lead single “Parla con me” were presented; they topped music charts in Germany, Austria, the Netherlands, France, Swiss, and Switzerland. The gift version was notable for the luxurious design of the disc and package, as well as the thick colorful brochure with photos.

In 2011, the Italian artist gained the Golden Camera award in Germany: he became the best international singer.

The audience loved Eros’s duet with Cher: they performed one of the most popular songs in Ramazzotti’s discography, “Più che puoi”. Later, the musician sang it with the Ukrainian artist Ani Lorak at the 2015 New Wave music festival. The same year, the album Perfetto was released. Besides, his collaboration with Carlos Santana, Anastacia, Adriano Celentano, and Luciano Pavarotti was fruitful.

In 1998, Eros Ramazzotti married the Swiss actress and photo model Michelle Hunziker. The couple had lived together for several years and had a daughter, Aurora (born 1996). The wedding ceremony took place in Castello Orsini-Odescalchi, Bracciano. Four years later, the spouses divorced.

In 2009, the singer met the Italian model Marica Pellegrinelli. Their daughter Raffaela was born two years later. In June 2014, the couple married in Milan. The son Gabrio Tullio was born in 2015.

Eros Ramazzotti has been a soccer lover since his childhood; he used to play for the school team. The musician supports Juventus from Turin.

The artist stood against child adoption by same-sex couples and called such families unnatural.

The Italian songwriter and singer Pino Daniele was Eros Ramazzotti’s best friend for more than 20 years. It was Eros who announced the musician’s death.

In 2006, Ramazzotti received the Order of Merit of the Italian Republic.

Today, the musician continues to give concerts all over the world. In the mid-2017, he gave a solo show in Nur-Sultan, then Astana. He had an excursion and sang his hit “Più Che Puoi” with the police officer. The video went viral on the Internet, and many fans appreciated it.