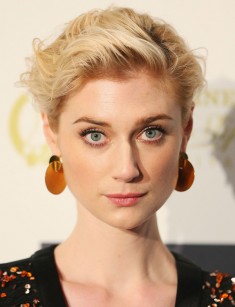 The future star was born on August 24, 1990. At that time, her parents, the professional dancers, worked in Paris. In 1995, the family moved to the mother’s home country, Australia, and settled in Melbourne.

In that city, the father got hired at the local theater, and the mother opened her own dance school. Elizabeth attended Huntingtower School in the eastern part of the city. Soon, her brother and sister were born. The girl graduated from school with honors; she was particularly good at English and Drama.

In 2007, Debicki enrolled at the University of Melbourne's Victorian College of the Arts. She was accepted. In 2009, the young woman gained the Richard Pratt Bursary award for her academic achievements; in 2010, she graduated from the university.

In 2011, the actress debuted in the comedy A Few Best Men by Stephan Elliott (Frauds, Eye of the Beholder, Easy Virtue). Xavier Samuel, Kris Marshall, and Tim Draxl also appeared in this project.

In 2014, the actress appeared in the Australian detective series Rake starring Richard Roxburgh.

The same year, Guy Ritchie’s The Man from U.N.C.L.E. came out; it was the remake and the adaptation of the 1960s series under the same title. Debicki had the chance to cooperate with Henry Cavill, Armie Hammer, Alicia Vikander, and Hugh Grant.

In 2016, several series with Elizabeth Debicki were presented. Susanne Bier’s The Night Manager was one of them; it was based on John le Carré’s book under the same title. Hugh Laurie, Tom Hiddleston, and Olivia Colman were the woman’s stage partners. In some scenes, Debicki appeared naked.

The Kettering Incident was another series. It was the Australian version of David Lynch’s Twin Peaks created by Tony Krawitz and Rowan Woods; Elizabeth had already collaborated with them during the shooting of Rake.

In 2017, the movie Guardians of the Galaxy Vol. 2 by James Gunn came out. Just like in other Marvel movies, its cast was impressive: Chris Pratt, Zoe Saldana, Dave Bautista, Vin Diesel, Bradley Cooper, Kurt Russell, and Sylvester Stallone.

At that period, the premiere of another comics screen adaptation, Luc Besson’s Valerian and the City of a Thousand Planets took place. Just like Guardians of the Galaxy Vol. 2, many famous actors starred there: Dane DeHaan, Cara Delevingne, Clive Owen, Ethan Hawke, Rutger Hauer, and Rihanna. However, the movie reviews were not as positive as in James Gunn’s case.

The actress keeps her personal life secret. She rarely uses social networks; in 2015, she abandoned her Twitter page.

Debicki is not married and has no children. The media were spreading rumors that she was dating her stage partners, Jake Gyllenhaal and Tom Hiddleston; no confirmation or denial followed.

The artist regularly appears at social events. For example, in November 2017, she visited the GQ Man of the Year party. Debicki’s fan group shared this information on Instagram and posted a photo from the event.

At the end of 2017, a new movie starring the actress, Breath, came out. The sports drama became Simon Baker’s (The Mentalist) debut as a director.

2018 was rich in projects. The prequel of Cloverfield (2008) by Matt Reeves and 10 Cloverfield Lane by Dan Trachtenberg, the fantastic movie The Cloverfield Paradox by Julius Onah was released. The movie adaptation of the 1908s popular series Widows by Steve McQueen (Hunger, 12 Years a Slave) followed. Jon Bernthal, Liam Neeson, Colin Farrell, and Michelle Rodriguez took the lead roles in this movie.

Apart from that, the English-speaking audience can hear the actress’s voice in the animated movie Peter Rabbit by Will Gluck (Friends with Benefits, Easy A). Margot Robbie, Domhnall Gleeson, Rose Byrne, and Sam Neill worked on this project as well.

Chanya Button’s movie Vita and Virginia is one of Debicki’s recent works. The brightest years of the writer Virginia Woolf (Elizabeth Debicki) are pictured here. Besides, the artist agreed to work on the upcoming movie Guardians of the Galaxy Vol. 3. 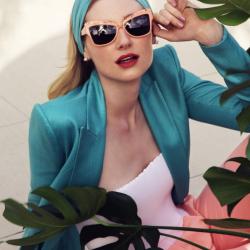