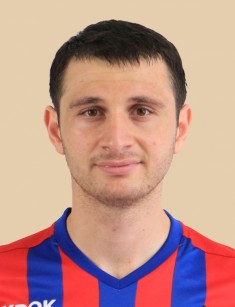 Alan Dzagoev was born in Beslan on June 17, 1990. The boy took interest in soccer from his early childhood: at first, he played soccer with his friends in a yard, then entered the soccer team Unost’ (“Youth”) Vladikavkaz, and finally mastered his playing skills in Akademiya Tolyatti. In Tolyatti, the young man proved himself as a creative player with a good speed and quick decision-making. Together with his technique, he managed to stand out in the first competition “Kozhany Myach” (“Leather Ball,” the children’s soccer competition).

The player was noticed at the competition and offered a position in Krylia Sovetov SOK Dimitrovgrad where he stayed until 2007. Overall, Dzagoev took part in 37 games and scored 6 goals. The true professional career began in CSKA Moscow: the player was invited there in late 2007. The Moscow club’s interest says a lot about Alan Dzagoev as a player.

In CSKA, Alan Dzagoev went to the soccer field against Shakhtar Donetsk during the Channel One Cup. The debut in an official game took place only on April 26, 2008, against Luch-Energiya Vladivostok.

The player demonstrated his abilities to the fullest in the game with Khimki where he was included in the starting eleven. The sportsman scored the first goal for his team and effectively assisted which demonstrated he was a top play-maker.

In the same year, Dzagoev won his first professional prize, the Russian Cup. It is interesting that CSKA was losing to Amkar Perm: the score was 0-2; however, as long as Alan Dzagoev came off the substitutes’ bench 61 minutes to the match, he helped the team change the situation and trace the game to the penalty series where the Moscow team won a landslide victory.

Due to his young age and lack of experience, Alan Dzagoev was sometimes excluded from the starting eleven. Scandals also took place. In 2011, the conflict with the CSKA head coach Leonid Slutsky was headlined: Alan was transferred to the youth team, apologized, and came back to the first eleven. Some people believe Yevgeny Giner and Leonid Slutsky’s decision was premature while others argue the young and hot-tempered soccer player should have been calmed down immediately so that his explosive nature would not prevent him from developing his professional skills.

In 2008, Alan Dagoev was invited to the national team for the first time. He debuted in the game against the German national team in Dortmund where he replaced Renat Yanbayev. After that, he substituted other players several times. On October 14, 2009, he was included in the starting eleven against the Azerbaijanian national team and formed an attacking tandem with the then star Andrey Arshavin. Besides, Dzagoev often assisted and helped with the penalties.

Alan Dzagoev’s fans expect to see the Alan they saw in the game with the Czech: the player who helped the team in the most challenging moment and brought the audience the joy of victory as well as beautiful playing.

Dzagoev had to demonstrate his best qualities after a mediocre season. He was undertaking a rehabilitation course under Mario Rugio’s governance. According to Fabio Capello’s hint remark, Dzagoev just needed to take a small step to prove himself a steady player: his temper may play a trick on him and the whole team as well. Each game is crucial for the national team, and the emotions prevail.

It is hardly possible to overestimate the importance of such players. Thanks to his universal style, Alan may become one of the most precious players, a kind of a joker. He has the potential to strengthen the right wing as a halfback or as a winger. Alan may play in the support zone since he can read the situation perfectly and sees the field. In some cases, he may be used as an attacking central halfback. It is extremely important for the player to have the necessary time to restore his energy just as it was after Roman Shirokov’s loss: the situation was urgent.

In one of his interviews, Valery Gazzaev said he considered Alan Dzagoev to be Roman Shirokov’s decent replacement. The next big games may become the turning point in his soccer career.

It is probable that the new soccer star and team leader is being born. As the previous competitions’ results have demonstrated, talented players do demonstrate their abilities to the full extent during important events and show their powerful characters. Alan Dzagoev’s career may be marked with new personal and team-related achievements.

On July 7, 2012, Alan Dzagoev married the Moscow dance ensemble “Alaniya” dancer Kutafina Zarema Abaeva. On July 21 of the next year, their daughter was born. Alan values his family: he even devoted his first Euro-2012 goal to his parents and the second one to his wife.

In 2012, Dzagoev defended his graduation thesis in the Togliatti State University and got the excellent grade. He finished the university with the PC professional degree. 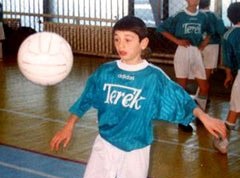