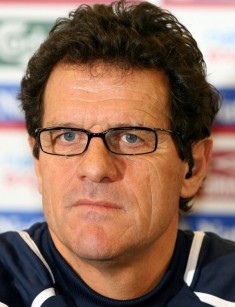 Fabio Capello was born on June 18, 1946, in Pieris, Italy in the family of Guerrino and Evelina Capello. The biography of Fabio Capello is a long and interesting way from an ordinary player to a football coach of national teams.

The sports career of Fabio was predetermined in early childhood. His father played in the third division of The Serie A Championship. Later, in the 50's, Guerrino became the coach of the eponymous football team of Pieris. Fabio’s uncle, Mario Tortul, also was a football player and once played for the Italian national team.

Fabio Capello began his career as a football player in the club "Pieris," where his mentors were his father and uncle. There, the coach of the club SPAL Paolo Mazza noticed the young football player. He was impressed by the results of Fabio and invited him to join his team. Having played only a couple of seasons in the youth team, in March 1964, Capello became the player of the first team of the SPAL club. In this club, Fabio became a professional player and was famous for his penalty kicks.

In 1967, Fabio Capello preferred Roma to “Juventus,” “Inter,” and “Milan,” who also wanted to get the player. And two years later, as part of Roma, he wins his first significant award - The Coppa Italia.

After a while, Fabio moved to Juventus, which in the first half of the 1970s won three Italian championships. After successful matches, Fabio Capello became a regular player in the Italian national team.

As part of the Italian team, Fabio was at the peak of his career in 1973. During the game with the England team, he scored the only goal that allowed the Italians for the first time to defeat the British in the away match. In 1976, Fabio moved to Milan, where he one more Coppa Italia. In 1980, Fabio finished his career as a football player.

A few years later, Fabio Capello became a coach of "Milan." While working in Milan, the first team of the club competed for the UEFA Cup. Then, for several years, Fabio stopped coaching and took up the administrative affairs of the team.

However, in 1991, Capello once again became the coach of "Milan." Many representatives of the Italian football community doubted because Capello had small coaching experience. But the achievements of Fabio Capello during his time at Milan were impressive. Under his leadership, "Milan" won in four Italian championships, the Champions League, 3 Super Cups and the European Super Cup.

In 1996, Capello headed "Real Madrid." Under his leadership, "Real" again became The Spanish football champions. However, a year later the Italian again returns to Milan because he didn’t reach a consensus with the leadership of "Real" on some issues. After "Milan," Fabio worked as a TV commentator on the RIA channel.

In 1999, Fabio Capello was appointed the main coach of "Roma," which under his command won the Italian championship in 2001 and won the national Super Cup. In 2004, Capello left "Roma" and became the coach of “Juventus.”

Despite the excellent reputation of an Italian coach, the biography of Fabio Capello has some provocative moments. For example, in 2006, Capello became a participant in a scandal that erupted in connection with the fact that Juventus was accused of match-fixing.

In 2007, Capello signed a profitable contract for four and a half years and became the coach of the England national team. Under the contract, Fabio Capello's salary was 5.5 million Euros per year. Under his leadership, the England national team participated in the 2010 World Cup. In February 2012, Fabio retired, because the Football Association decided to deprive John Terry of the captain title because of his racist statements.

According to some reports, Fabio Capello had the salary of 5 million Euros per year. However, the achievements of Fabio Capello as a coach of the Russian team fully justify this price. The Russian national team successfully played their matches in 2013 and got the long-awaited opportunity to go to the 2014 FIFA World Cup. As a result of the draw, Russia plays in Group H, where its rivals were Belgium, Algeria, and South Korea.

Fabio Capello was proposed to leave the Russian team and become the coach of the Italian "Roma" and other famous clubs, but Don Fabio said that working with the Russian team will be the last in his sports career. In January 2014, Fabio Capello's contract was extended until the end of the 2018 World Cup. There was information that the salary of Fabio Capello increased to 9 million Euros per year.

After successful games of the national team in the qualifying round of the 2014 World Cup, the Russians expected new victories in the championship finals. The coach of the Russian team said that the team was going to the ¼ finals. However, this did not happen.

During the group stage of Euro-2016, the team showed not very good results. In qualifying for the 2016 European Championship, Russia failed. The team had 8 points after six games.

Then there appeared rumors about Capello’s resignation, and on June 16, 2015, after another defeat in the European Championship Vitaly Mutko terminated the contract with Capello. The Italian specialist received payment of 21.6 million Euros. 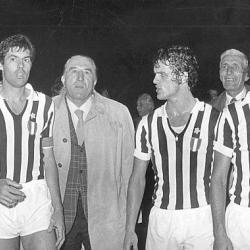